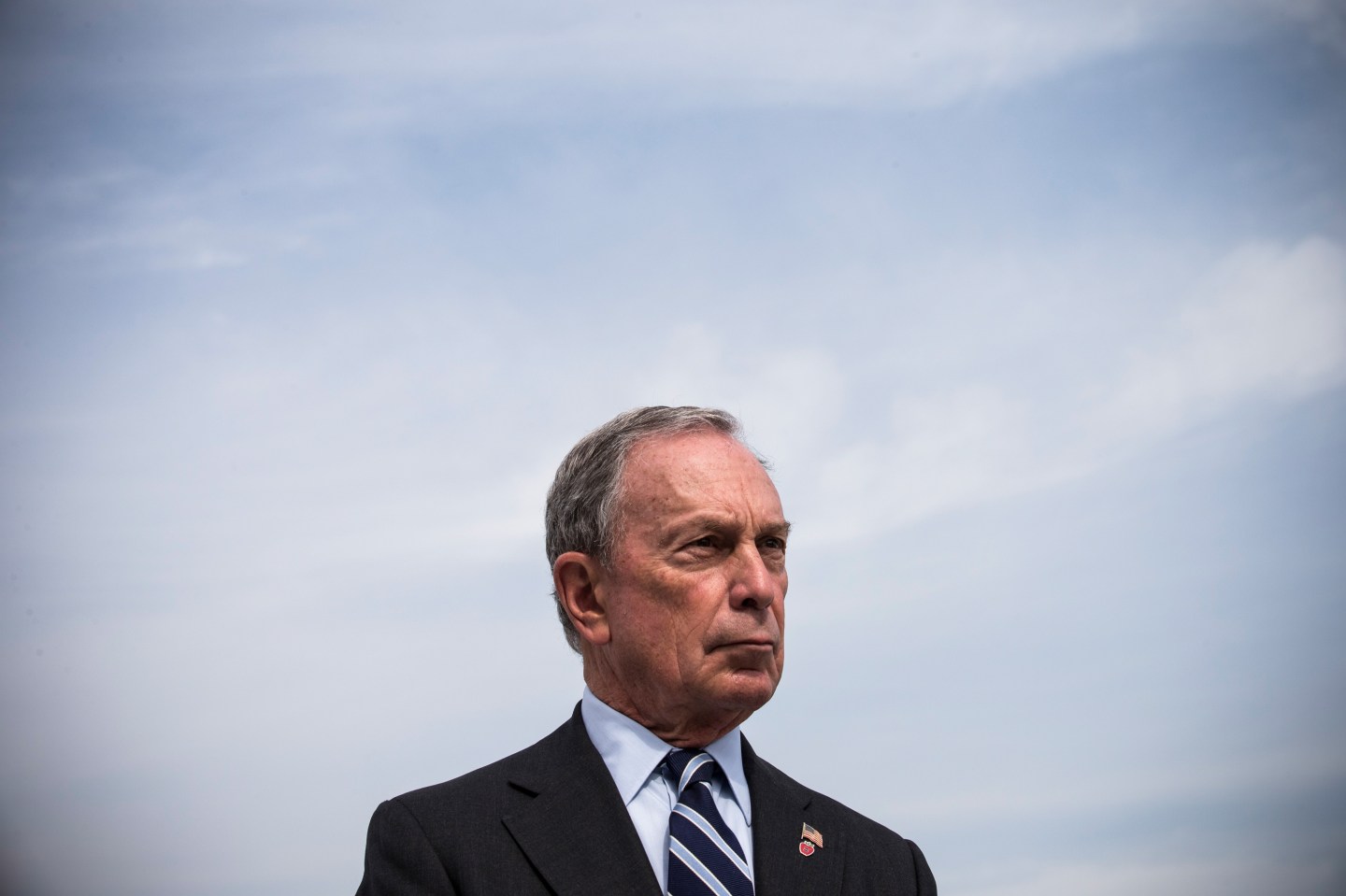 You might think it would be easy being Bloomberg—either the company or its eponymous founder, Michael Bloomberg. The former is a $9-billion data and media business that has enough staff and money to make every other media company vibrate with envy, while the latter is the well-respected former mayor of New York City and a mogul in every sense of the word. But there is an identity crisis festering at the heart of the company, despite its success, and that’s something its founder will eventually have to deal with.

A recent article by Politico outlines some of the aspects of this identity crisis, including some of the significant departures that have taken place at the media giant since Bloomberg returned. Former CEO Dan Doctoroff willingly gave up his spot to the man he refers to as “God,” and Matt Winkler—the architect of the legendary “Bloomberg Way,” a cult-like approach to journalism designed for the all-important terminal business—also headed for the exit.

But the tension at the heart of Bloomberg doesn’t really have anything to do with personnel, and it may not even have anything to do ultimately with the man whose name is on the building. Despite its size and power, the biggest challenge for the company isn’t all that different from what other media companies are facing: Its core business is slowly fading, due primarily to competition from the Web, so Bloomberg has to figure out how to transition from that business to a different one. And time is running out.

The classic view of Bloomberg is that its vast, money-spinning data-terminal business is almost unassailable, thanks to the fact that most brokers and fund managers would rather give up their first-born than go without their Bloomberg machine. Each terminal costs $20,000 a year, and there are more than 320,000 of them. But that hold is weakening as cheaper—and even free—sources of business data continue to proliferate. And the social aspect that the terminal provides via its internal messaging system is also under pressure, from things like Slack and Twitter.

In response, the company has spent a lot of money building up its free web operations, by hiring high-profile managers like Justin Smith from Atlantic Media and Josh Tyrangiel, and bringing in expensive talent to write for Bloomberg Businessweek, the Bloomberg View site and other parts of the empire. But as the Politico piece points out, all of that has also created a lot of tension between the new hires, many of whom don’t follow the “Bloomberg Way,” and the old guard.

“In a company that obsessively valued order and stability, fault lines were emerging: between the wire service and Tyrangiel’s shop, but more broadly and significantly, between data-driven terminal news and the highbrow content Bloomberg personally desired. The twin aims of making billions of dollars by churning data for the box and producing important work for the wider world, it turned out, were not always part of the ‘virtuous cycle’ envisaged by Doctoroff. They were sometimes at odds.”

There are also an awful lot of those old guard—in fact, Bloomberg has an awful lot of everything. Not only are there are dozens of reporters who just write about the stock market, there are dozens who just write about one specific aspect of the stock market. With an editorial staff of more than 2,400 people, Bloomberg has topic-specific teams that are larger than the entire writing staff of a site like Business Insider. It’s like the BBC of business news, and it’s filled with discontent according to a leaked memo from one member of the Washington, D.C. bureau.

In the long run, Bloomberg’s larger dilemma isn’t all that different from what its competitor, Reuters, has been going through for some time. However, the pressure on Reuters has been intensified because its data business doesn’t spin off quite as much cash as Bloomberg does. Reuters tried to create a web-based media operation too, spending millions to hire writers and editors and investing tens of millions in a new content system—and then a new CEO pulled the plug, saying the returns didn’t justify the investment.

At Bloomberg, the Businessweek unit and the TV operation collectively lose hundreds of millions of dollars a year, all subsidized by the terminals. According to Politico, Michael Bloomberg’s approach to all of this is a kind of corporate Darwinism, in which he pits individual staff or groups against each other in order to see which one will emerge victorious.

“Many employees describe Mike Bloomberg’s management style as putting ‘cats in a bag’ to see which will emerge alive. In a December 2013 Fortune article, the metaphor called for ‘five cats in a bag.’ In a story this year in the New York Post, it was ‘six cats.’ One source suggested to Politico Magazine that the number of cats is irrelevant. The point is not for a cat to emerge. The point is for Mike Bloomberg to have cats in a bag. Until they are all dead. ‘Then he just gets a new bag of cats,’ the source said.”

At least for now, Bloomberg’s data business generates such huge amounts of money that it can afford to take its time figuring out what a largely free-to-consumer web strategy might look like, or how it is going to transition its customer base from one to the other. In that sense, the terminal business is a little like AOL’s dial-up unit, which continued to spin off hundreds of millions of dollars long after it became obvious that the open web had won and AOL was doomed.

There’s obviously a universe of difference between AOL and Bloomberg, but the analogy still mostly fits. The data business is a lifeline, but it’s also a crutch. What happens to the company that Mike built when the crutch stops working as well as it has in the past, but those new businesses still haven’t figured out how to survive on their own?