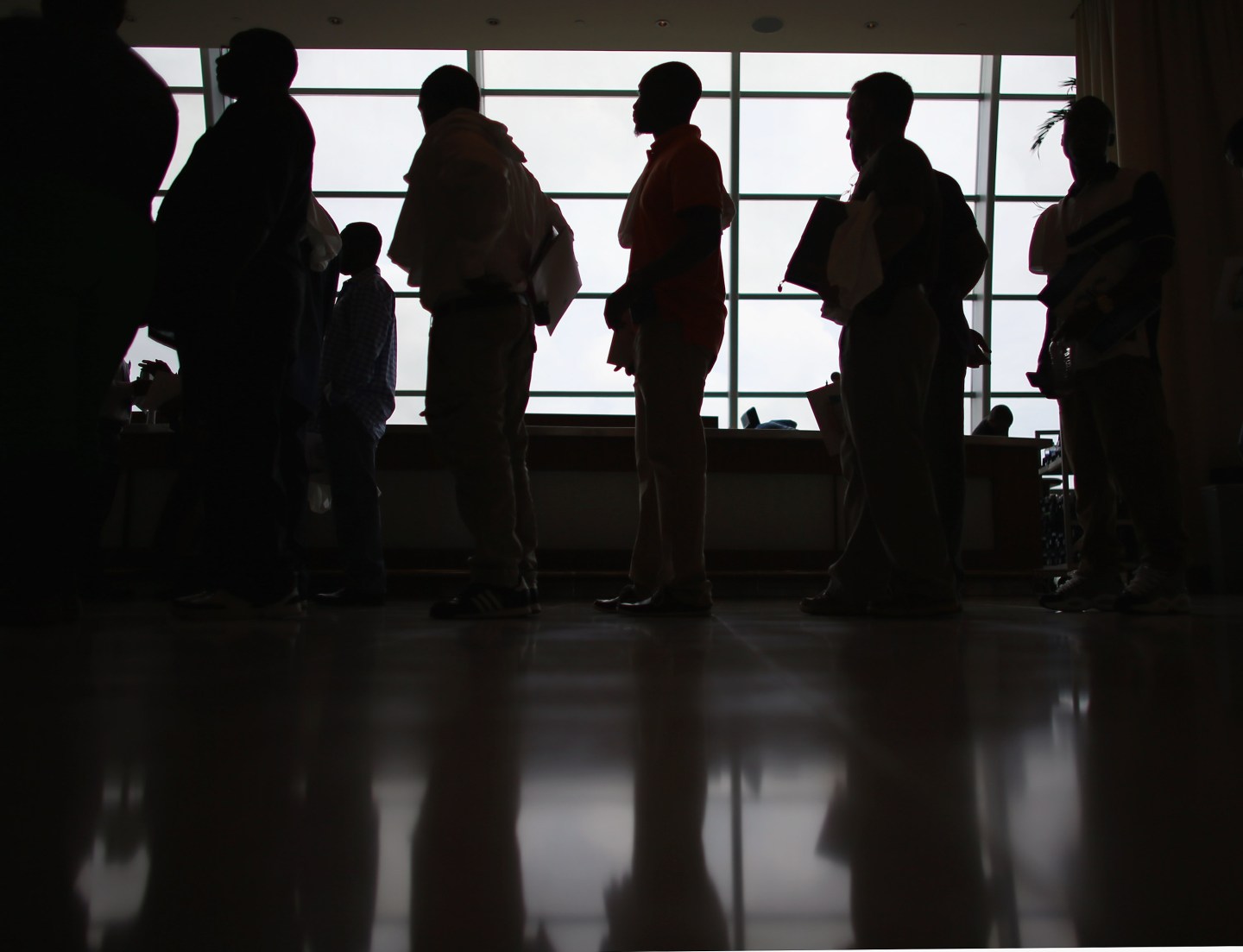 When the Bureau of Labor Statistics releases the September jobs report on Friday, experts are predicting the addition of 190,000 to 200,000 new jobs—a figure that would keep the unemployment rate at around 5.1%.

The U.S. economy has consistently created at least 100,000 jobs per month for the last three years, nudging the unemployment rate down over that time to where it stands now—a seven-year low.

Despite the relatively rosy employment data, the layoffs announced or reported this week alone—at Neiman Marcus, Walmart, and Whole Foods—serve as a reminder that workforce reductions are not a thing of the past and workers still don’t feel entirely safe.

According to outplacement firm Challenger, Gray & Christmas, employers have announced 493,431 planned layoffs so far this year—that’s a 36% increase from the same period last year and 2% more than the total number of layoffs announced in 2014.

Here are the biggest workforce cuts announced so far in 2015:

Troop reductions hit the United States Army hard and the drop in oil prices has not been kind to companies that serve the energy industry. Here are explanations for the top 10 layoff announcements:

Due to federal budget constraints, the Obama administration in July announced that it would reduce its soldier ranks by 40,000. Some of the cuts were expected as the government seeks to reduce troops levels from a wartime high of 570,000, which it reached during peak fighting in Iraq and Afghanistan. The Army's goal aims to have 450,000 soldiers by the end of the 2017 budget year.

As it prepares to split into two separate companies in November, HP cut 30,000 jobs—or 10% of its total workforce. Most of the layoffs targeted HP's enterprise services group, which handles consulting and call center support, and 3,300 came from its personal computing and printing business. CEO Meg Whitman said the company may have even more "pruning" to do as it moves towards its next incarnation. HP has eliminated somewhere between 83,000 and 88,000 jobs since Whitman took the reins in 2011

When the Obama administration reduced Army troop numbers by 40,000 in July, it also reduced the Army's civilian workforce by 17,000. The downsizing was part of an effort to meet federal budget requirements and reduce the Army's workforce from wartime highs.

In April, after oil prices had decreased by about 50%, Schlumberger—a company that provides tools and services to oil and gas companies—was forced to downsize. It eliminated 11,000 jobs—its second major round of layoffs of the year (see below).

Cheap oil has done a number on Schlumberger, which sells tools and services to companies in the oil patch. Prior to eliminating 11,000 jobs in April (see above), the company cut 9,000 employees—or 7% of its workforce—earlier in the year.

After declaring bankruptcy for the second time in five years in July, supermarket company Great Atlantic and Pacific Tea Company, better known as A&P, announced in August that it was cutting 8,500 positions at 90 locations in its home state of New Jersey.

This summer, Microsoft announced it was cutting 7,800 workers in order to shrink its phone business. The layoffs came almost two years after the tech giant bought Nokia, a deal that was criticized as Microsoft saddling itself with an aging business. In a reorganization in June, the company’s phone business was merged into the overall Windows-and-devices group.

Sinking crude prices hit oilfield services provider Baker Hughes early this year, and it subsequently cut 7,000 employees from its payroll. The 11% reduction of its workforce came after the price of crude oil plummeted by nearly 60%.

Halliburton, an oil services provider, wasn't spared from the fallout of cheap oil. The company cut 6,400 workers—8% of its headcount—in early 2015 as it scrambled to reduce costs. That downsizing came after Halliburton announced that it was slashing 1,000 jobs outside the U.S. in December.

P&G is slimming down its portfolio of brands in an effort to focus on its core products like Tide, Crest, and Pampers. In 2014 the company sold most of its pet foods brands and in July it sold its beauty business to Coty. In the midst of those divestitures, the company said it would reduce its workforce by 6,000 over two years.

Editor's note: Due to an error in Challenger, Gray & Christmas' data, a previous version of this story incorrectly included DuPont on a list of the 10 biggest layoffs of 2015.