Inside Hewlett-Packard’s PC and printer gamble 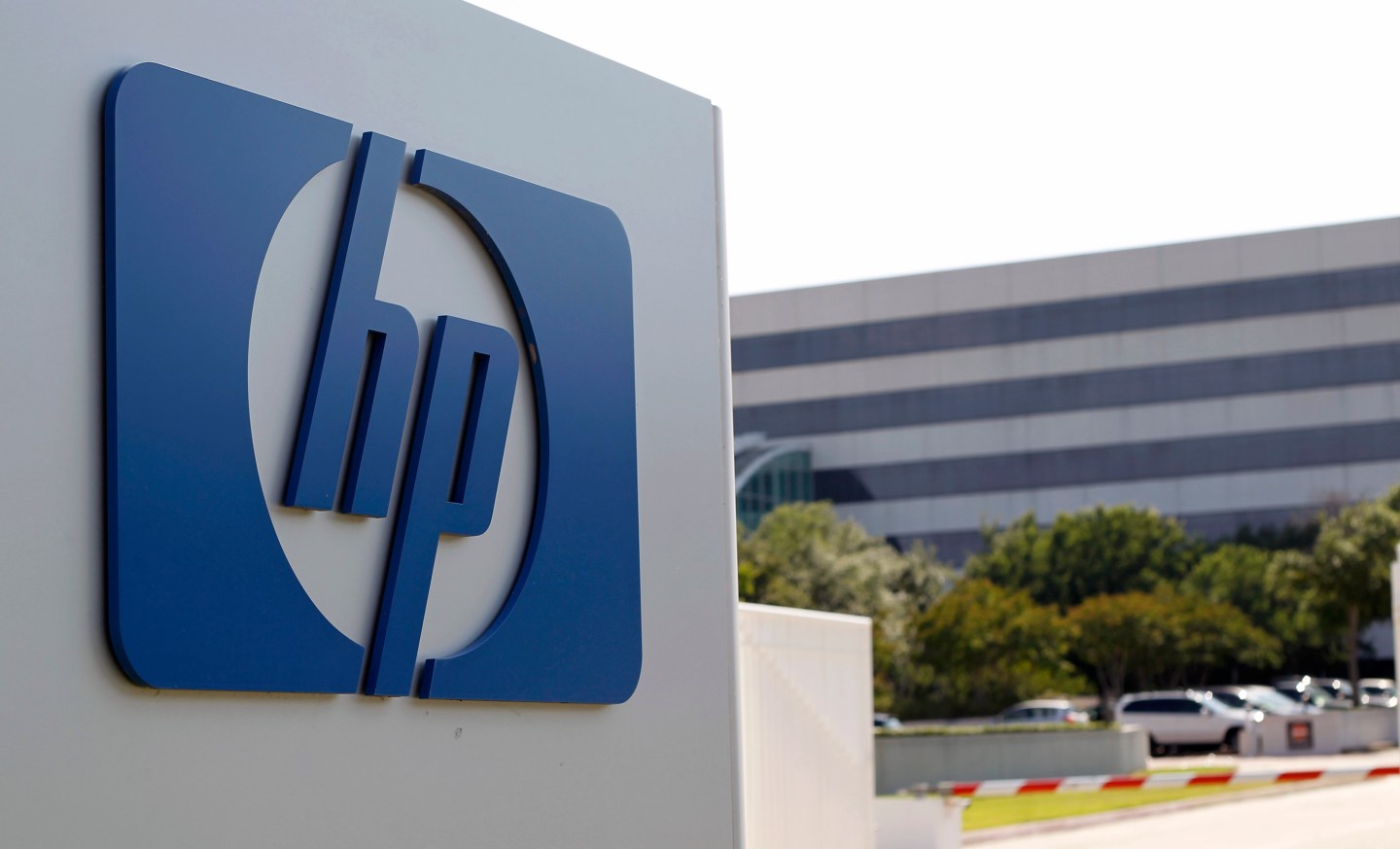 The Hewlett-Packard Co. logo is displayed outside the company's HP Enterprise Services unit in Plano, Texas, U.S., on Wednesday, May 23, 2012. Hewlett-Packard, the world's largest PC maker, will cut 27,000 jobs, or about 8 percent of its staff. Many of the cuts will come from the ailing enterprise services group, which manages data centers and provides technology consulting. Photographer: Mike Fuentes/Bloomberg via Getty Images
Photograph by Mike Fuentes — Bloomberg/Getty Images

Hewlett-Packard has a plan to revive its fading personal computing and printing businesses after they spin out into a separate company a month from now. Curiously, it involves copy machines, 3D printers, and Windows 10.

Once reliable profit centers, HP’s PC and printer divisions have become like lead weights. To reignite growth, executives have decided to throw them overboard and see if they can float on their own.

The idea is to push the newly combined PC and printer company, christened HP Inc., into new directions while doubling down on its core. Turning things around will be a tough challenge because of a nearly unstoppable shift by consumers to tablets from computers, and to digital files from printed documents.

“I’m not confused, nor is any leader about what we must do going forward,” Dion Weisler, HP Inc.’s CEO-in-waiting, said during its still-united parent’s analyst day earlier this month. “We indeed have more work to do.”

The work, which is already underway, will take on new urgency on November 1 when the PC and printer division splits from what will become Hewlett-Packard Enterprise, the business hardware and consulting company to be led by CEO Meg Whitman. It’s a radical plan for a 76-year old company that was once a tech kingpin.

Hewlett-Packard (HPQ) executives believe that the breakup will let the individual companies concentrate on growing their businesses without being bogged down by the other. But it’s clear that split is not of two equals.

During the HP’s past several quarters, the enterprise group — particularly the division selling networking, storage, and business computing gear—has been driving the company’s overall momentum. Meanwhile, the sales of PCs and printers have fallen 6% during the nine month period ending in July.

But neither of the HP’s spawn is exactly in good shape. In a house cleaning move before the spinoff, Whitman announced 30,000 job cuts on the enterprise side — with more “more pruning” possible in the future — plus another 3,300 workers in the PC and printers business.

So what will the new HP Inc. (Get it? “Inc.” sounds like “ink,” as in printer ink) do to get people excited about PCs and printers? The strategy involves a few head scratchers and some entirely new products.

Enrique Lores, who will oversee the newly formed company’s printing division, acknowledged that consumers are buying fewer printers. But he emphasized that businesses are still printing lots of documents, creating a business opportunity.

“The rumors of my death have been greatly exaggerated,” Lores joked.

Lores failed to address the trend of companies pushing the idea of paperless offices, in which digital documents are the new norm. Such setups would seem to undermine his optimism about selling more printers.

HP is also banking on 3D printing, an emerging market that is transforming how companies manufacture products. By the end of next year, HP plans to introduce its first commercial 3D printer.

Steve Nigro, recently appointed to lead the initiative, said that HP’s reputation and its focus on the low-cost part of the market would give the company “a competitive advantage” over rivals. He said that he has “no doubt the market will rapidly grow,” and that he expects HP to eventually be the market leader.

But a number of companies like Carbon3D and Formlabs have a big head start in 3D printing. Furthermore, HP has never made 3D printers and has yet to finish building the model it plans to sell.

In a research report, a UBS analyst struck an optimistic cord by saying that it’s “entirely believable that HP could become the leading 3D printing company.” The overall market, he said, could reach $20 billion in sales by 2020.

Another idea to revive HP is to make a bigger push into office copier machines, the old school technology once dominated by Xerox. HP only has 5% of the market and its executives think it can seize more, despite the general falling demand in copier machines along with printers in general.

As for personal computers, HP’s head of PCs Ron Coughlin said there are still “several tough quarters ahead,” but he expects the newly released Windows 10 operating system to help improve sales. A brand new operating system may prompt people to consider buy new computers — or at least that’s the hope.

So far, Windows 10 has received good reviews, but it’s hard to tell if that will translate into people buying new PCs. Additionally, HP rivals Dell and Lenovo will fight hard for any sales.

Still, it’s a challenge that HP believes it can win. After the company finalizes its split, it will be up to executives to make good on their grand plans in a rapidly changing market.

“Creating a future HP is a once in a lifetime opportunity and a new beginning for one of the largest tech companies in the world,” Weisler said.