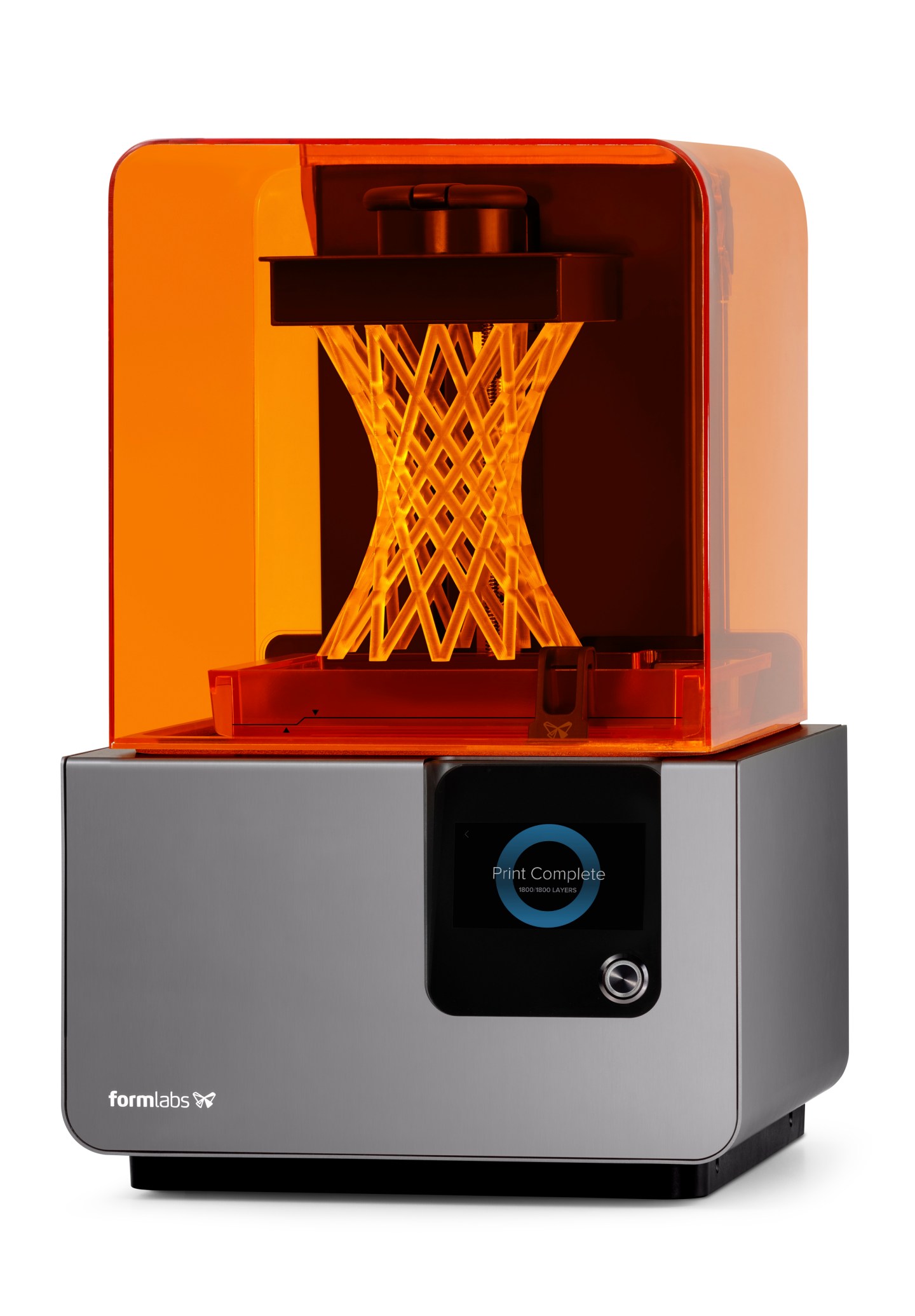 A new 3D printer has hit the market that looks like a bigger version of a traditional printer you might find next to your computer.

The printer is the latest from Formlabs, a startup that has generated a lot of buzz since it debuted in 2012. The company is focused on making 3D printers that are easy to use and that rely on high-end lasers to craft objects from resin.

The Form 2, the printer introduced on Tuesday, is bigger than its predecessor and comes with a new automatic resin refilling system.

“In many ways, 3D printing technology is following a similar path to the desktop computer,” Formlabs cofounder Max Lobovsky in a statement. “It started with mainframes, was adopted by the hobbyist and then evolved into the powerful desktop machines everyone uses today.”

Mashable reports that the new printer is simpler to operate than the previous version, but that it still takes hours to create printed objects. Because the machine is now 40% bigger than the old model, it can print larger objects, Endgadget said.

A number of companies are pushing into 3D printing, a hot sector that is seen as the future of manufacturing. In addition to startups, large companies are also getting into the market.

Earlier this month, Hewlett-Packard (HPQ) revealed that it will make 3D printing a top priority after the company splits into two separate businesses on November 1. The company currently does not have a 3D printer for sale, but plans to release its first model for businesses by the end of 2016.

For more on 3D printing, check out the following Fortune video: