Tim Cook: Apple’s push into the enterprise is only beginning 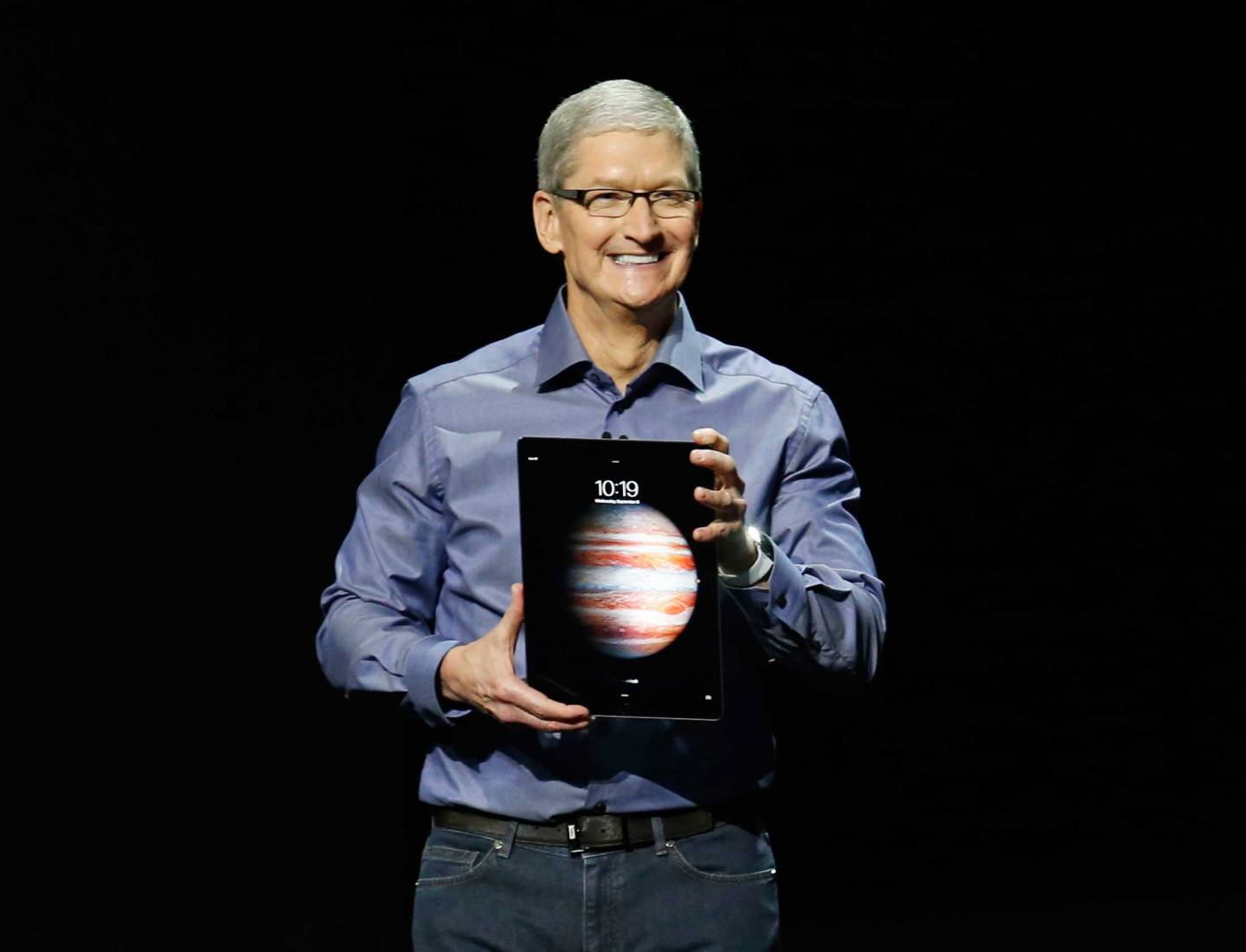 “This is not a hobby,” Cook said on stage Tuesday at the annual conference hosted by cloud storage and work collaboration company Box. “This is a real business.”

To be fair, $25 billion is just a fraction of the $200 billion in sales Cook projects Apple (AAPL) will collect this year. But it’s still a huge number for a company that has long catered to consumers with iPhones, iPads, and Mac computers.

And that’s going to change.

During a fireside chat with Box’s quick-witted CEO, Aaron Levie, Cook discussed Apple’s push to sell to businesses — punctuated with jokes and jabs by Levie as if he were the new host of the Daily Show. “Did you not get an invite to the pope, what happened?” Levie wryly asked Cook, who recently met with Chinese president Xi Jinping.

Cook’s appearance at an enterprise software conference was intended to drive home the point that Apple wants to be taken seriously as a company that can sell to businesses. For years people bought computers and devices for their own personal use while they used separate gear at work.

The rise of mobile computing has blurred the lines between work and personal use, however. People now regularly check work emails on their phones, access documents, and do other tasks that used to be strictly for office computers.

Apple has noticed this trend and has been building enterprise features in its software to target consumers who want to use Apple devices at work. Cook believes that “people don’t want to carry two pens with them,” they just want one tool that does everything.

Of course, Apple believes that its “pens” are the preferred tools of choice.

However, because Apple has not traditionally sold to businesses, it lacks the relationships required to land big business deals. “We don’t have deep knowledge of all the verticals that enterprise is in,” Cook acknowledged, referring to selling to specific sectors like the financial services and energy.

That’s why Apple has been partnering with business technology giants like Microsoft (MSFT), Cisco (CSCO), and IBM (IBM). And just to show it’s not just inking deals with these old-school tech businesses, it has also partnered with Box and electronic document startup DocuSign to make its iPad more attractive to businesses.

Cook believes that Apple isn’t too late to the game because it’s unclear which company will dominate the mobile business market. “It is shocking how many people haven’t gone beyond emails and browsing,” Cook said, referring to the opportunities for new work software that Apple could create.

And it’s not just mobile devices that Apple wants to sell to businesses. If Apple succeeds in popularizing its iPhones and iPads as business tools, more outside developers will make business software for the devices. Because developers need to use Apple computers to create the software (although there are some workarounds), the company’s PC sales could increase too.

Still, this business technology push is relatively new for Apple. It’s going to need guidance from companies like Cisco and Microsoft to really understand the technology needs of corporate customers.

It’s a trend nowadays for technology companies to partner with one another, explained Cook, because customers don’t want to buy all their products from one producer. They want a variety of products and services from a variety of players.

“You want to do business with someone that is part of an ecosystem,” Cook said. “The island days are gone,” he said referring to companies that operate in isolation.

When Cook said this, Levie couldn’t resist an opportunity for a joke, and asked Cook “Is that a reference to Larry Ellison’s island?” Ellison, of course, owns most of the Hawaiian island of Lanai.

For more about Apple, watch this following Fortune video: