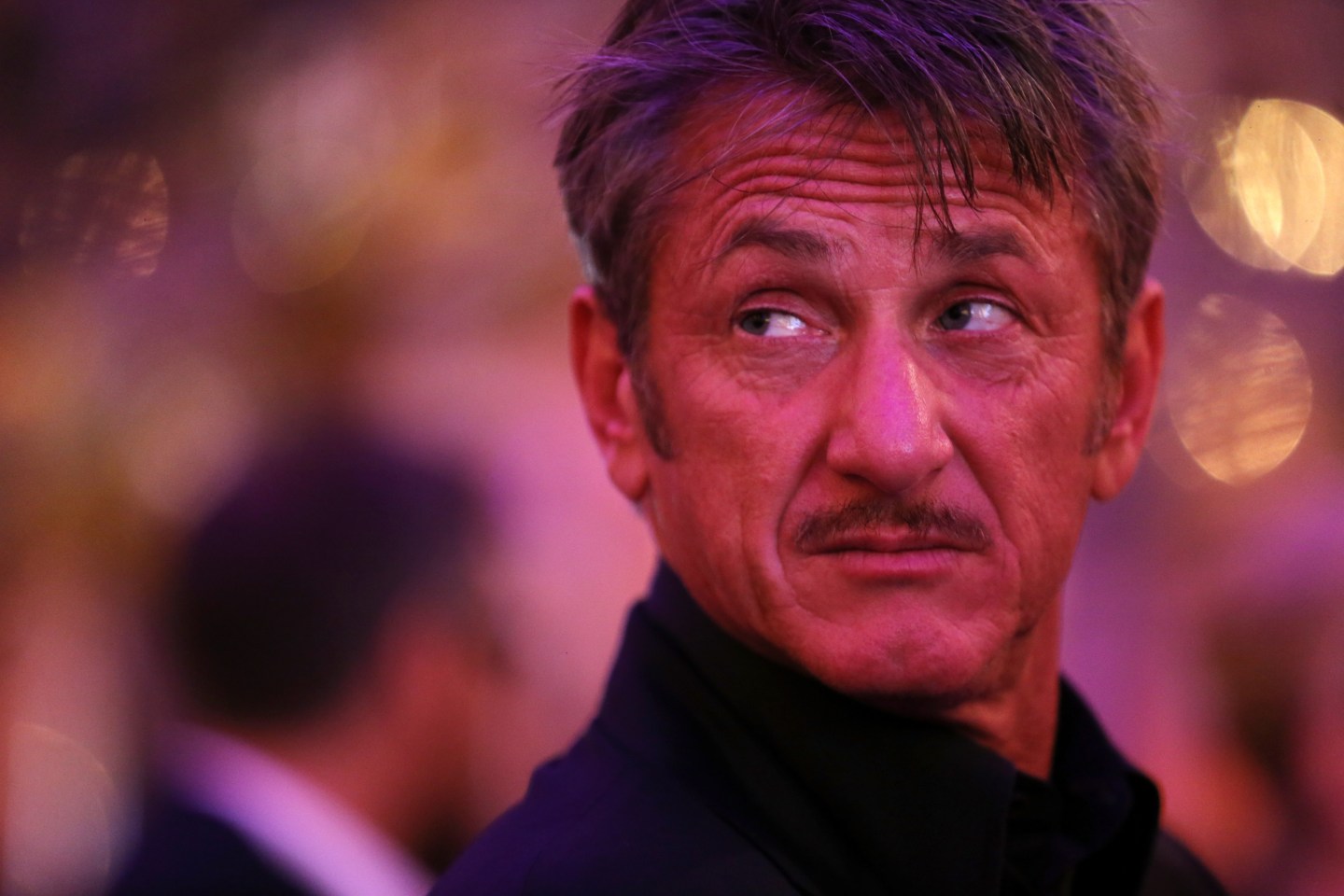 On Tuesday, actor Sean Penn filed a $10 million defamation suit against Lee Daniels, co-creator of the Fox series “Empire.” Lee reportedly had compared Penn to “Empire” star Terrence Howard, who has been accused of assaulting his ex-wife. “[Terrence] ain’t done nothing different than Marlon Brando or Sean Penn and all of a sudden he’s some f**kin’ demon,” Daniels reportedly told The Hollywood Reporter.

Penn’s attorney, Mathew Rosengart, called it a “malicious and reckless repetition of rumors and innuendo.”

Call it a sign of the litigious world we live in. On September 15, comedian Bill Cosby asked a federal judge to dismiss a lawsuit against him by his insurer, AIG, which is trying to avoid paying for his defense against four separate defamation suits brought by women who accused him of drugging and raping them. Three days later, Lindsay Lohan had a defamation suit thrown out that she had filed against Fox News Channel when a guest said that she and her mother were doing cocaine together. And on Monday, Republican presidential candidate Donald Trump sent a cease-and-desist letter to the political action group Club for Growth for airing an attack ad against him that the letter characterized as “defamatory.”

That’s all just one week in September. In part because of the rise in social media, celebrity defamation suits have become commonplace. Back in 2011, The Hollywood Reporter dubbed it the “hot new trend” and noted research shows that less than half of plaintiffs won their cases. Still, the trend continues unabated.

There are likely those who feel that having people say bad things about you is the cost of being a celebrity, especially when you’re a celebrity like Sean Penn, who’s spent 33 days in jail for assaulting a photographer. However, if a celebrity wants to mitigate the damage done by rumors, innuendo and falsehoods, a defamation suit can be an effective tool.

Fortune presents a list of some of the more high-profile defamation suits filed in recent years.

Actor James Woods is no stranger to the legal system. He’s filed a $2 million lawsuit against actress Sean Young, alleging harassment; he’s also filed a negligence suit against the Rhode Island hospital where his brother died in 2006. Both were settled out of court for undisclosed amounts, but that doesn’t mean his thirst for justice has been quenched.

In July, Woods filed a $10 million defamation suit against an anonymous Twitter user tweeting under the name “Abe List” for calling him a cocaine addict. Woods said that was completely false. “AL’s reckless and malicious behavior, through the worldwide reach of the internet, has now jeopardized Woods’ good name and reputation on an international scale,” said the complaint, which the actor filed in Los Angeles Superior Court. The case is currently pending.

In his autobiographical book “American Sniper,” former Navy SEAL Chris Kyle described a 2006 incident in which he punched out an unidentified man at a bar who had said that the Navy SEALs “deserve to lose a few,” i.e., die. He said in a 2012 interview with Bill O’Reilly that the subject of his fisticuffs was former actor, wrestler and Minnesota governor Jesse Ventura, who filed a defamation suit against Kyle that year.

Kyle was murdered in February 2013 at a Texas shooting range, but Ventura would not be deterred. He made Tara Kyle, the widow of Chris Kyle and executor of his estate, the new target of his lawsuit. He won in July 2014, walking away with $1.8 million, but Tara Kyle is currently appealing the verdict, and Ventura filed another suit against her in June for “Other Statutory Actions.”

The relationship between singer/musician Courtney Love and Twitter has been rocky. Her former attorney Rhonda Holmes filed an $8 million civil suit after the musician sent a June 2010 tweet that said the lawyer “was bought off.” Love, describing herself as a “computer retard,” said that she thought she was sending a private, direct message, not a tweet, and quickly deleted it. The suit became the first Twitter libel case to go to trial, gaining the nickname “Twibel.”

Love won the case, but the lost a defamation suit brought against her by designer Dawn Simorangkir. She sued Love over comments Love made on “The Howard Stern Show,” accusing Simorangkir of stealing from her. Love settled in August 2015 to the tune of $350,000. This doesn’t count the $430,000 that she paid to resolve a previous lawsuit, also brought by Simorangkir, after Love went on Twitter to accuse the designer of selling drugs and engaging in prostitution, according to The Hollywood Reporter.

When the movie “Birdman” was first released in October 2014, the response from movie fans was — what the hell is a “Birdman”? In the view of Christopher Woodrow, it’s a movie worth a $55 million defamation suit. In June 2014, he was removed as CEO of Worldview Entertainment, the company that had co-produced it, amidst allegations that he had misappropriated company funds. He responded by filing a defamation suit against the company and his former business partners, just as the movie was opening.

The lawsuit also cited both “intentional infliction of emotional distress” and “negligent infliction of emotional distress.” The suit is still pending, but Worldview Entertainment’s legal woes haven’t stopped. In March, Sarah Johnson, one of the company’s investors, filed a lawsuit against Worldview alleging fraud, “gross mismanagement” and “breaches of fiduciary duty,” and seeking damages in the amount of $70 million.

On the cover of the January 2011 edition of Star magazine, a delectably scandalous headline ran: “Addiction Nightmare. Katie Drug Shocker!” The Katie in question was actress Katie Holmes, and the actual article inside the magazine made no mention or allegation of drug use whatsoever. Holmes filed a $50 million defamation lawsuit against the publication. According to Reuters, Star magazine caved immediately and settled out of court for an undisclosed amount and published an apology.

Less successful was the defamation suit brought by Tom Cruise. In October 2012, as he and Holmes were divorcing, he filed his own $50 million defamation suit against Bauer Media Group, the publisher of Life & Style, which had stated on its cover that he had “abandoned” their daughter Suri, and hadn’t seen her in 44 days. However, Cruise said in his deposition that he hadn’t actually seen Suri in 110 days, and the case was settled out of court on undisclosed terms.

Correction: In an earlier version of the story, Fortune incorrectly reported that Sean Penn was charged with felony domestic assault on Madonna and pleaded to a misdemeanor. Penn was never charged. Fortune regrets the error.