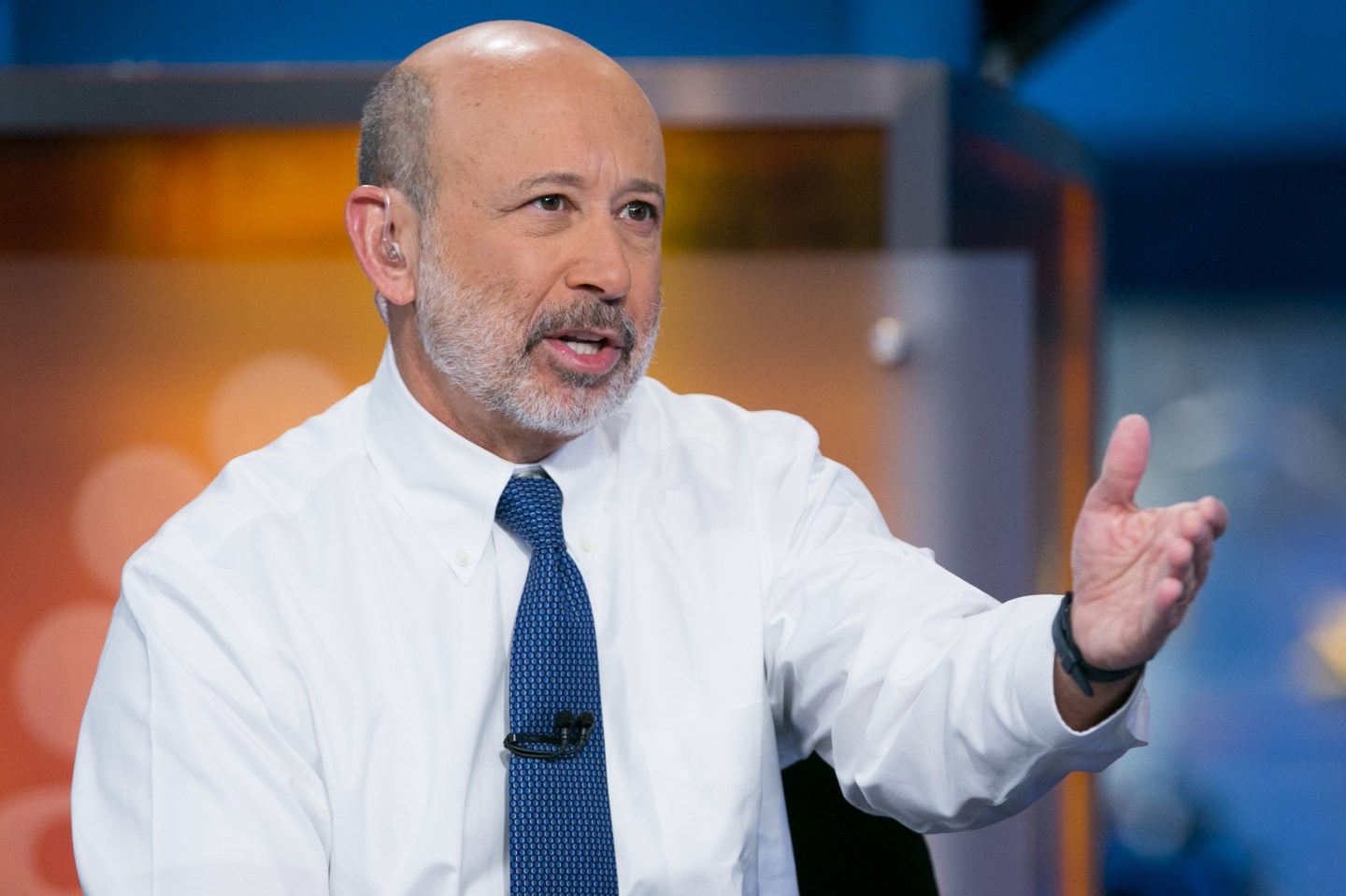 Lloyd Blankfein, CEO of Goldman Sachs (GS), announced Tuesday that he has recently been diagnosed with lymphoma. Blankfein, who said he will continue to work as he receives treatment, is not the first company executive to make that difficult decision. Here are five others.

Grove worked at Intel (INTC) since its inception in 1968, according to the company’s website. He served as CEO from 1987 to 1998, president from 1979 to 1997, and Chairman of the Board from 1997 to 2005. Grove was diagnosed with cancer in 1995 and wrote an essay about his experience—”Taking on Prostate Cancer“—that was published in Fortune Magazine in May 1996. His doctor informed him that he had a “moderately aggressive” tumor in his prostate, for which he received treatment in the form of hormones, high doses of implant radiation, and external radiation. It was an aggressive treatment that lasted 28 days, during which he continued to work at Intel. A typical day started with a hospital appointment at 7:30 a.m. He would then go straight to work, leaving at 4 p.m. for an hour-long nap, and then complete his workday from home. He was able to beat his disease and continue working at the company. Today, many consider him to be a legend and a role model for how to lead a business.

Benmosche came out of retirement in 2009 to lead the insurance company through the financial crisis, when it received a significant government bailout. In October 2010, less than a year back at the job, he was diagnosed with lung cancer. He received aggressive treatment while continuing to work at the company. Under his leadership, AIG was able to fully repay a government bailout by 2012—a task that not many thought could be accomplished. He planned to re-retire at the end of 2014. CNN reported that his plans accelerated when his doctor told him in May 2014 that he only had 9 to 12 months to live. Peter Hancock took over as CEO on Sept. 1, and Benmosche stayed on in a consulting role. He passed away on Feb. 27, 2015.

Jobs was diagnosed with pancreatic cancer in 2003, which has only a 20% survival rate through the first year. He was always very vague about his health since the time he learned about his diagnosis and didn’t reveal it publicly until after his first surgery in 2004, according to ABC News. Jobs wrote an email to Apple (AAPL) employees saying that the surgery was successful. His health became a topic of discussion in 2006, and then again in 2008 when people began to notice that Jobs was getting very thin. The New York Times reported that it was not life-threatening, and not a cancer relapse, but was “more than a ‘common bug.” Jobs took a medical leave from the company in 2009 to receive a liver transplant, and then returned to work after recovering from his surgery. He took another medical leave in January 2011, and supposedly went to Switzerland to receive treatment that was not approved in the U.S. He remained on as CEO during that time and was involved in all major strategic decisions that were made at the company. In August 2011, he sent another email to the company saying that was stepping down because his health has made it impossible for him to meet expectations as CEO. He died just a few months later on Oct. 5.

Buffett was diagnosed with prostate cancer in April 2012, and was lucky enough to have caught it early. His first week following his diagnosis was business as usual. He and his doctors decided on radiation treatment. Many were surprised by this course of action. Reuters spoke to various experts on the subject who said that active surveillance, otherwise known as “watchful waiting,” is just as viable an option when the disease is still at Stage I, especially for an 81-year-old. Buffett wrote a letter to shareholders to inform them of his situation and let them know that he would be starting a two-month treatment in mid-July of that same year, and ensured them that he would let them know if there was any change. The New York Times reported that his treatments ended the following September. According to the Washington Post, there was no significant change in Berkshire Hathaway’s (BRKA) stock price during this time, suggesting that investors were not worried that his condition would affect how the company is run.

Dimon announced in July 2014 that he had been diagnosed with throat cancer. He added that it was treatable and that he would remain at the company as CEO, a decision of which the board said it was “totally supportive.” He has been CEO of JP Morgan (JPM) since 2005 and chairman since 2006, and was one of the few CEOs to keep his job following the financial crisis. Investors feared his leadership would be compromised, and shares in the company fell immediately after his announcement. He told the Wall Street Journal: “I took naps when I had to, went home early, and there were days when I was in treatment all day long.” His treatment lasted 8 weeks, and he would typically go into work after his morning appointments. Just five months after he announced his diagnosis, he was able to announce that he was cancer-free. Shares in the company immediately went up and he went back to working full time.