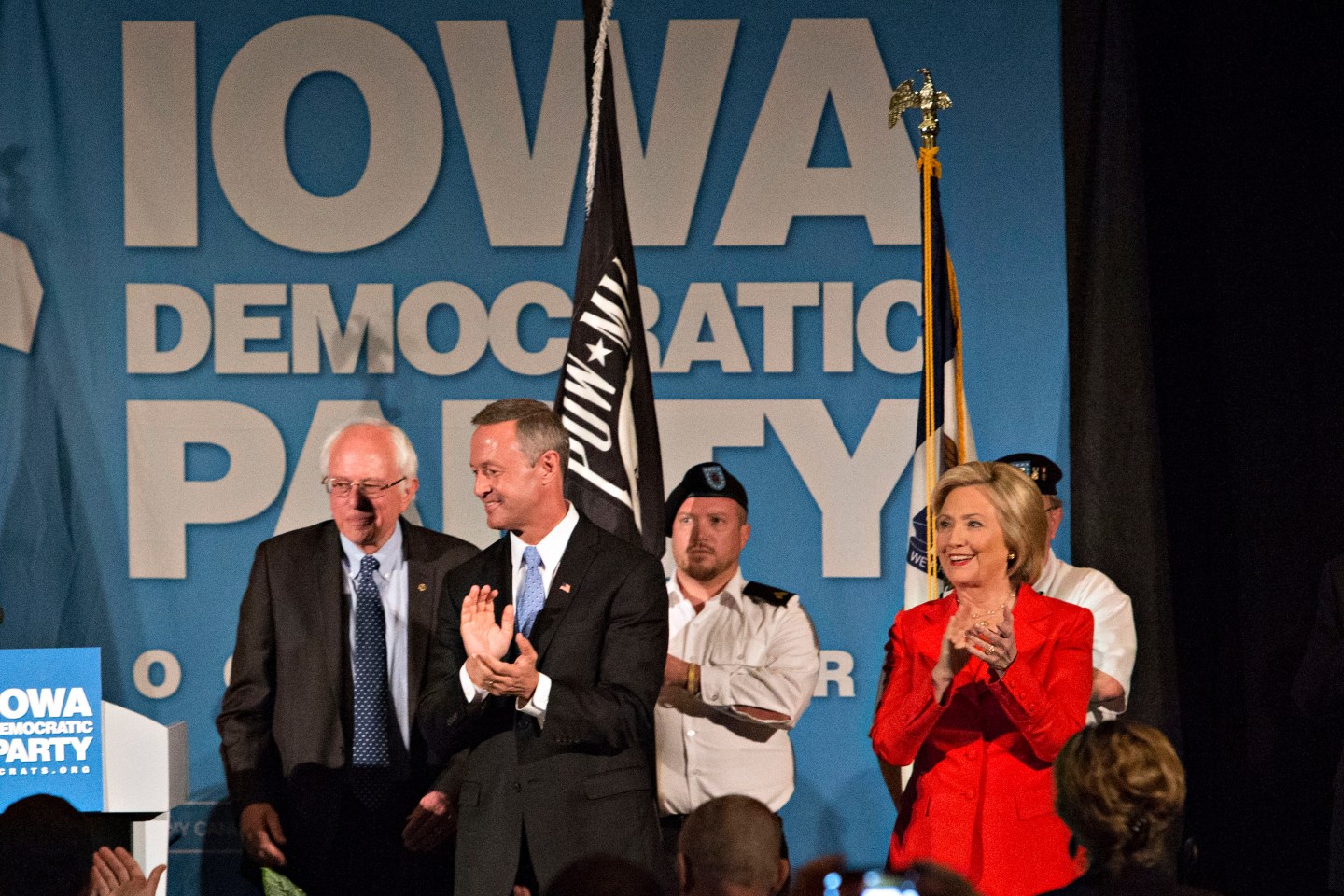 Hillary Clinton will announce a detailed plan to reduce the cost of prescription drugs and build on President Obama’s Affordable Care Act, as she seeks to head off a strong primary challenge from liberal Vermont Sen. Bernie Sanders.

Clinton will reveal her plan on Tuesday in Iowa, where Sanders is edging her out in some recent polls. Her proposals would more tightly regulate pharmaceutical companies and aim to significantly reduce drug costs, particularly for seniors.

Under the plan, monthly out-of-pocket costs for all patients would be limited at $250 per month for individuals, which her campaign said would help up to one million Americans. She would also require pharmaceutical companies to pay higher rebates to Medicare in exchange for the federal program insuring prescriptions drugs, a measure her campaign says would save the program $100 billion.

The Democratic frontrunner has made controlling healthcare costs a key theme this week and began talking more in depth about costs on Monday during a campaign visit to Baton Rouge, La.

“As your President, I want to build on the progress we’ve made,” Clinton told a group of voters Monday. “I’ll do more to bring down health care costs for families, ease burdens on small businesses, and make sure consumers have the choices they deserve.”

“And frankly, it is finally time for us to deal with the skyrocketing out of pocket health costs, and particularly runaway prescription drug prices,” she added.

Clinton and Sanders both support similar measures to reduce the costs of prescription drugs but have profoundly different visions of healthcare in the United States. The Democratic frontrunner supports continuing to build on the Affordable Care Act with legislation to reduce healthcare costs, while Sanders believes in replacing Obamacare with a single-payer system of the kind common in Canada and Western Europe.

The Clinton plan would set up stricter controls on advertising by the pharmaceutical industry, which has often been criticized for being misleading and expensive. For example, the United States is one of the few industrialized nations that allows direct-to-consumer advertising of pharmaceutical drugs; a 2004 study by the FDA found that 58 percent of doctors agreed that ads make drugs seem better than they really are.Clinton’s plan would require that companies receiving federal support to invest in research, and it would set up a tighter review process by the FDA of pharmaceutical advertising.

Clinton’s plan would also allow Medicare to negotiate drug prices, using its leverage and purchasing power of more than 40 million enrollees to drive down drug costs. It’s a measure Clinton supported during her 2008 campaign.

Just two days before she announced her plan, Sanders campaigned in New Hampshire on a similar message of reducing healthcare costs, speaking with seniors at the Riverwoods Retirement Community in Exeter, N.H., about the rising costs of prescription drugs.“Today, Americans pay, by far, the highest prices for prescription drugs anywhere in the world,” Sanders said on Sunday.

Sanders’ plans to address rising drug costs are similar in important ways to Clinton’s. He has introduced legislation that would also allow Medicare to negotiate with pharmaceutical companies to lower the prices of prescription drugs. Sanders also supports allowing the importation of drugs, and his legislation calls for individuals and pharmacists to import generic versions of prescription drugs from Canada, where drug prices are significantly lower than in the United States.

On Monday, he joined Rep. Elijah Cummings in writing an open letterto Turing Pharmaceuticals, the maker of a drug whose price skyrocketed from $13.50 per tablet to $750 after the company was purchased. The letter came the same day that Clinton tweeted that the drug’s price hike was “outrageous.”

Despite the similarities in the two Democrats’ plans, however, they have a fundamentally different vision of healthcare in the United States.

Clinton has made the defense of Obamacare a key platform of her campaign, vocally supporting of the Affordable Care Act and strongly criticizing Republicans for their calls to repeal it.

Sanders has offered a more radical plan, supporting a single-payer system of the kind common in Western Europe and Canada. Sanders’ proposal would establish healthcare as a right to all U.S. citizens and be paid for through government spending. Under his plan, for-profit health insurance companies would provide only supplemental coverage.

Clinton has stood by the Affordable Care Act, repeatedly praising different aspects of the law, such as a provision that allows young people to stay on their parents’ insurance until they turn 26, an increase in the number of insured Americans and a measure that bars insurance companies from denying coverage for preexisting conditions.

The primary fight foreshadows another argument in the general election with the eventual Republican nominee, which Clinton has already started preparing for. As she announced her plan, Correct the Record, a super PAC supporting her campaign, released a barrage of facts detailing Republicans’ stance on prescription drugs.

Sanders, who voted for the Affordable Care Act, says the legislation made important first steps, but also has said repeatedly he views health care as a human right.

Republicans, meantime, were quick to attack Clinton’s support for the Affordable Care Act.

“Hillary Clinton’s renewed embrace of Obamacare—with its job-killing mandates, higher premiums, and broken promises—shows just how desperate she is to change the subject from her growing email scandal,” said RNC spokesman for Michael Short on Monday. “But by doubling down on a failed law voters have always opposed, Hillary Clinton is once again reminding them how out of step she is with them on the issues.”