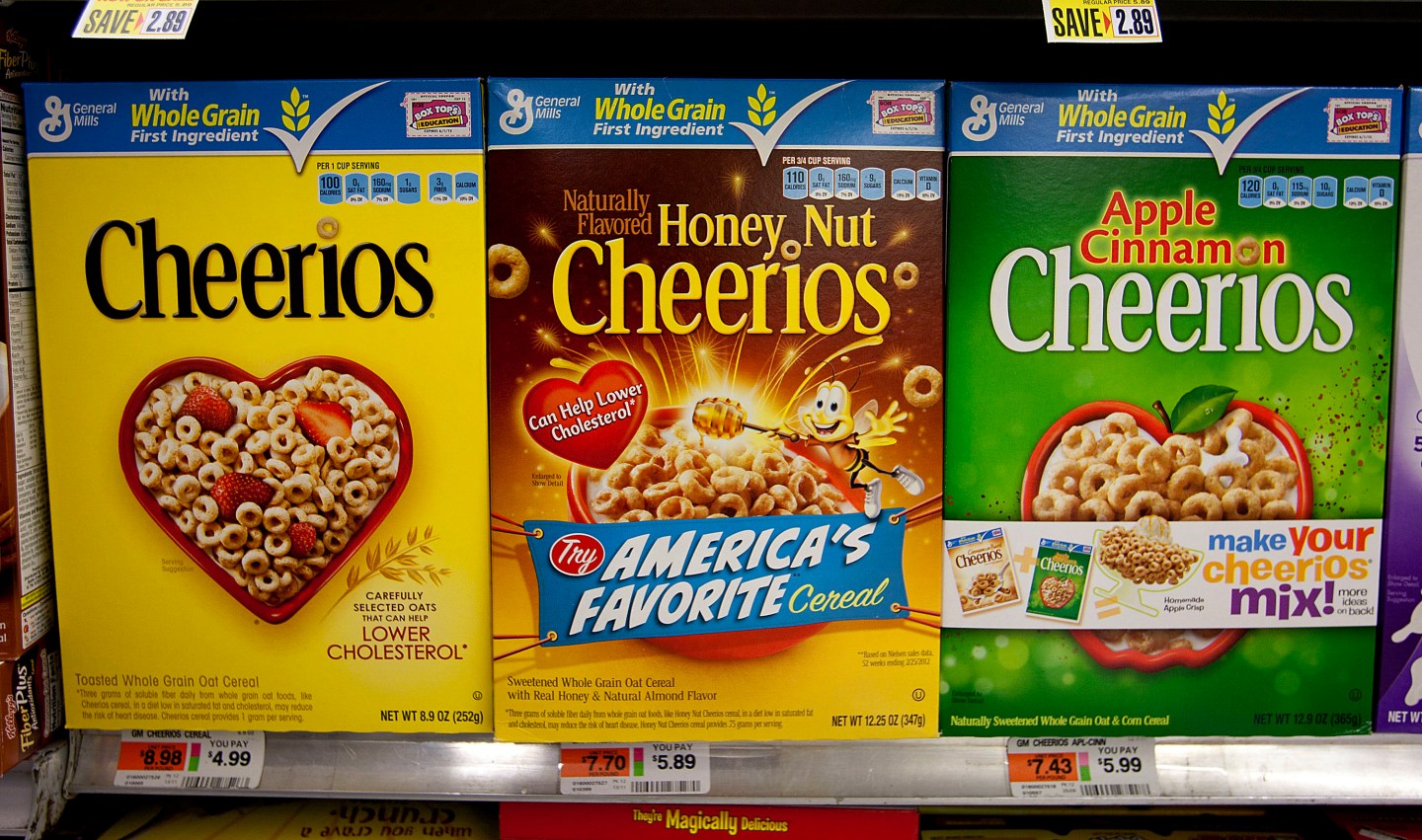 With its cornerstone cereals business under pressure from changing consumer tastes, General Mills (GIS) has been looking to innovate the category to get a boost.

And the packaged foods company already is seeing some signs it is paying off: its new gluten-free Cheerios cereal is just hitting shelves and off to a promising start, the company said on Tuesday as it announced its first-quarter earnings results.

Cereal sales rose 6% last quarter, improving for the fourth straight quarter in a business that includes brands such as Cheerios, Chex and Cinnamon Toast Crunch. The company was helped in part by moderating industry declines in a category many customers have dropped as they shift to foods seen as healthier. General Mills’ U.S. retail sales rose 3.6% to $2.53 billion.

Beyond cereal, Big Food companies in general have been scrambling to make their food healthier, or at least be seen that way. This year, Kraft said it would remove synthetic colors and artificial preservatives from its iconic mac and cheese; Tyson is eliminating the use of human antibiotics in its chickens raised for meat; General Mills has cut sugar by 25% in its Yoplait yogurt; and Hershey plans to move to “simple, easy-to-understand ingredients” across its entire portfolio.

For General Mills, cereal makes up about 22% of General Mills’ sales, so improvement in that area is crucial to improving overall performance.

“I feel like we’re about to turn the corner in cereal sales,” CEO Ken Powell told analysts on a conference call.

Powell told the analysts that some 90% of Cheerios products will be gluten-free, and the company’s cereal business unit is working on an aggressive marketing campaign to get the word out. For instance, General Mills is planning a massive merchandising event for the Cheerios comparable only to its back-to-school promotions.

It is also creating materials about its gluten-free products at point-of-sale areas in stores. General Mills is planning to use the halo it hopes to get from the gluten-free cereals to promote other products as it looks to burnish a reputation for a healthier food.