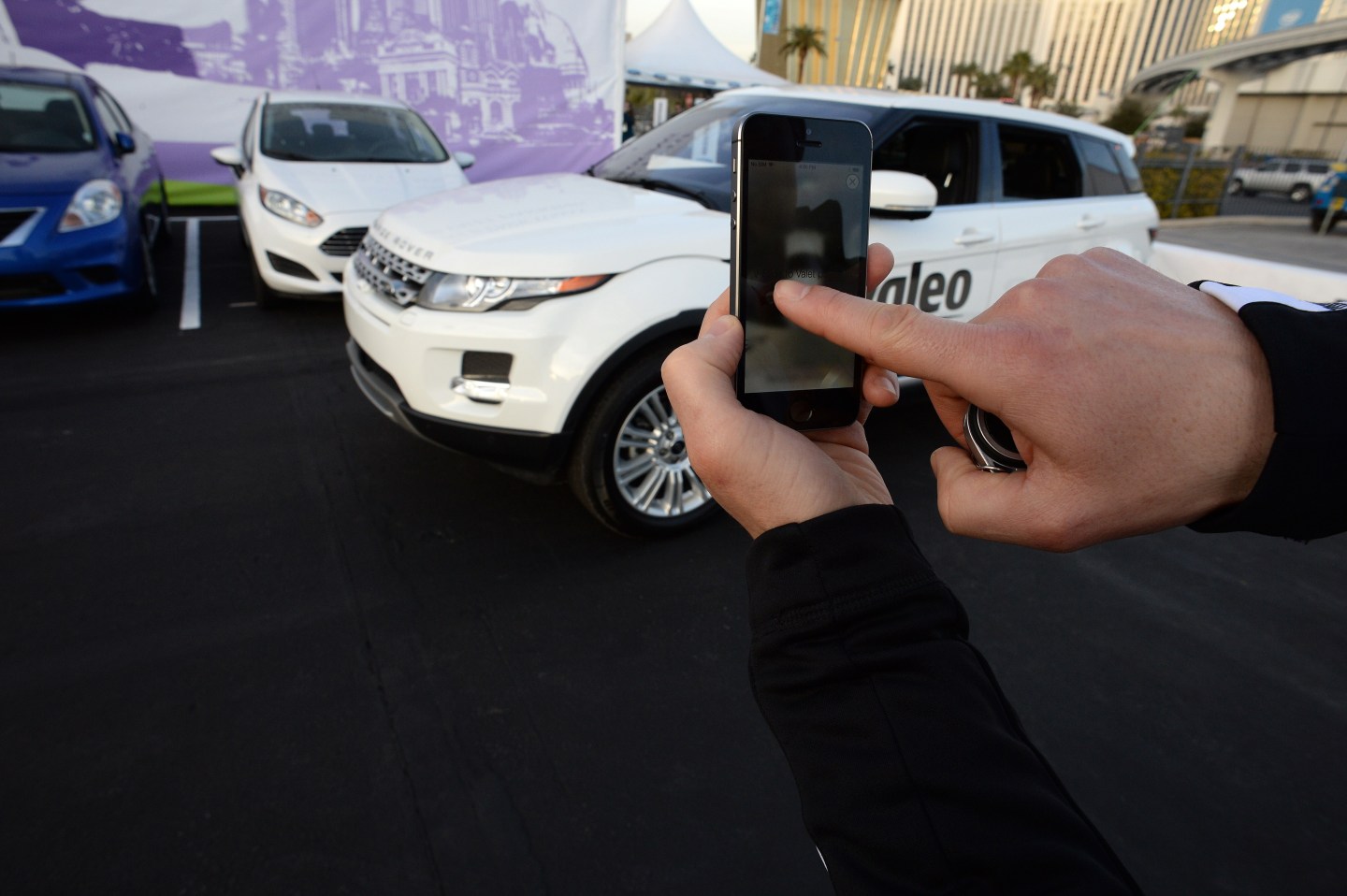 A Valeo representative swipes his finger across an iPhone to initiate a self parking demonstration at the 2014 International CES in Las Vegas, Nevada, January 8, 2014. The car, a Range Rover Evoque with Valeo self-parking technology, is equipped with 12 ultrasonic sensors, six in back and six in front, a laser scanner mounted in the grille, and four cameras.AFP PHOTO / Robyn Beck (Photo credit should read ROBYN BECK/AFP/Getty Images)
Photograph by Robyn Beck — AFP/Getty Images

Americans don’t trust self-parking technology. But maybe they should.

Some 80% of American drivers are confident in their parallel parking abilities, according to a survey by AAA. However, the organization found in a series of tests that self-parking technology outperformed manual parkers in number of curb strikes and maneuvers, speed, and accuracy. Drivers lost out even though they had help from a standard back-up camera in the car.

AAA and the Automobile Club of Southern California’s Automotive Research Center tested self-parking features on five vehicles: a 2015 Lincoln MKC, a 2015 Mercedes-Benz ML400 4Matic, a 2015 Cadillac CTS-V Sport, a 2015 BMW i3 and a 2015 Jeep Cherokee Limited.

Self-parking tech does have its issues. AAA found that some systems parked the vehicles exceedingly close to the curb, which left wheels and tires vulnerable to scratches and costly repairs. Some systems left as little as a half-inch buffer. AAA recommends drivers leave 6 to 8 inches between the vehicle and the curb when parallel parking.

Self-parking technology might do a better job, but drivers just aren’t ready to give up control of the wheel. Only one-in-four drivers who responded to the AAA survey said they would trust this technology to park their vehicle.

And therein lies the conundrum for automakers, which are under industry pressure to add more technology to their new vehicles. In-vehicle technology is big business—about $14.5 billion in projected revenues for this year alone, according to the Consumer Electronics Association. And yet, consumers are wary of a lot of the tech that’s being added to vehicles. And in some cases, consumers are apparently so repulsed by certain tech that they’d rather it not be included in their next car.

A survey released in August 2015 by J.D. Power found that at least 20% of new-vehicle owners have never used 16 of the 33 technology features measured. In the J.D. Power survey, 39% of consumers surveyed said they don’t want an automatic parking system in their next car. However, 82% said they would like parking assist (which still gives the driver manual control).

In short, there’s a significant gap between the technology available in cars today and people who actually want to use it. In some cases, it’s a lack of trust in the technology (or seen another way, a greater confidence in our own abilities). In other cases, consumers just don’t see a need for the technology.

Either way, this hesitation toward today’s tech foreshadows the challenge automakers face to convince people to give up all control and jump into a self-driving car. Google(GOOG) and Apple(AAPL), among others, are already working on and testing self-driving cars. The technology isn’t the problem. Confidence in it will be.