Your ultimate guide to streaming NFL football this season 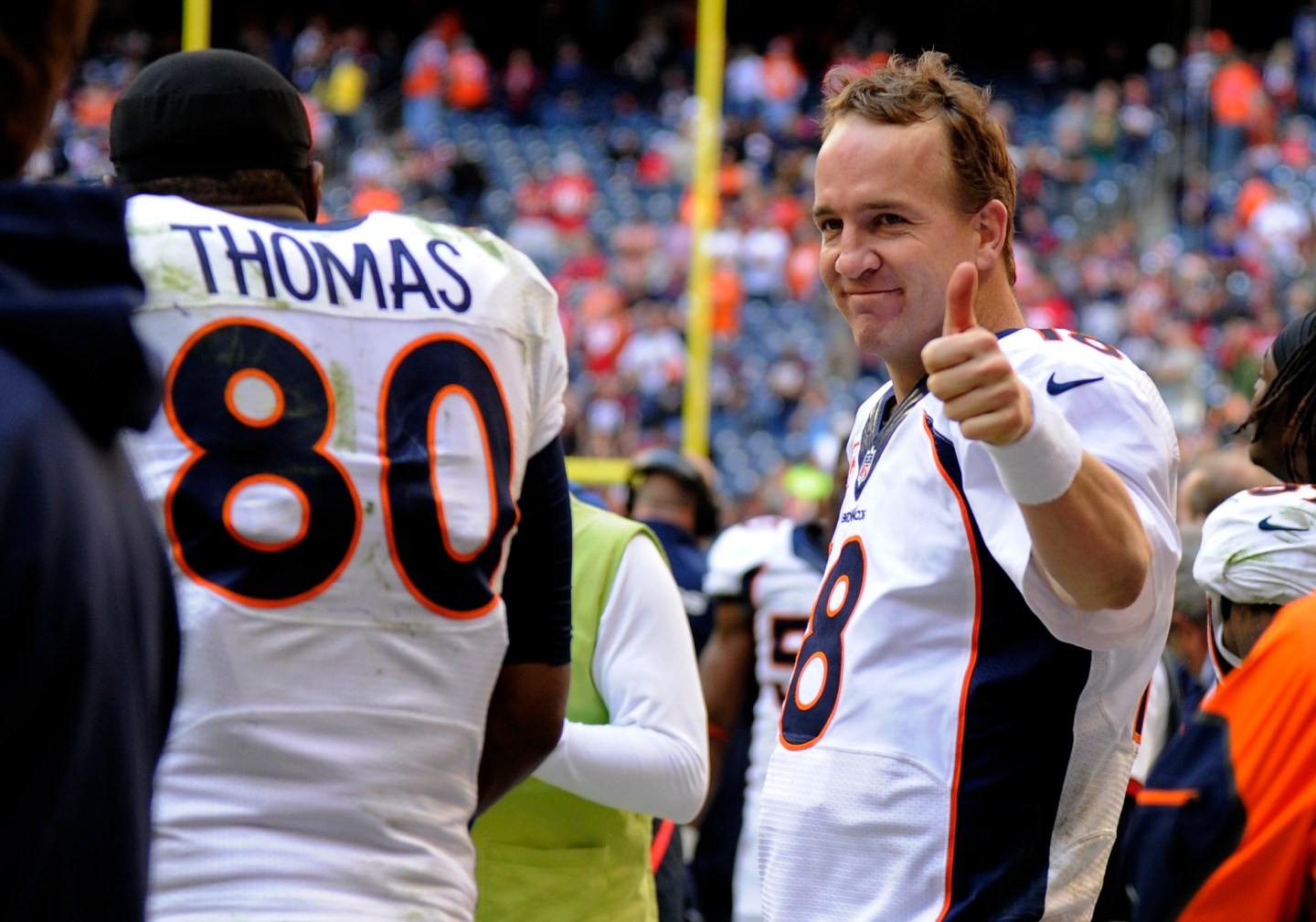 Leading up to this year’s NFL season—one that will culminate in Super Bowl 50, a nice round milestone that the league plans to market heavily—media companies issued many press releases touting the many games they’ll be streaming to viewers. CBS boasted that it will offer seven games for free via livestreaming (as well as the Super Bowl ads); Yahoo will stream a game for free; just last week, the day before the season opener, Fox Sports blasted out a release bragging that it will stream 104 games, which is “more than NBC, ESPN, and CBS combined.”

But all anyone really wants to know is exactly how to watch their favorite team, live, on something other than television. And the answer is sadly complicated because the NFL’s distribution deals are complicated. If the game you want to see is the local game in your TV market, there is generally a way to stream it on digital devices, too. But if you’re, say, a Lions fan living in New York, the only way to catch your team on digital devices when it’s an out-of-market game is with Sunday Ticket.

Every network that televises NFL games (NBC, CBS, Fox, ESPN, and NFL Network) is now offering some sort of streaming option. But the one product most fans still want—a simple, single option they can pay for, without cable, that allows them to stream every game of their favorite team—doesn’t yet exist. It can’t yet exist, because it would be a cable-killer.

If price were no issue, you could hypothetically stream every single game this season. That shows progress, at least. Every network is offering some kind of digital option. That’s because, according to NFL director of media strategy and business development Amanda Herald, “the NFL is actively working with media partners to make streaming easier.” This season there are “more games available on more devices than ever before,” she added. Still, Herald cautions that there hasn’t exactly been a major sea change in strategy this year.

For now, here are your streaming options for every game this season.

Verizon Wireless customers can see every local and primetime game, live, on their mobile phones using NFL Mobile. It’s the only way to watch these games on a phone, period. (Verizon pays the NFL a hefty fee for this privilege.) And this year, Verizon (VZ) dropped the $5 fee for this service. It is now free for all Verizon smartphone customers, included within a data plan.

The simple (but maybe partially misleading) phrase NFL Mobile likes to use for the games you can see using the app? “Live local and primetime.”

On digital, it’s a little more straightforward. The only way to stream Thursday Night Football (except for the Thanksgiving game, showing for free via CBS) is through the NFL’s digital products: On tablets through either NFL Mobile or the Watch NFL Network apps, on a computer at NFL.com/watch, or through Xbox One and Xbox 360 through the NFL on Xbox app.

Caveat: Access to any of these is only available if you subscribe to NFL Network on TV. (Bonus: RedZone is a partner channel of NFL Network, so it, too, is available in all the same places as the Thursday night games.)

On CBSsports.com, the network will offer seven free games this year and only seven games: two regular season games (Jets vs. Dolphins on October 4, Panthers vs. Cowboys on Thanksgiving Day), the five playoff games that will show on CBS, and the Super Bowl. Those are the only games CBS will stream this year. (But you can watch all your local CBS games on a phone if you have Verizon.)

Fox is streaming 104 games this year, which is all of their regular season games, through their Fox Sports Go app, accessible only on tablet, PC, and connected devices—not phones. You must be a Fox cable subscriber to use the Fox Sports Go app, and if you are, there is no extra charge.

Caveat: The games are regionalized, so you will only be able to stream your local market games. (This is starting to sound familiar, right?) That is: It’s not like you will really be able to watch 104 games this way. And, if you’re a cord-cutter with no cable, you’re out of luck watching football on Fox.

NBC’s digital platform is called NBC Sports Live Extra, and like all the other platforms (except for CBS’s), you need to authenticate through a cable provider. If you get cable, you can stream all of NBC’s games—19 regular season plus two playoff games—on tablet, computer, or connected TV this season.

For the games that you can’t stream any other way (for example, a CBS game during the day on Sunday that is not your local market game), there’s Sunday Ticket. The product is basically the exact reverse of all other offerings—it’s the games you can’t see on TV because they are regionalized by CBS and Fox.

There are two ways to get Sunday Ticket: by having DirecTV and subscribing to Sunday Ticket Max, or by signing up for it without DirecTV satellite service (attention, cord-cutters).

If you want to do the latter, there are three price points: NFLsundayticket.tv To Go, for $199, gets you the games just on your phone, tablet, and computer. The second is a package just for connected TVs (so you’d watch on a TV via a device like Apple (AAPL) TV or Roku), and that costs $259. Finally, there’s NFLsundayticket.tv Max, which lets you stream games on all of those devices for $359. (Students at more than 300 universities can get Max at a big discount, for just $99.)

Caveat: These digital-only Sunday Ticket packages are not available to everyone—you are only eligible if you live in an area or apartment that can’t have a satellite dish. So if you look at your next-door-neighbor’s place and see a dish, you might find you can’t sign up. You can learn if you’re eligible by visiting this site.

Another caveat: No postseason games through Sunday Ticket.

All Monday night games are on ESPN. They’re also available through WatchESPN (which includes ESPN3 streaming content), which you can get on a tablet, computer, and connected TVs—but only if you’re an ESPN TV subscriber. ESPN does not offer its streaming product as a standalone. However, you could pay for Sling TV, which is $20 a month and includes all live ESPN programming. WatchESPN is streaming 18 games—17 Monday games, including the unusual double-header that ran this week, and one playoff game.

This game will only be available through Yahoo; it won’t be televised nationally. It’s a highly unusual deal that Yahoo (YHOO) reportedly spent $20 million to get. And in addition to phones, tablets, desktop computers, and connected TVs through Xbox One, Yahoo has the right to offer it through whatever various yet-to-be-announced additional Yahoo platforms it chooses. If you’re a Bills or Jaguars fan and you don’t live in New York or Florida, chances are that Yahoo is going to get some web traffic from you on October 25.

This year the NFL is offering a standalone digital subscription that lets you replay all regular season games—but right after they end. This roundup is about how to watch games live, so Game Pass isn’t very relevant. But it’s there, for $99, if you want it—we expect many people will.

Phew! If that rundown seems exhaustive, complicated, and confusing, then you see why CBS can only stream two regular-season games. In fact, seven streaming games may look measly, but CBS is going further than all others by offering them truly for free, without any cable subscription or authentication needed. Not one of these networks offers tablet streaming as a standalone app that you can pay for without cable, a la HBO Go.

It’s often said lately that live sports—specifically football—is the one remaining reason to subscribe to cable. If you’re a huge football fan that likes to see all the games, that tenet probably rings true for you. In a time when going to a game in person is as expensive as ever, watching on a couch, on a big television, is hard to beat.