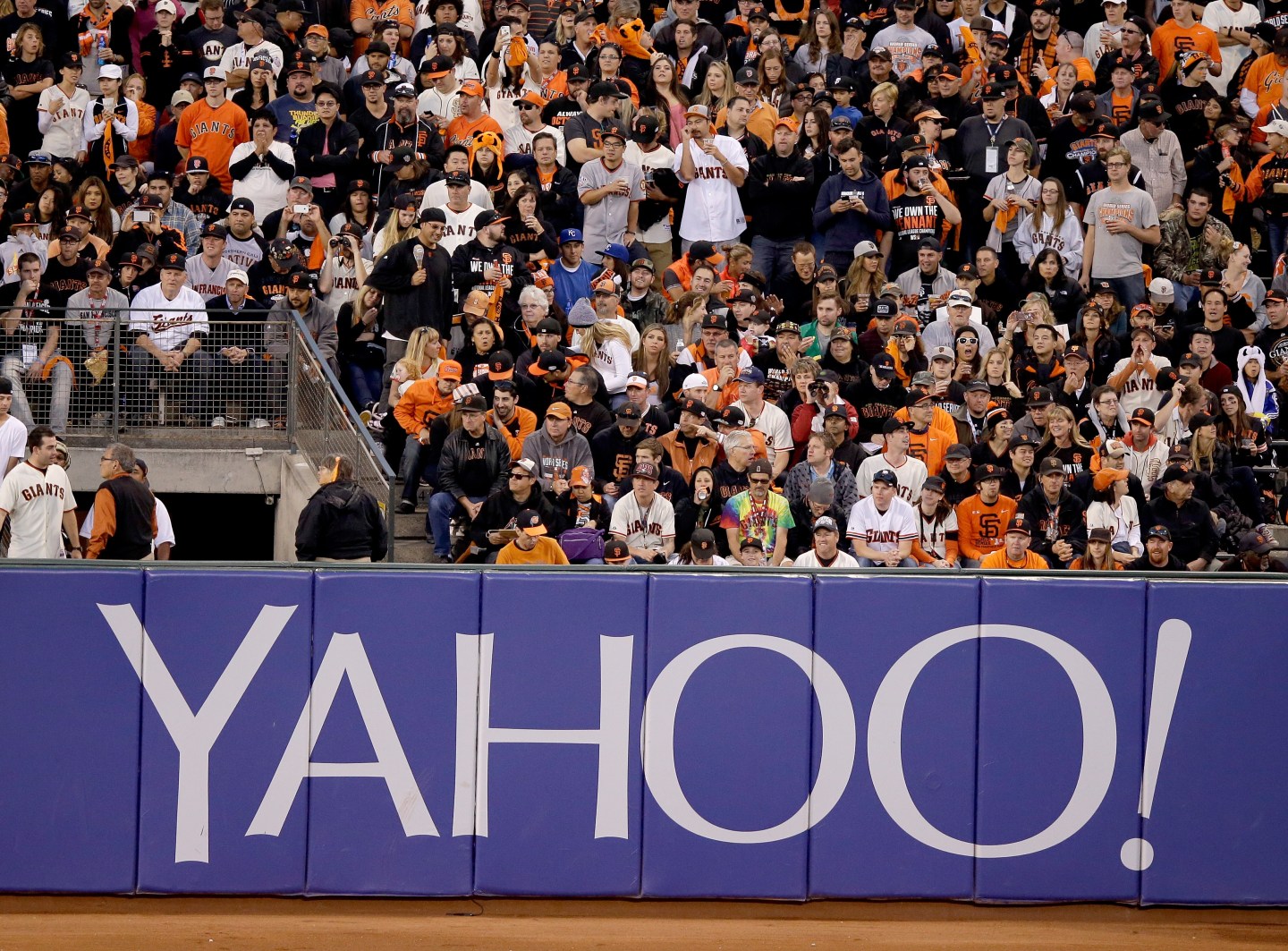 On Wednesday the company announced that it’s partnered with the National Football League exclusively to stream an upcoming football match. The game—a face-off scheduled for Oct. 25 between the Buffalo Bills and the Jacksonville Jaguars—will be the “first free, live global webcast of a regular-season game,” reports the New York Times.

“We’re thrilled that the NFL has chosen Yahoo for this historic opportunity,” said Yahoo (YHOO) CEO and president Marissa Mayer in a statement. “It marks a significant change in the way users can access this amazing content.”

The decision represents an experiment for the NFL, which is testing the feasibility of video streaming live sports online. It’s also as a coup for Yahoo, which scored the rights over competitors such as Facebook (FB) and Google (GOOG).

The total cost for that exclusive partnership? Somewhere in the eight-figure range — at least $10 million, according to a CNNMoney source. The official financial terms were not announced by either party.

Brian Rolapp, executive VP of media at the NFL, told Sports Illustrated that “we need to prepare for the future. Have we entered into a new era? Maybe. Maybe not. Obviously TV is still the dominant platform to distribute our games, as it has been for years. But TV is not the only platform any more, and this is the first time in history we have done this with one of our games.”

“We have cast our lot with TV through 2022, so obviously we believe in the power of television for our games. But things are changing, and changing fast, in the media,” Rolapp added. (Read Fortune’s extensive interview with Rolapp here.)

In a recent interview, Yahoo’s head of emerging products Adam Cahan told Fortune the company intended to experiment more with live video. The NFL partnership could help Yahoo land more deals of this sort with sports leagues in the future.

“Through this partnership with Yahoo – one of the world’s most recognizable digital brands – we are taking another important step in that direction as we continue to closely monitor the rapidly evolving digital media landscape,” said NFL commissioner Roger Goodell in a statement.