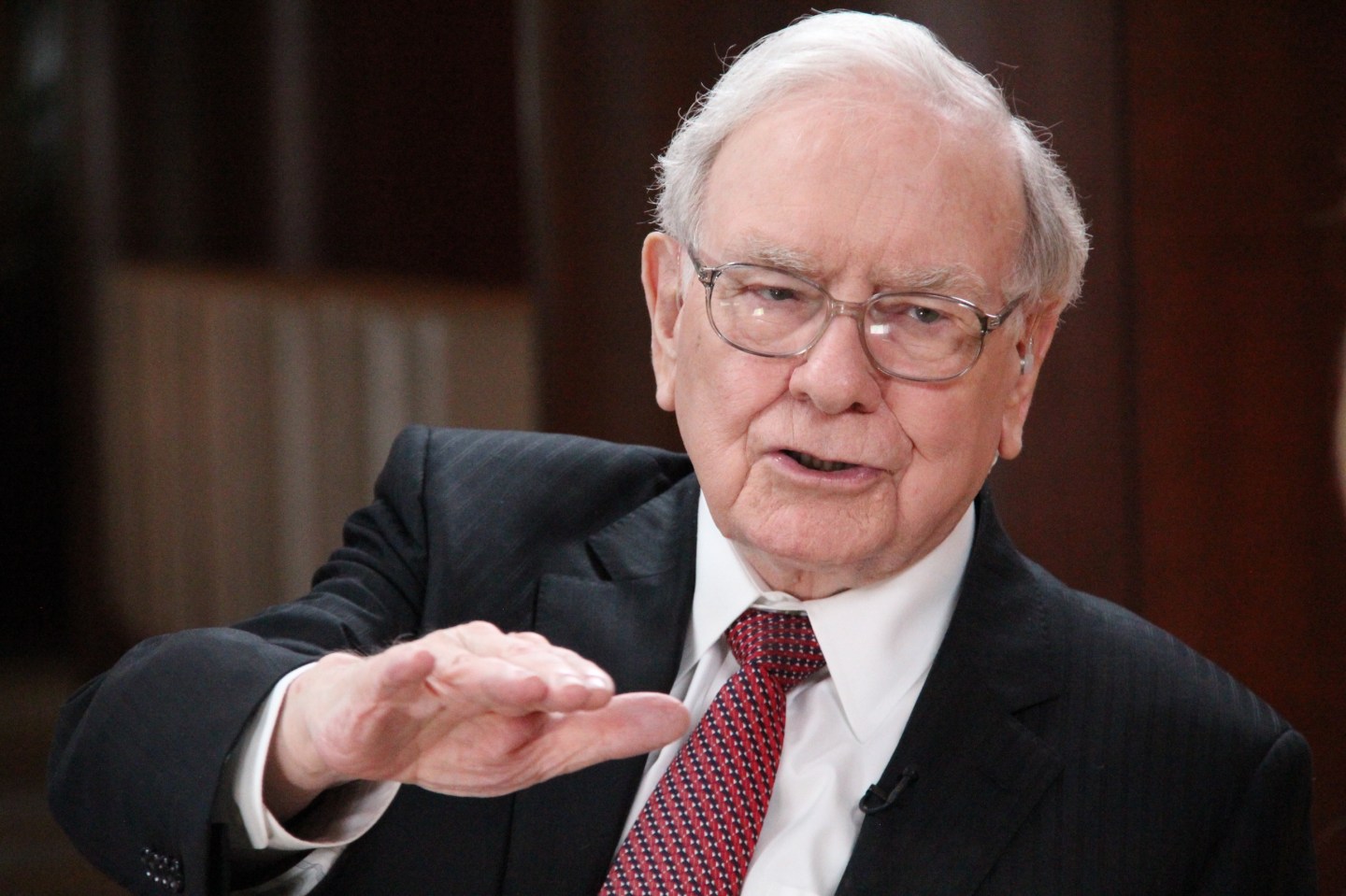 Despite his “Oracle” nickname,Warren Buffett doesn’t seem to have sidestepped the recent market selloff.

Buffett’s Berkshire Hathaway (BRK-A), the insurance company turned investment conglomerate run by the billionaire, appears to have lost $11.2 billion in value from its stock market investments, on paper at least, during the worst of the downturn from mid-July to the end of August. That represents a 10.3% drop. The good news for Buffett: His, and his investment team’s, performance was likely not much worse than everyone else’s. During the same time, the S&P 500 fell 10.1%.

Still, you might have expected Buffett’s portfolio to fare a little better. Besides the fact that he is who he is, Buffett has tended to focus his investing on companies that are based in the U.S. and are more focused on U.S. customers. That’s especially true of the firms that Berkshire tends to acquire. But it’s not quite as consistent for Berkshire’s investment portfolio, which also has big holdings in a number of multinational companies, including Coca-Cola (KO) and IBM (IBM). The U.S. economy has continued to do well, and a lot of the recent panic was coming from China, though the selloff in the U.S. market extended to all kinds of stocks. Shares of Berkshire, themselves, did do better than the market overall. They fell just 8.5%.

A number of Berkshire’s holdings fared a lot worse. Shares of Viacom (VIA) fell 29% in the market turmoil. Berkshire first bought shares of the media giant back in March, 2012 when the stock was trading for $47. Shares are now trading for $44, but they had climbed to more than $80 last summer. Viacom is a relatively small position in Berkshire’s portfolio and is believed to be an investment selection of one of Buffett’s lieutenants Todd Combs.

But one of Buffett’s biggest bets in recent years tumbled during the recent market meltdown as well. Shares of IBM dropped nearly 17% when the market swooned. The big tech company’s stock is down 24% in the past year. Buffett’s most recent investment, a purchase of 10% of the shares of oil refining company Phillips 66 (PSX) for a roughly $4.5 billion stake, was down as well, nearly 5.5%.

Of course, there are some major caveats here. Buffett or Berkshire didn’t really lose $11 billion or possibly even a dollar in the market downturn. Just like you didn’t either. These are all paper losses. Berkshire didn’t sustain any actual losses unless it sold its positions during the market tumble, which is very unlikely. Buffett’s investment philosophy is generally buy-and-hold-forever. What’s more, I measured the losses from July 20th to September 1st. Buffett and Berkshire, like the rest of us, have made back some of their paper losses since then. And I did my calculations on Berkshire’s publicly available data about its holdings, which it only releases once a quarter, with a delay. Again, Buffett doesn’t tend to trade much. Still, Buffett or one of his lieutenants might have picked up some bargains in the downturn, or got rid of one of Berkshire’s holdings before. We won’t know for another few months.

And even though it’s been said many times before, it always bears repeating: Warren Buffett is a long-term investor, so he’s not trying to time market downturns, and neither should you.

Still, if you have your money in an S&P 500 fund, and you kept it there during the past few weeks, you likely did about as well, and perhaps a little better, than the Oracle of Omaha himself. Congrats.