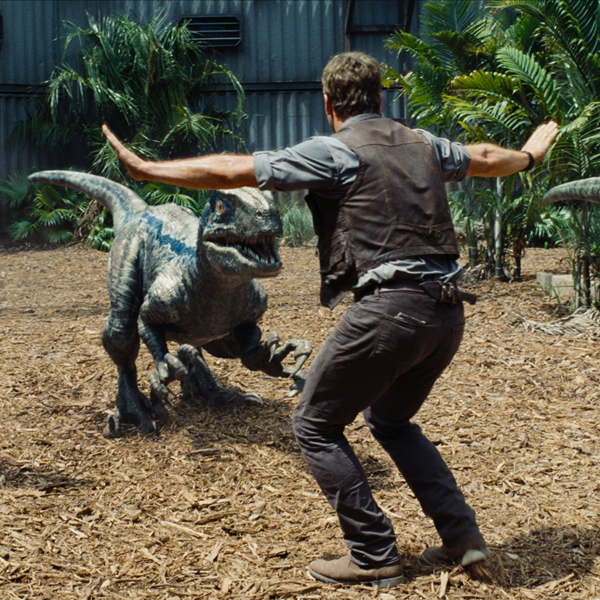 Chris Pratt and a velociraptor, in Universal's 'Jurassic World.'
Courtesy of Universal Pictures

Universal Studios scored a massive hit with this summer’s Jurassic World, which broke box-office records on its way to becoming the third-highest grossing film ever.

Now, the Wall Street Journal is reporting that Universal — owned by Comcast’s (CMCSA) NBCUniversal — is expected to sign a deal to market and release films produced by DreamWorks SKG (DWA), the studio founded by Steven Spielberg. The legendary filmmaker also happens to have directed the first two installments in the Jurassic Park franchise while serving as executive producer on Jurassic World. Earlier this week, reports surfaced that DreamWorks will part ways with its current film distribution partner, Walt Disney Co. (DIS), when their deal expires next year.

Could Spielberg’s reported move to Universal in the wake of Jurassic World‘s roaring success be a coincidence? Well, no, probably not. As the Journal points out, Universal likely wants to keep Spielberg close and happy as it looks to follow up on the success of Jurassic World with a sequel planned for 2018. Released in early June, the dino thriller has raked in more than $1.6 billion in worldwide ticket sales and has become the fastest movie ever to cross the $1 billion threshold, doing so in just 13 days.

As executive producer of Jurassic World, Spielberg commanded a hefty cut of the profits “worth tens of millions of dollars,” according to The Hollywood Reporter. So there is certainly plenty of money to be made by the filmmaker from a happy partnership with Universal, which also owns part of other past Spielberg vehicles such as the Jaws and Back to the Future franchises (the latter of which also featured Spielberg as executive producer only), either of which could also be ripe for a reboot.

A new distribution deal could also pump some life into DreamWorks studios, which last month reported losses of $95 million through the first half of the year, while its stock price has dropped more than 22% since the beginning of the summer. The studio partnered with Disney in 2009 following a short-lived and unsuccessful tenure as a division of Viacom’s (DIS) Paramount Pictures. Should the reported distribution deal with Universal go through, it would be the third major film studio, out of six, to either own or partner with DreamWorks. (The Wall Street Journal also notes that DreamWorks’ potential distribution deal with Universal could also include roughly $400 million in financing from the larger studio and other investors that include Participant Media and Reliance Entertainment.)

Working with Disney, DreamWorks has struggled to turn out successful films, mixing the occasional success — including award-winners The Help and the Spielberg-directed Lincoln — with more forgettable fare like 2011’s Cowboys & Aliens. The two remaining films set for release under DreamWorks’ agreement with Disney are Spielberg’s Bridge of Spies, which stars Tom Hanks and hits theaters in October, and next year’s The BFG, which Spielberg is adapting from the Roald Dahl book.