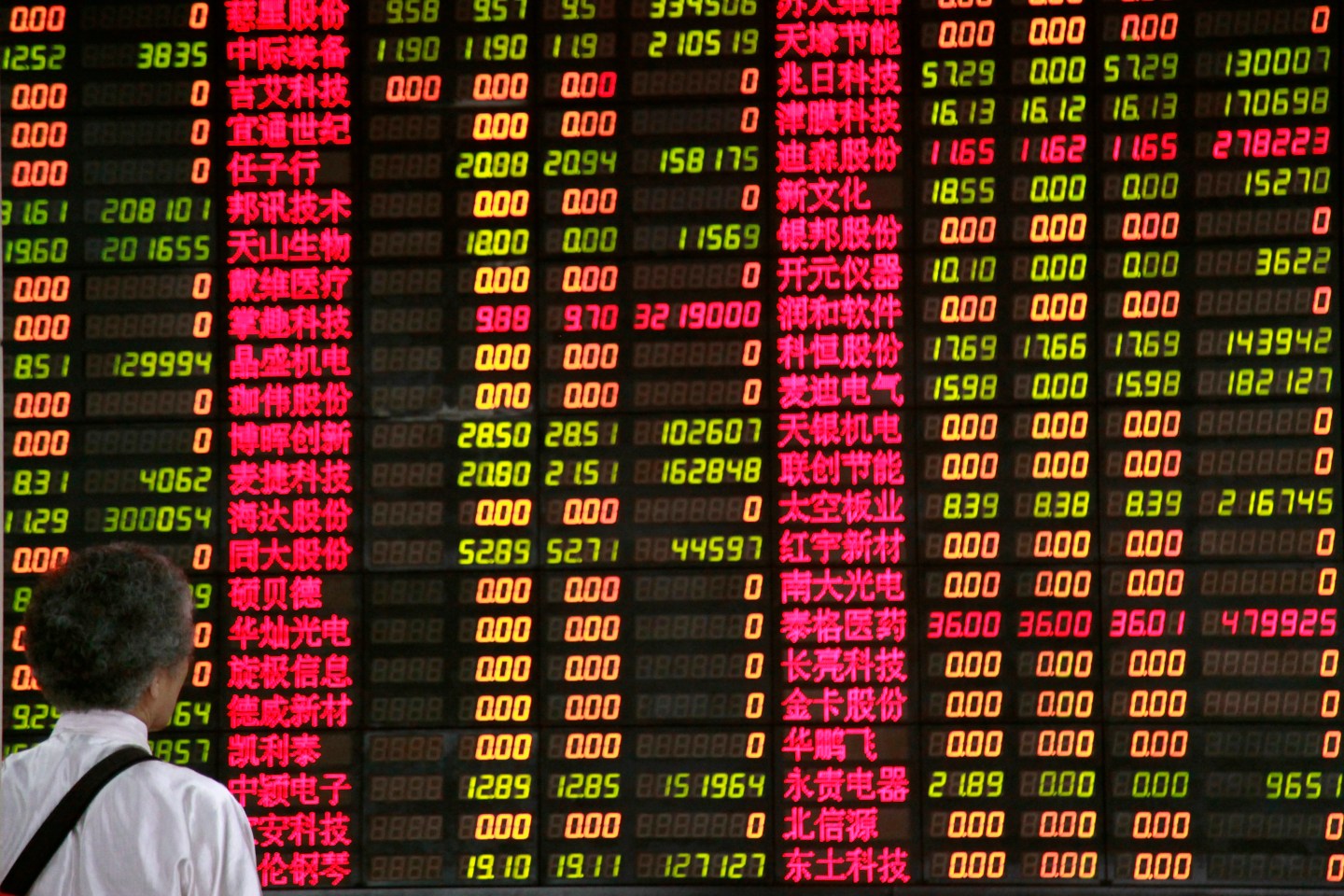 Here’s what we know about Chinese stock markets: They are so dramatically different from Western ones that reacting the same way to a 5% drop in China, and a 5% drop in the Dow, is about the same as a foreigner living in the U.S. expecting the same lifestyle from Cleveland and New York.

The recent gyrations in China’s major markets, Shanghai and Shenzhen, have been closely watched around the world. Did last Monday’s 8.5% drop mean the greater Chinese economy was cracking apart, like had happened in the U.S. during the 2008 crisis when the stock market sent signals about insolvent banks? In China, the answer is almost certainly not. Chinese stock markets don’t send the same signals and don’t have the same effects when they rise and crash as Western ones because they are fundamentally different.

Now that the country’s markets are taking two days off starting Thursday for a military parade that may be China’s biggest public spectacle since the 2008 Olympics (Shanghai limped into the weekend with a 0.2% loss Wednesday), it is a good time to remember that Chinese stock markets are very different from those elsewhere. What follows is what we know. It’s not a complete list. But it’s a start to help put context behind the wild prices swings of late.

Chinese homes have most of their wealth tied up in property, bank deposits and if they’re really rich, wealth management products. Stock holdings are no more than 5% of household wealth in China, according to Gavekal Dragonomics, compared to one-quarter to one-third in the U.S.

Nor do they provide a lot of company capital

Retail traders are important in China

Unlike in the U.S., where institutions dominate stock trading, retail investors recently owned the majority of tradeable shares, according to investment bank CICC, as high as 80%. There’s a reason pictures of country people trading stocks tend to be favorites of Western newspapers.

Seventy five percent of the individual stock accounts in China have less than 100,000 yuan ($16,000), meaning the accounts with upwards of $1 million or more have a far greater push on the market. The value of those larger accounts means the small investors’ effect isn’t as strong as you might expect.

Analysts said it was the richest traders who were bailing out of the market this summer after Shanghai Composite’s June 12 peak, precipitating the eventual plunge that has sent stocks down by 40% from their apex. “The high net worth clients are the ones who moved the market,” one told Bloomberg in August.

As late as 2010, when the stock market began a multi-year slide, institutions were responsible for 40% of trading, according to KPMG. That means small retail investors tend to jump in and out quickly in a market that is usually driven by the moves of bigger individual accounts and institutions.

Many companies aren’t open to mergers or acquisitions, which help determine stock values

China’s Shanghai Composite is dominated by state-owned companies—the top ten valued companies are all state-owned. The Communist Party floats only a small percentage of a company’s equity on the stock exchange while keeping control of the rest. So a core part a company’s valuation—who decides corporate control, or a company theoretically being up for sale—isn’t factored into Chinese stock prices. Activist investors don’t have a big business in China. “This leaves share prices to simply reflect market liquidity and demand at any given time,” says Fraser Howie, co-author of Red Capitalism: The Fragile Financial Foundation of China’s Extraordinary Rise.

In late July, when the Shanghai stock composite crashed by 8.5%, the equivalent of the Dow Jones industrial average shedding 1,500 points in a day, the U.S. basically shrugged. The S&P 500 barely budged that day. There’s no research showing that China’s walled-off stock markets precipitate global sell-offs with any regularity: they only recently opened to money flowing from Hong Kong and include only small amounts of foreign investment—after August’s sell-offs, for instance, only about $550 million flowed out of China in exchange-traded funds, according to Markit.

The same can even be said for other emerging markets. Across 15 emerging countries for two decades until 2011, there was no positive correlation between rising GDP and stock market returns, according to a study at the London School of Business. Through 2011, China was the fastest growing emerging market economy, averaging 9.4% growth over two decades. At the same time, its stock market returned an annualized negative 5.5%. So China’s stock bubble bursting recently should say a lot more about a stock bubble existing than China’s economy collapsing—which has a low probability of happening in the short term.

Because less than 7% of the population actually owns stocks, the supposed wealth effect created from a rising stock market is specious at best. Apple’s CEO Tim Cook told CNBC’s Jim Cramer as much last month in an e-mail, emphasizing that Apple’s China business remained strong despite stock declines.

China’s stock markets have a short, violent history of boom and bust

Since 1992, when then president Deng Xiaoping praised stock markets, leading to China’s first boom, shares have been heavily influenced by government interventions. Last summer the state-owned press began publishing propaganda praising China’s undervalued stocks. Traders bought. That might be because Chinese stocks were never about free markets per se. The decision to open stock markets happened in 1990, following the Tiananmen Square massacre, followed by political infighting to determine whether China would continue follow capitalist reforms or turn back towards socialism. There were street markets popping up in Shenzhen where people started exchanging shares. “The markets weren’t needed for capital allocation. Big banks handled that for state owned sector,” Howie wrote. The Party sanctioned stock markets in response to these street markets—to control social unrest—and make the SOEs more competitive as it embraced capitalist reforms.

Those pictures with a bunch of red numbers splattered across the boards? That marks an up day. Red is an auspicious color in China and means positive; green means negative. If you’re just now having an A-ha moment, consider how much you know really about Chinese markets before doing anything rash.

All that said, China’s economy is facing real problems—probably much worse than a teetering stock market. The recession in the manufacturing sector could drag the entire economy into low growth and create large numbers of unemployed. The government has been propping up a weak yuan over the past couple weeks with daily interventions and the central bank is worried about capital outflows further weakening the currency and economy. The service sector showed rare weakness last month.

The Chinese economy is looking as vulnerable as its been in years. It’s just that what happens in the Chinese stock market doesn’t have much to do with it.