Why Hasbro wants to crowdfund a gaming hit 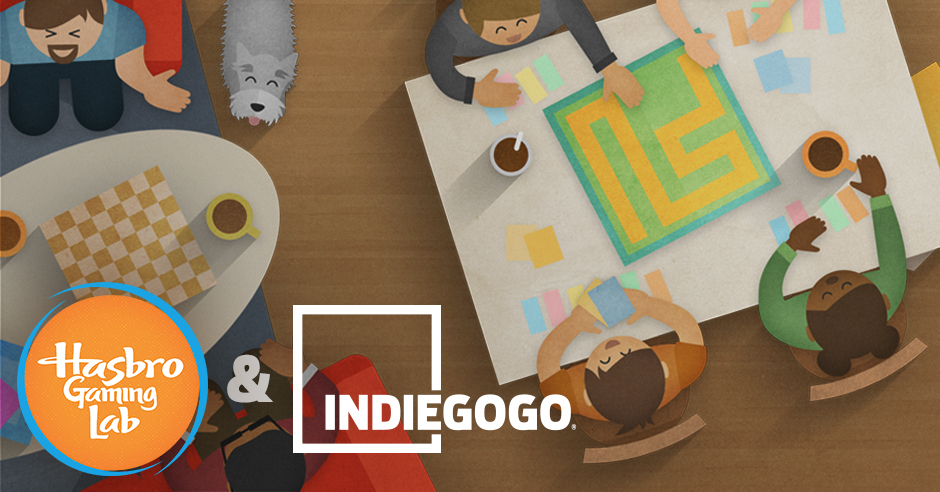 Hasbro has a business proposition for aspiring game makers: Crowdfund a unique party game, and we will make it a hit.

The toy maker behind “Monopoly” and “The Game of Life” is working with crowdfunding website Indiegogo in a contest aimed at designers and inventors with ideas for new games. Starting Friday, Hasbro (HAS) is asking for submissions through the end of September. The company will pick five finalists who will be invited to launch campaigns on Indiegogo that Hasbro will also promote.

The winner will receive $10,000 and a chance to meet with Hasbro’s marketing, manufacturing, and packaging experts at the company’s headquarters in Rhode Island. From that point, Hasbro says its development team will work on making the game a reality.

“We have definitely seen this rise of great games coming through crowdfunding,” says Jonathan Berkowitz, senior vice president of marketing for Hasbro Gaming.

He is right. Crowdfunding has become a popular route for aspiring toy makers angling to launch their own inventions. A card game called “Exploding Kittens” raised nearly $8.8 million on Kickstarter, making it one of the most popular crowdfunding campaigns ever. “Robot Turtles” pulled in over $600,000 and quickly became a hit in the toy aisle. And like Hasbro, Denmark’s Lego is also turning to crowdfunding to come up with new concepts.

There have been hiccups. In its first ever enforcement action against any crowdfunded project, the Federal Trade Commission recently targeted a failed board game campaign that the agency said neglected to refund most backers after the product never hit the market.

For the Indiegogo partnership, Hasbro wants to be flexible. When asked when the game would reach retail shelves, Berkowitz said a timeline wouldn’t be set until the winning game was selected. It also remains to be seen if Hasbro would opt to back more than just the grand prize winner if more than one game looks like it could be a hit.

Beyond the cash prize, the winner will also get to participate in the potential profits. Hasbro says he or she will sign an inventor submission form that is a standard practice at the toy maker.

Hasbro dominates the gaming sub-segment of the toy aisle with popular titles like “Monopoly,” “Connect Four” and “Battleship” among the top sellers in the space. Games are Hasbro’s second-largest product category after the “boys toys” business, with gaming sales totaling $447.3 million globally in the first six months of this year.

The overall U.S. games/puzzles category grew by 10% to $1.42 billion in 2014 from the prior year, according to research firm NPD Group. That marks a recovery for the gaming sub-category after a few years of softer sales due to competition from the iPad-driven tech craze that led kids and families to play less with physical games.

In response, Hasbro a few years ago tried to incorporate Apple (AAPL) devices into physical board game play and separately partnered with social game maker Zynga (ZNGA). Those toys generated a mixed response from gamers.

Hasbro has pivoted, focusing on the development of new ways to play with hits within the company’s portfolio without all the tech bells and whistles. It has also taken note of Internet-driven development in the space, earlier this year buying the rights to manufacture and distribute the “Pie Face” game that became a viral sensation on Facebook.

Crowdfunding opens up a new development method for Hasbro, experts say. It gives the toymaker “a big platform in front of consumers, and you are going to get a glimpse very quickly to see how they react,” says Laurie Schacht, chief toy officer at toyinsider.com. “And it helps people who have great ideas get in front of a company like Hasbro.”