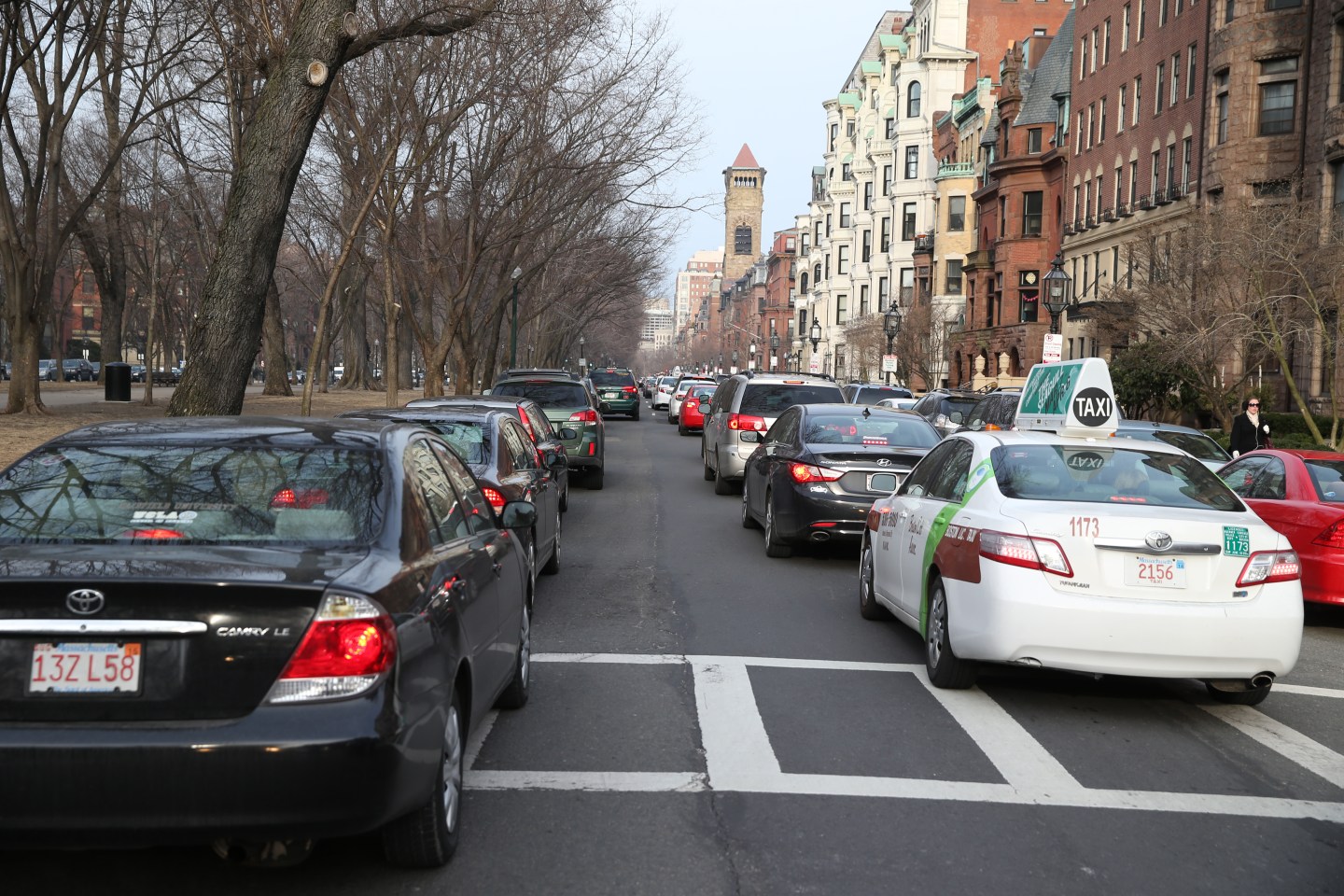 With suburbs receding and cities growing, one major challenge is accommodating more cars moving over a fixed number of roads. One important tool will be traffic signals that use better data and automated algorithms to keep traffic flowing more smoothly. These so-called Intelligent Traffic Systems were pioneered in the U.S. in Los Angeles, in advance of the 1984 Olympic games, but they’re just beginning to catch on in mid-sized cities—and the impacts will be huge.

Funderburk collates that information and beams adjustments wirelessly to the large control boxes next to each light. His tweaks are sometimes intuitive, but he also uses charts such as one resembling a green-and-red plaid pattern. When he can make the bars line up right, drivers on main arteries are getting a smooth sequence of green lights.

These hands-on methods are working for St. Pete, for now, but growth is steady. And though interstates in the area are being expanded, surface roads can’t be widened. And growing outward isn’t even an option, thanks to the glistening ocean surrounding the city on three sides.

St. Pete is betting on alternative transit like cycling and busing to reduce the number of cars on the road. But the city is also innovating to keep cars moving: Between now and 2018, the city is outfitting a few major surface roads with advanced sensors and processors that will adjust signals automatically, in real time.

St. Pete’s traffic sensing technology, like that in most cities, is still largely limited to induction loops embedded in asphalt. These loops can detect a single vehicle waiting on a small side road, triggering a green signal across a major artery. But induction loops can’t distinguish a single car from an angry traffic jam. Newer sensors can not only detect density, but distinguish between cars, buses, bicycles, and pedestrians, letting algorithms dish out green lights with a bigger picture in mind.

Even in smaller cities, the effects can be huge. When Siemens Intelligent Traffic Systems implemented smart signaling in Tyler, Texas, CEO Marcus Welz says it reduced traffic delays by 22%. Spread more widely, that kind of reduction could have major environmental and economic impacts: Americans currently spend an average of 38 hours a year stuck in traffic, and burn nearly $2 billion in gasoline while sitting still.

Depending on who you ask, the upfront investment in intelligent traffic systems is either a bridge too far, or a bargain. Michael Connors, St. Pete’s public works administrator, says the city has limited its smart traffic implementation because the price tag for a more comprehensive overhaul ran into the tens of millions of dollars.

But Welz points out that tech is often a small slice of overall transportation spending. “What makes a dumb traffic pole smart is usually a small part of the investment”: Just sensors, chips, and software added to existing infrastructure. Plus, the systems are modular, and can be expanded gradually.

Once a system goes digital, even bigger possibilities open up. Smart signals will eventually interface with emerging connected vehicle technologies—for instance, a smart traffic signal could send a warning to your car as it turns red.