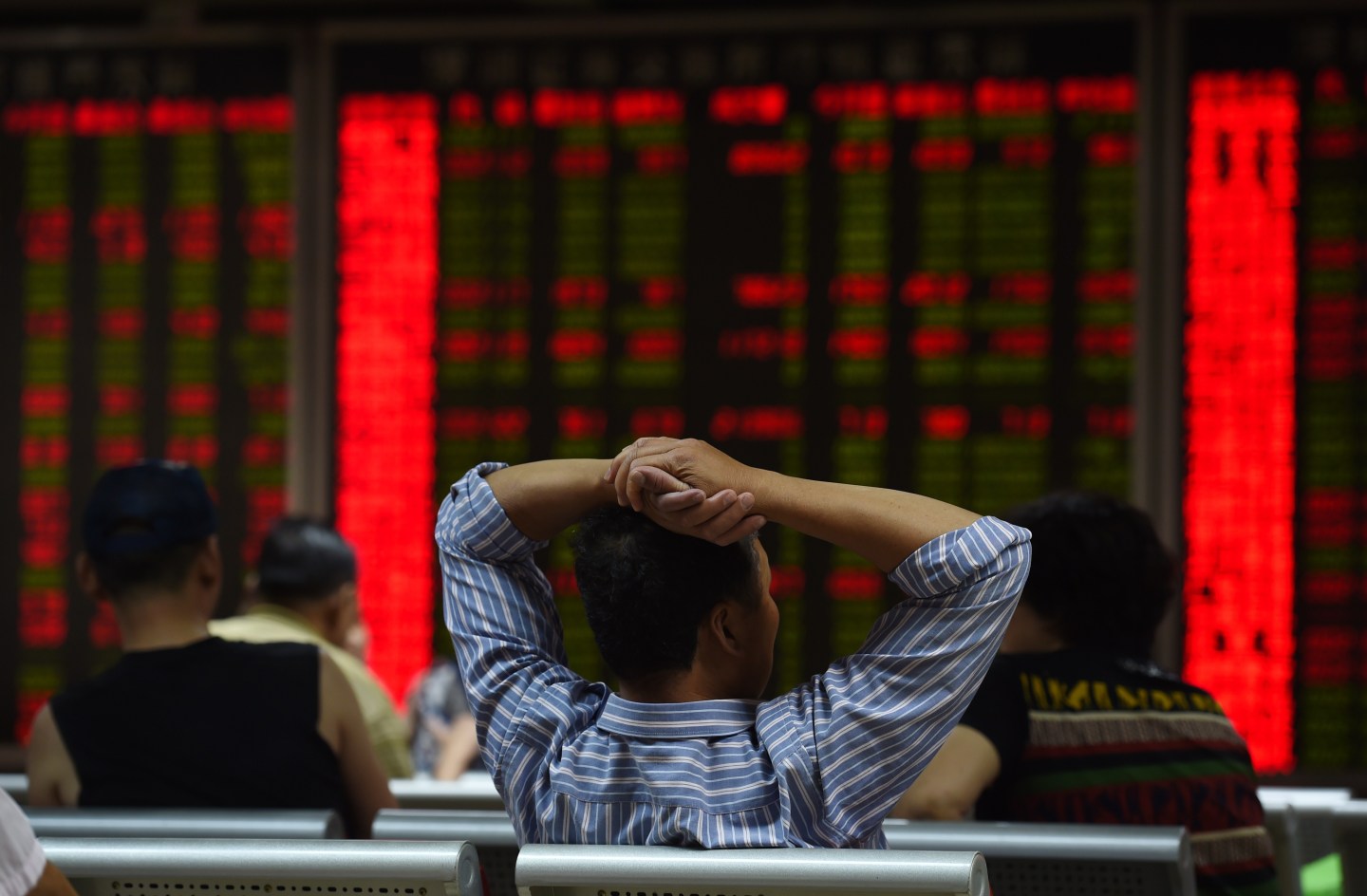 An investor looks at screens showing stock market movements at a securities company in Beijing on July 9, 2015. China's market regulator has barred major shareholders and executives of listed companies from selling their shares for the next six months, it said in a statement, the latest government action to stem a slide in the markets. AFP PHOTO / GREG BAKER (Photo credit should read GREG BAKER/AFP/Getty Images)
Photograph by Greg Baker — AFP/Getty Images

Mao Zedong, who led the Chinese Communist Party (CCP) to victory against impossible odds in 1949, is known mostly as a ruthless dictator. But he was also a brilliant military strategist who developed a theory called the “people’s war” that later inspired insurgency movements all over the world. The basic premise: Even a modern military force cannot win a prolonged war against committed and resourceful guerrillas who have the support of the wider population.

Today, of course, the CCP is not facing an insurgency (except perhaps in the restive Xinjiang province) within its borders. But its leaders seem to have forgotten Mao’s insight when they decided to intervene in China’s crashing stock market in early July. By pumping more than a trillion yuan into the market, Chinese leaders thought that they could restore confidence and stabilize the market. While Beijing’s willingness to “shock and awe” China’s tens of millions of retail investors did temporarily shore up the stock market, it soon became clear that Chinese investors, armed with yuan and under-appreciated financial sophistication, have outsmarted their leaders.

As shown by the two big drops in Chinese stock indexes on July 27 and August 18, when the Shanghai Composite plunged 8.5% and 6.1% respectively (although the market recovered slightly on August 19), Chinese retail investors, who account for roughly 80% of trading, have learned how to take advantage of Beijing’s market rescue operation by buying low and selling high. This financial equivalent of the “people’s war” has thrown a wrench into Beijing’s plan to keep the bubble afloat, leaving the government with a huge bill. (Goldman Sachs estimates that the Chinese government has already spent nearly $150 billion in stock purchases.)

What makes these two market swoons unique is that both occurred when the Shanghai Index reached 4,000, a level at which the market literally screams “sell” because fundamentals do not justify such lofty valuations. If retail investors are patient and time their trades well, they can wait until the index drops to around 3,500 before piling back in. For unknown reasons, the Chinese government has picked this number as its last line of defense and signaled that its rescue efforts will flag when the index hits 4,000 (on August 14, when the Shanghai Index nearly touched 4,000, China Securities Finance Corp., the government’s main vehicle for buying stocks, announced that it would no longer conduct daily interventions to influence market prices). Beijing’s behavior since early July suggests that when the Shanghai Index falls to around 3,500, the government would “do whatever it takes” to pump up stock prices, but only up to 4,000. If you are trading against Beijing and understand this rule, you can make a tidy profit by selling high and buying low within this range.

The arbitrary designation may be an expensive tactical mistake in Beijing’s prosecution of a war of investor psychology against its own people. But Beijing is committing another, even more worrisome strategic error.

Those well-versed in counter-insurgency literature know that an ultimate victory against foes waging a Maoist “people’s war” is impossible without winning the “hearts and minds” of the people. Translated into everyday financial terms, winning the “hearts and minds” of Chinese investors today means that Beijing must first revive investor optimism and confidence in the Chinese economy with bold and credible plans of reform.

Sadly, in the week preceding the August 18 market plunge, China rolled out two important economic policies that only inspired pessimism and skepticism. One was the decision to devalue the currency by the People’s Bank of China (PBOC) on August 11. Instead of greeting this as a positive step toward making the Chinese currency more flexible, most investors saw devaluation as a desperate act to promote exports. The message of deep pessimism, though unintended by the government, appeared to have reached the investors and probably influenced their decision to hit the “sell” button a few days later.

Beijing also outlined a reform program for its state-owned enterprises. Unfortunately, the more people know about the plan, the less they like it. For one, the plan is all platitudes and zero specifics. And it insists on retaining majority state ownership, thus making meaningful governance and management reform impossible.

Mao’s successors likely do not think about their economic decisions in the same way the late revolutionary leader thought about insurgency. But given their unflattering record in stemming the stock market rout since July, Chinese leaders need to dust off Mao’s long-forgotten treatises on the “people’s war” and see what they can learn from the “Great Teacher.”