Here’s why China devalued its currency 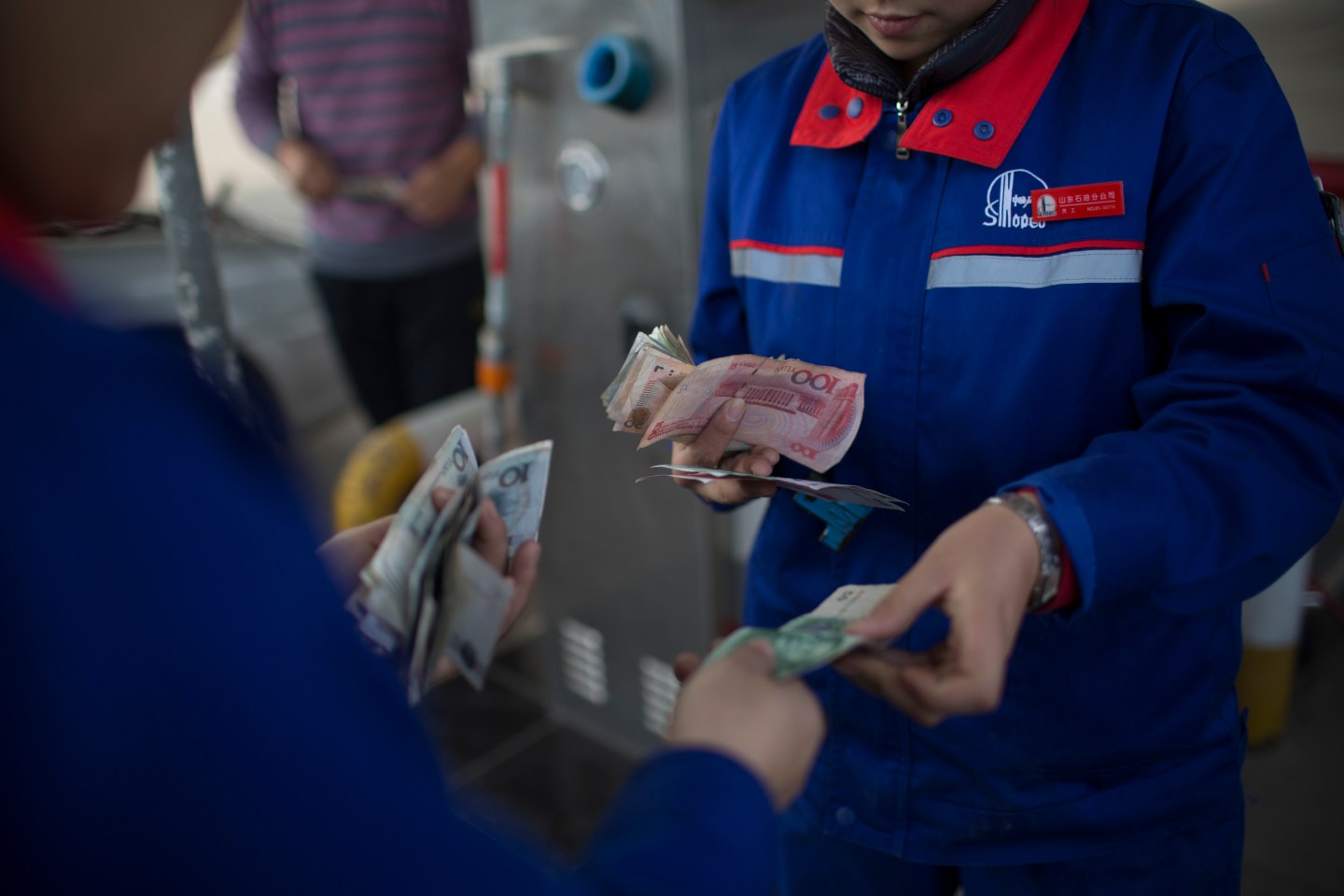 Donald Trump may very well have a field day with today’s currency news, as analysts predict. But he shouldn’t.

Today China’s central bank devalued the country’s currency, the renminbi, by about 2% against the U.S. dollar. It was the biggest one-day move since the renminbi, or yuan, officially de-pegged from the U.S. dollar in 2005. The yuan maintains a close relationship with the dollar and trades 2% in each direction from a midpoint selected by China. Today, that midpoint went from 6.11 yuan per U.S. dollar to 6.22.

Trump and others may say China is purposely devaluing its currency to help exports. After all, its economy is struggling to hit the government 7% growth target.

But is that what’s really going on?

For the most part, China has recently actually wanted its currency to steadily rise, for political reasons and to keep capital from flowing out of China. China’s domestic and international goals align with a stronger yuan. That helps explain why presidential candidates like Trump haven’t been spouting off about China’s currency management as much of late.

The answer to why China’s government devalued its currency Tuesday probably has more to do with the dynamics of global currency markets than a sudden urge to help Chinese exporters make their goods cheaper on the world market.

First, the yuan is strongly related to the dollar because China still manages the exchange rate within a range against the dollar. When the U.S. dollar rises rapidly against world currencies, like it has in the past year to pull almost even with the euro, the yuan also rises against China’s trading partners’ currencies.

China has wanted the yuan to steadily rise against trade-weighted partners for a while. To keep that appreciation gradual, as the dollar rockets upwards, it may have to devalue a little, says Jonathan Anderson, at Emerging Advisors Group, one of the clearest observers of China’s markets. “But this is not the same as a “competitive devaluation” of the renminbi —and there’s nothing like that on the cards,” he wrote today.

“All China is doing today is managing the pace of trade-weighted renminbi appreciation,” Anderson continued. “Any attempt to gain truly meaningful competitiveness vis-à-vis trading partners would require, say, a 20% to 40% devaluation against the dollar.”

If China had devalued the yuan by, say, 20%, it would clearly be an effort to boost exports for its advantage. A 2% devaluation is different: it simply keeps the yuan a little more in line with trading partners’ currencies, which have lost value relative to the U.S. dollar. (For more on the U.S. dollar’s rise, read this recent Fortune piece.)

As mentioned, China actually wants a stronger currency. As recently as April, it was actively trying to strengthen the yuan, the Wall Street Journal reported. The country’s central bank purchased the yuan in the currency markets and sold U.S. dollar holdings, a move aimed at stemming capital outflows from China as the yuan was falling.

As Chen Long of Gavekal Dragonomics in Hong Kong recently explained, China has twin (and sometimes competing) goals for exchange rates. On the domestic front, it wants to help exporters with a cheaper currency, but it also wants to maintain a strong currency to prevent capital outflows that may weaken the country’s economy further. On the international side, China wants to avoid a trade war with the U.S., which it would have if it severely weakened the currency. It also wants to boost international use of the yuan for political purposes, as China asserts itself more strongly around the world. The country’s recent campaign to have the yuan join the mostly meaningless IMF reserve currency is one example of China desiring a strong currency. In the end, these multiple goals again promote a slightly stronger currency.

China’s central bank said Tuesday’s yuan depreciation was a way to make the country’s financial system more market-oriented. The bank said market spot prices would now determine the daily position, implying that the central bank would step in less to influence it. Over the past few months the yuan-dollar spot price had been lower than the exchange rate, and it became clear the central bank was supporting a stronger yuan.

There are reasons the government doesn’t deserve the benefit of the doubt when it says it’s in the business of market-based approaches. President Xi Jinping’s administration said the same thing before pledging around $800 billion in government money last month to prop up the falling stock market. China’s words and actions don’t always match.

But there are also reasons that today’s devaluation shouldn’t only be viewed through the prism of trade. First, other exporters in Asia, including South Korea and Taiwan, are hurting because of weak demand abroad. Sluggish economies in Europe and the U.S. influence China’s exports. That’s is not all solved by currency devaluations. Second, China can use other mechanisms to boost its economy. Internet rates and bank reserve requirements can still be cut considerably, and analysts expect that to happen. More government spending is already in the works: China’s banks will issue 1 trillion yuan worth of bonds for infrastructure spending, according to recent reports.

For now, it’s too early to say China is starting a currency war, even if that may be the West’s first inclination.