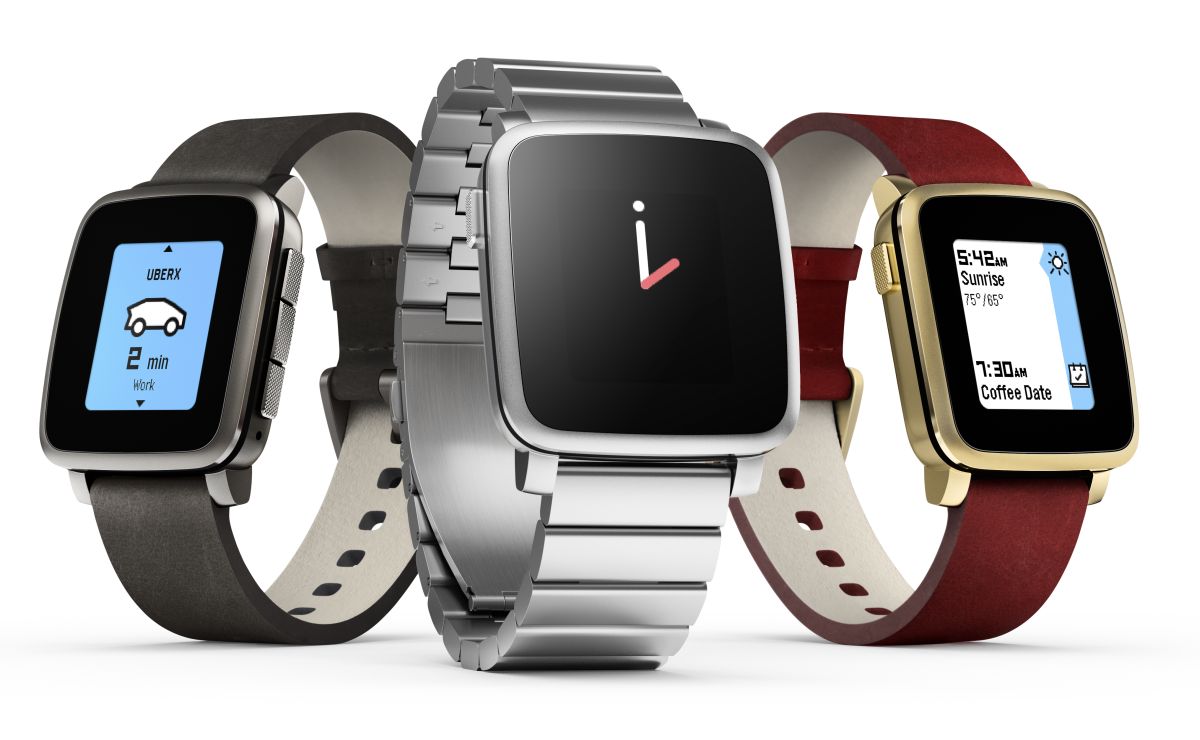 The Pebble Time lineup broke crowdfunding records on Kickstarter when it launched early this year.
Courtesy of Pebble

Long before the Apple Watch, the crowdfunded startup Pebble served up cutesy watchfaces, handy notifications, and even a bit of fitness acumen, all at a palatable price.

Then, hot on the heels of Apple’s (AAPL) hotly anticipated entry into the smartwatch market, Pebble fired back with the announcement of two new models: the Pebble Time and Pebble Time Steel. The former arrived in late May, but it’s the Steel that comes closest to rivaling the Apple Watch, at least in appearance. True to its name, Pebble’s flagship comes wrapped in a sleek metal casing, with an optional metal wristband ($250 with a leather band, $300 with metal).

Having used both of the original Pebbles, I was excited to spend a week strapped to a Steel. Spoiler alert: It’s a bit of a letdown. Although the hardware has its merits, setup can be a hassle, the apps and interface require study, and, perhaps most unforgivable, the display fails to impress.

Both my previous Pebbles had problems pairing with my various iPhones, but I figured the Time series would have worked out those kinks. Alas, during the initial setup alongside an iPhone 6 Plus, I encountered the same frustrating glitches. For reasons I can’t explain, the pairing process failed repeatedly —until suddenly it worked for some inexplicable reason.

Then the Pebble app (available for Android and iOS) immediately began downloading and installing a firmware update, a process that also failed the first time out I suspect because my iPhone went to sleep along the way. No self-respecting app, especially one installing firmware, should allow that to happen.

With the update done, I then had to approve a second Bluetooth pairing, this time to enable notifications, and again the process failed. No other smartwatches—and I’ve tried lots of them—have ever given me so much configuration trouble as the Pebbles.

Once past those hiccups, I dove into the app to browse the growing gallery of watch apps and faces. Alas, most of these low-resolution amenities look cheap and amateurish, and something about the addition of color—both previous Pebbles had monochrome screens—actually diminishes some of their 80s-throwback charm.

Perhaps I’ve been spoiled by Apple’s luscious display, but the Steel’s screen looks dim and muted, especially indoors. Outside, under direct sun, colors pop, though it’s still hard to overlook the large black border surrounding the LCD. It detracts from what is otherwise a fairly attractive timepiece, though I consider the original Pebble Steel the prettier of the two.

Of course, a wrist-mate is meant to be glanced at, not watched like a television, so there’s room for forgiveness here. The two things I prize most in a smartwatch are good battery life and reliable notifications of things like calls, messages, and appointments. And here the Steel excels, mostly.

It’s widely known that the Apple Watch requires daily visits to the charger, a key reason I didn’t buy one (although, price is the other important factor). Pebble promises up to 10 days of runtime for the Steel, and —although I haven’t had mine long enough to bear out that claim—I can confidently say that after seven days of what I consider normal activity, the battery gauge shows 20%. I don’t know if it’ll stretch to the full 10 days Pebble promises, but even a full week is cause for celebration.

As for notifications, as an iPhone user I’m at a disadvantage, because all I can do upon receipt of, say, a text message is dismiss it. Android users can send replies in the form of canned text, an emoji, or even a voice message. So, yeah, sucky news for the iOS crowd. But just getting notifications at all, in the form of impossible-to-miss buzzing on my wrist, makes any smartwatch invaluable. Also the Pebble at least lets me see who’s calling or digest entire messages before deciding whether I need to pull out my phone.

I should also note that even though Pebble’s watches have iOS-related limitations, they deserve points for offering compatibility with both platforms. The same can’t be said for the Apple Watch or the various Android Wear products. But I’m deducting some points for the lofty claims about the Time Steel’s water-resistant design, when the stock leather wristband is anything but. Likewise, the watch has no real fitness-monitoring features of its own; it merely links up with various fitness apps on your phone to display stats and progress.

Much as I wanted this to be the ultimate smartwatch, the hard truth is that nearly everything about the Pebble Time Steel comes with a caveat. It looks nice and feels good on your wrist, but, ugh, that black bezel. It’s less expensive than the Apple Watch, but now by a much smaller margin. It has a color screen, but looks washed-out much of the time. Notifications? Great, but why do iPhone owners get the short shrift?

It’s really the battery life that makes the Time Steel one of the better watches you can buy, because ultimately these devices are all about convenience. And, there’s much to be said for never again missing a call, text message, or calendar reminder, because you couldn’t see, hear, or feel your phone. On those merits alone, the Pebble succeeds. But so does the original Pebble Steel, which you can still buy—and for half the price.