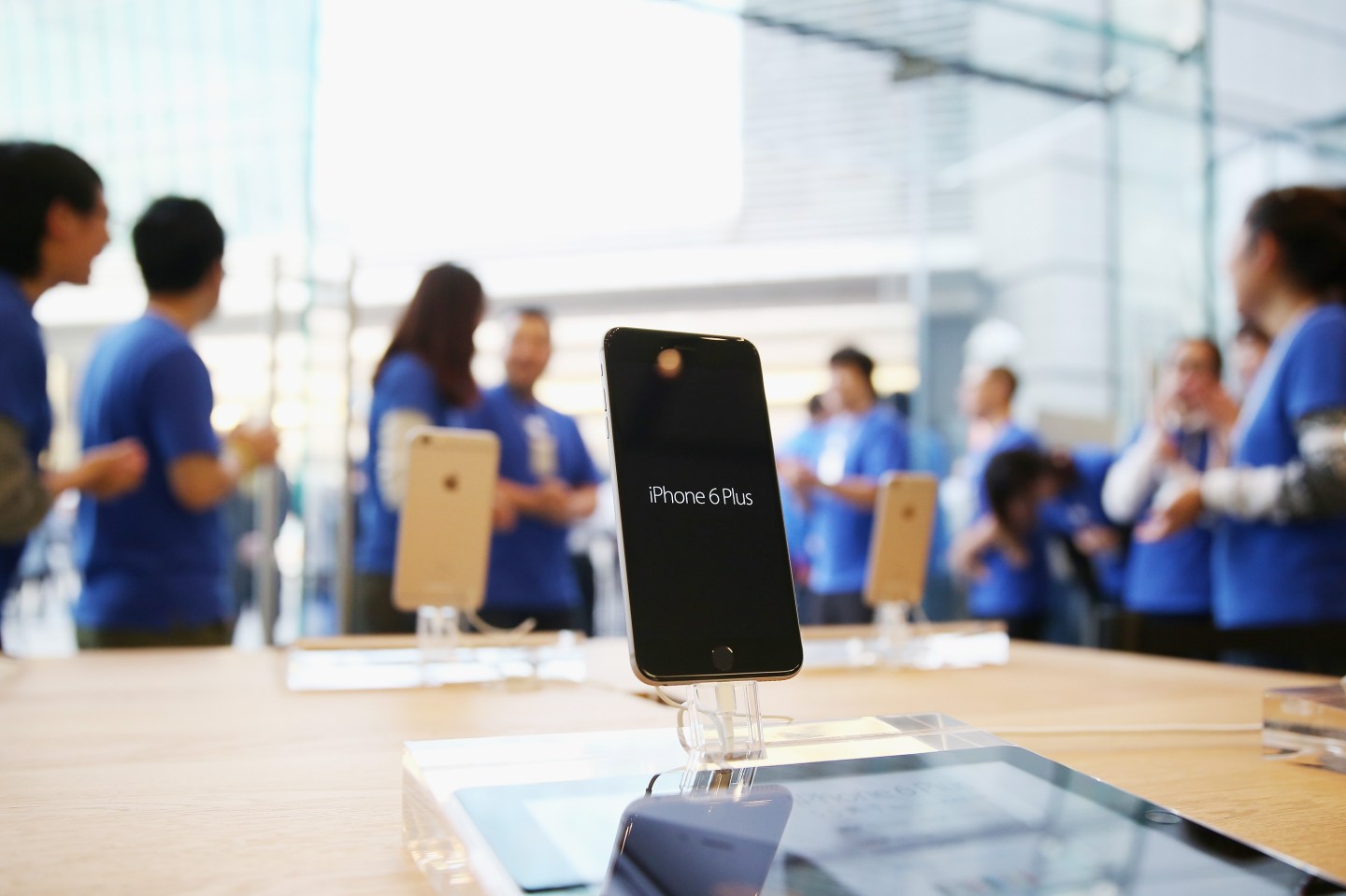 Apple has updated its breakdown of employee demographics, first reported in August of last year. And while the needle hasn’t budged much—at least percentage-wise—the company says it has hired more diverse candidates in the past 12 months than in any other year.

According to head of human resources Denise Young Smith, more than 11,000 women have been hired worldwide in the last year, a 65% increase from the year before (for some more perspective, the company employs over 110,000 people worldwide). In United States, 2,200 black employees and 2,700 Hispanic employees were hired in the same time frame, representing increases of 50% and 66%, respectively. And in the first six months of this year, nearly 50% of Apple’s U.S. hires were women, black, Hispanic or Native American.

“We feel good about what’s been accomplished in the last 12 months,” Young Smith said in a phone interview with Fortune. “Clearly this is a start, but we know that with the investments that we’re making and the work we’re doing we’ll show much more progress over time.”

CEO Tim Cook also offered a message on the company’s website Thursday afternoon, saying that Apple (AAPL) realizes there is a lot more work to be done. According to Cook’s statement: “Some people will read this page and see our progress. Others will recognize how much farther we have to go. We see both.”

Like many other large Silicon Valley players, Apple’s gender and racial breakdown is still far from reflecting our society. Under increasing pressure, these companies have pledged to not only disclose the demographic breakdown of their employee base, but to put money into programs that aim to increase the pipeline of women and minorities in tech and to make changes to their hiring practices. Last year, Cook said he is as committed to “being as innovative in advancing diversity as we are in developing products.” He has also said that the definition of diversity should go beyond race and gender and include age and sexual orientation, among other characteristics. (Last year CEO Cook became the first openly gay leader of a Fortune 500 company.)

“It is the leader and leaders of a company that really sets the tone and articulates the commitment [to increasing diversity],” says Young Smith.

Earlier this year Apple announced it would invest more than $50 million in diversity efforts, partnering with the likes of the Thurgood Marshall College Fund. This week the company unveiled another partnership with Code2040, which runs a fellowship program for black and Hispanic entrepreneurs.

Other companies, like Intel, are also putting their money where their mouth is, investing in diversity efforts and adopting more inclusive hiring practices. The efforts are leading to very slow progress, though it is progress nonetheless: Apple’s 2015 breakdown shows that the company’s employee base is still 69% male and 54% white; in 2014 it was 70% male and 55% white. But while one percentage point doesn’t sound impressive, it does reflect thousands of new, more diverse employees, and—as Young Smith admitted—it is just a start.