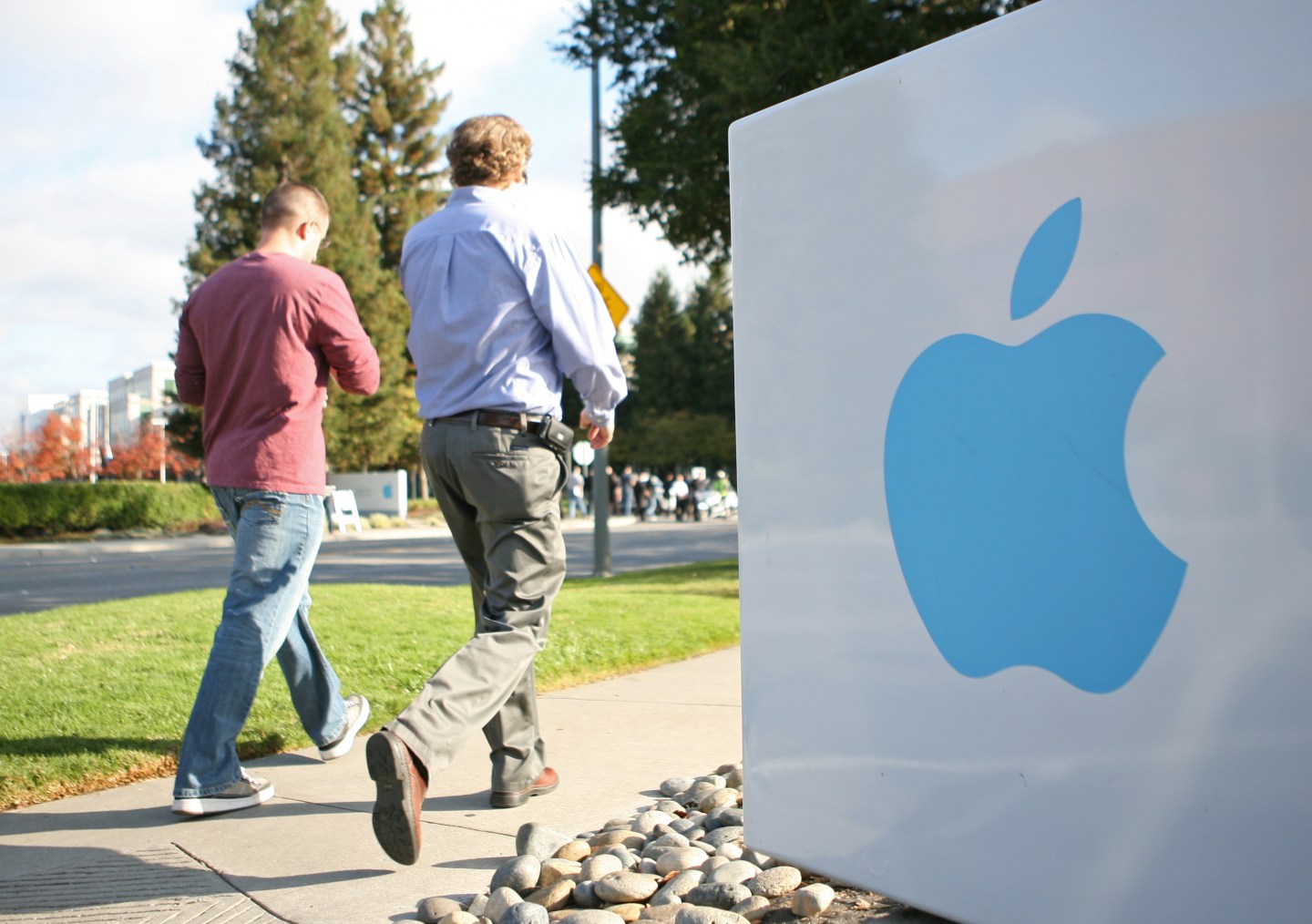 Apple employees walk towards the Apple Headquarters to attend Apple co-founder Steve Jobs' memorial service in Cupertino, California, on October 19, 2011. Apple stores across the country shut their doors for a few hours on Wednesday to allow its employees to participate in a staff celebration of the life of Jobs. AFP Photo/Kimihiro Hoshino (Photo credit should read KIMIHIRO HOSHINO/AFP/Getty Images)
Photograph by Kimhiro Hoshino — AFP/Getty Images

Apple (AAPL) released its U.S. workforce data on Tuesday and the results shouldn’t be much of a shock based on the lack of diversity at other Silicon Valley tech companies.

Apple reported that just 30% of its employees globally are female. Additionally, the company said that 55% of its staff is white, 15% is Asian, 11% is Hispanic and 7% is black.

In leadership positions, however, the numbers are even further skewed. Men hold 72% of Apple’s executive level positions. The company stated that 64% of its executives are white, 21% are Asian, 6% are Hispanic and 3% are black.

Notably, Sue Wagner of BlackRock joined Apple’s board of directors in July. Angela Ahrendts, senior vice president of retail and online stores and one of the company’s only female executive team members, joined Apple in May.

“Let me say up front: As CEO, I’m not satisfied with the numbers on this page,” said CEO Tim Cook in a statement. “They are not new to us, and we’ve been working hard for quite some time to improve them. We are making progress, and we’re committed to being as innovative in advancing diversity as we are in developing our products.”

But Cook also said that “definition of diversity goes far beyond the traditional categories of race, gender, and ethnicity,” including sexual orientation, veteran status and those with disabilities.

“Who we are, where we come from, and what we’ve experienced influence the way we perceive issues and solve problems,” he said in the statement. “We believe in celebrating that diversity and investing in it.”

Back in July, Twitter announced its own figures, with men also accounting for 70% of the work force. Additionally, 59% of the company’s employees are white.