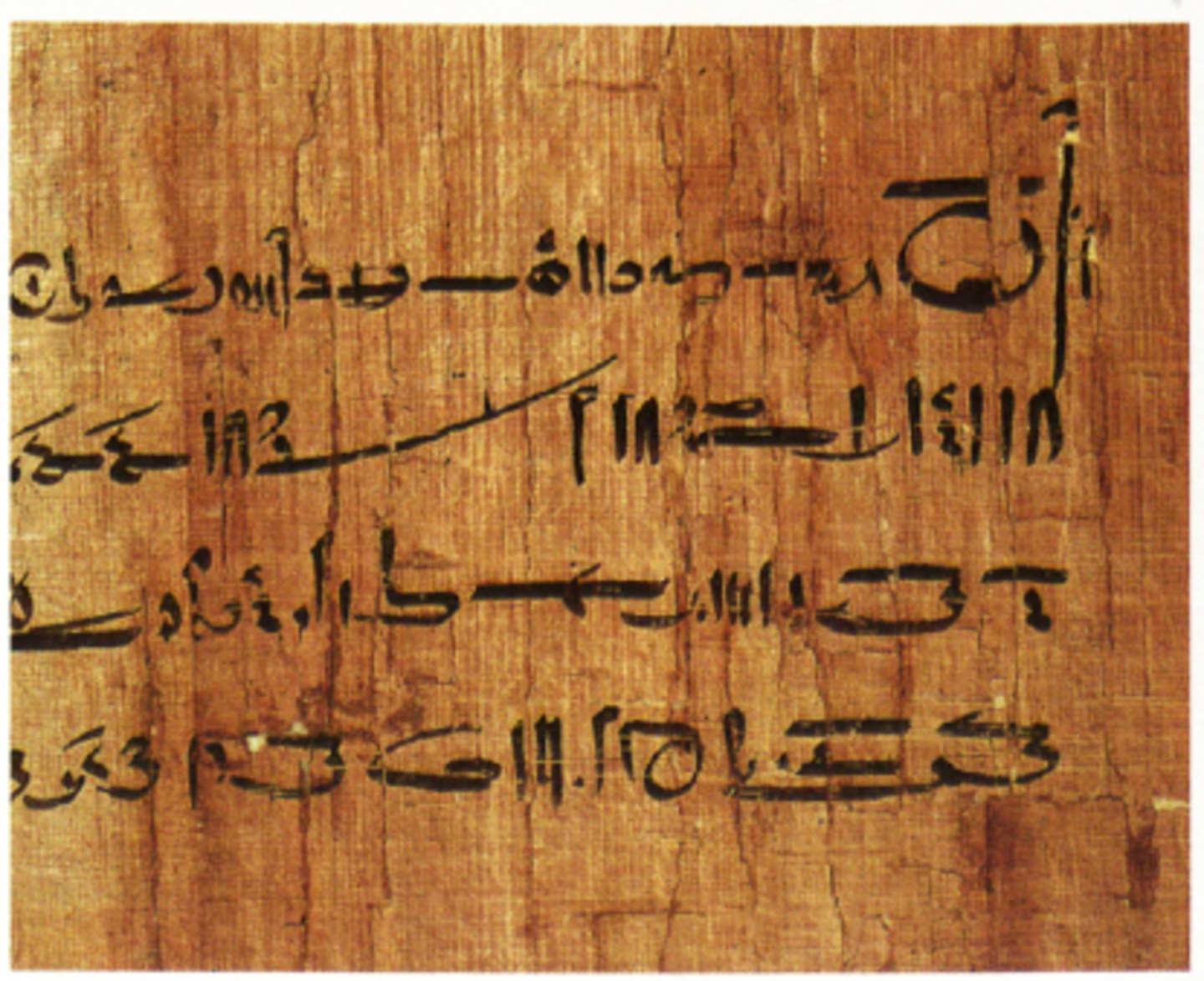 Courtesy of the Oriental Institute of the University of Chicago

Over 2,000 years separates us, but we may not be as different from the ancient Egyptians as one might think. An 8-foot long prenuptial agreement currently hanging at the Oriental Institute of the University of Chicago shows that their legislation and divorce proceedings were much like ours, Atlas Obscura reports.

Although they were dependent on their husbands and fathers, women in ancient Egypt actually had the same legal rights as men. This means that they could own property, sue, be sued, serve on a jury or as a witness, enter into contracts (much like this prenup), and file for divorce.

This particular agreement ensures that the wife would have been taken care of had the marriage fallen apart. She would receive alimony each year in the form of “1.2 pieces of silver and 36 bags of grain,” according to Egyptologist Dr. Emily Teeter. In another contract, the husband listed all of the property that his wife owned prior to the marriage and agreed to repay her for all of it in the case of a divorce. However, she did have to pay 30 pieces of silver for the privilege of writing up a prenup.