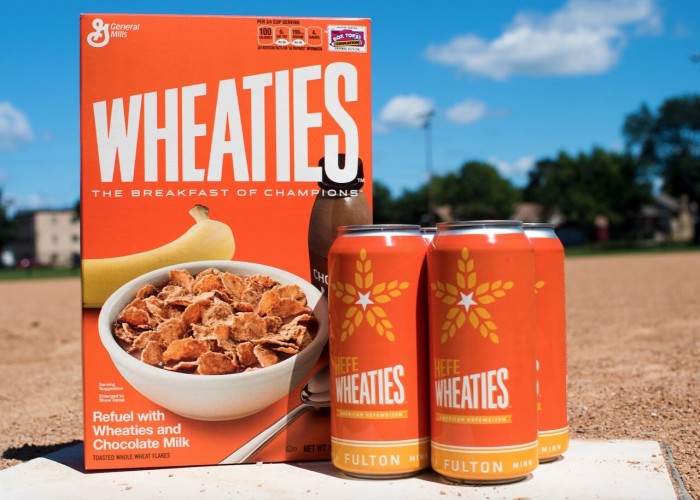 Wheaties, the breakfast cereal of champions, has teamed up with a nearby craft brewery in Minneapolis to create a limited-edition Hefeweizen beer, appropriately called HefeWheaties.

Fear not, there’s not actually any Wheaties in the beer. The connection is the wheat, which is a trademark of Hefeweizen brews. The south German-style of wheat beer is typically brewed with over 50% malted wheat.

HefeWheaties is the first of this style brewed by Fulton, the craft beer partner. The idea sprung from a shared sense of place: Minneapolis. That, and the management team at Fulton has close ties to General Mills, which owns Wheaties.

Ryan Petz, the president and co-founder of Fulton, initially worked for General Mills (GIS) after business school, as did Fulton’s direct or operations.

The beer is only a limited-time offering, and it’s only available within Minnesota state lines. But, if you’re in the area after Aug. 26, you can pick up a 4-pack of tallboys at the Twin Cities market or stop by the Fulton taproom in Minneapolis to give it a try.