Can you really test someone for integrity? 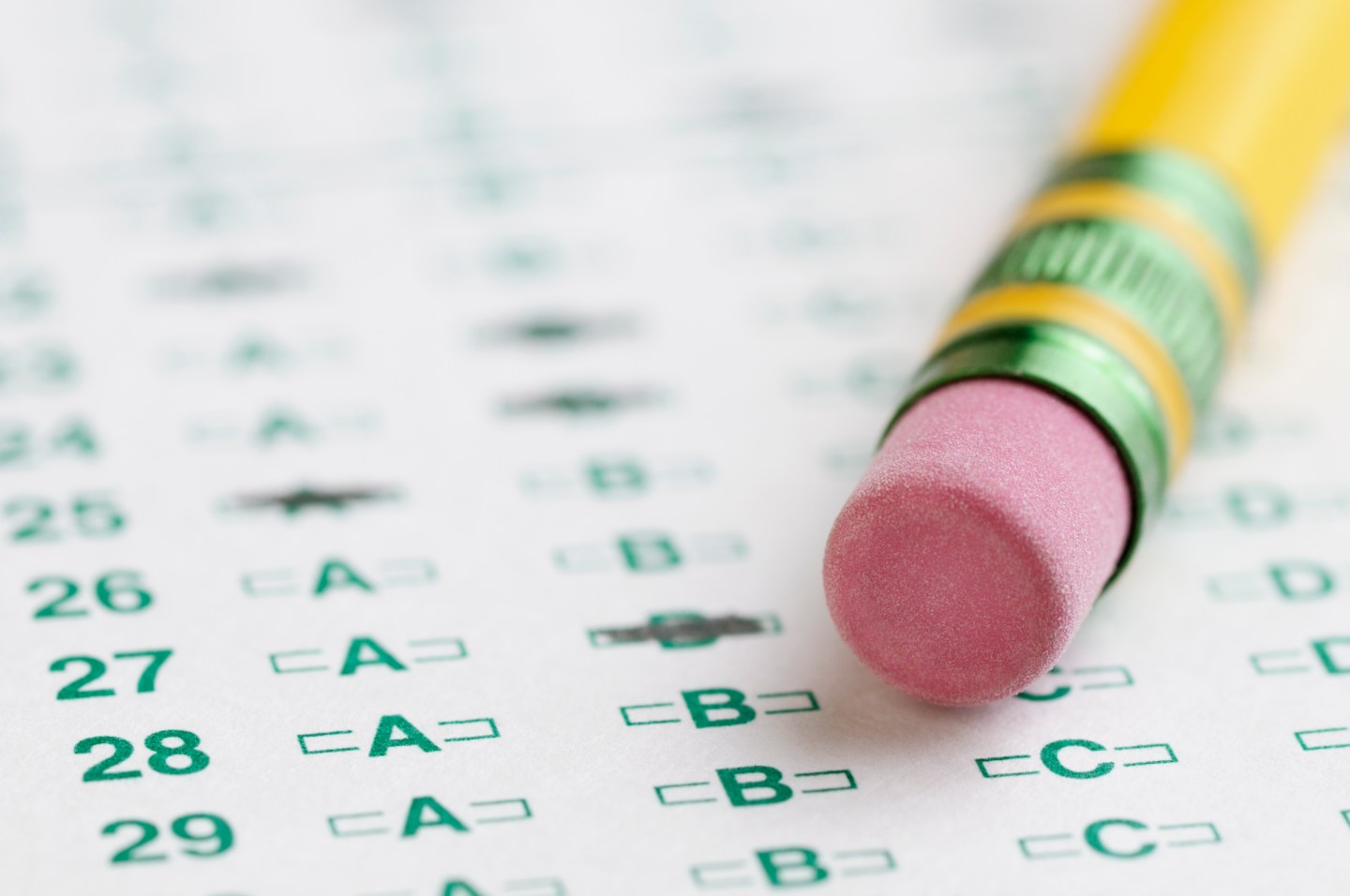 What is the single most important characteristic people want in their boss? Supportiveness, emotional intelligence, vision? No. Straight-forwardness, courage, ambition? No again. The answer is integrity. We want to be told the truth, we want people who have a moral compass, and we want honesty.

In a world of spin and branding, and buying and selling, the concept of integrity seems to get dismissed, but it always comes back to bite those who ignore it. The front pages of newspapers, magazines, and websites are regularly crowded with stories of the great and the good who lied, stole, and cheated their way to fame and destruction.

Many organizations list integrity or a synonym as one of their core values. This of course can seriously backfire when it soon becomes clear to clients and newcomers that it’s just a PR exercise, which can make a problematic situation even worse.

The repercussions have become so serious that many managers are “testing” for integrity during the hiring process. It’s become a big business, and their mounting popularity has been put down to increases in the workplace of theft and fraud, drug and alcohol problems, bullying and violence, etc.

There are a number of options open to those who are interested in honesty screening. They can buy or hire a polygraph or lie detector. Some organizations spend a lot of money vetting candidates’ background and credentials. Others try urine or blood testing. Some try careful biographical application form testing. And many are turning to standardized questionnaires.

“Preposterous!” is the cry of those who are intractably opposed to any form of self-report. The Achilles heel of these tests, they say, is that people lie on these things, and liars lie the most. Thus paradoxically the “innocent” hard-working individuals who may (honestly) admit to a few trivial and essentially irrelevant indiscretions are labelled “dishonest,” while psychopathic delinquents who lie through their teeth come out smelling only of roses. Some also argue that dishonesty is both culturally determined and highly variable. Dishonesty and lack of integrity are not characteristics of individuals, but a response to very specific situational factors.

So can integrity tests work? Is there evidence that these relatively simple questionnaires can detect whether people are more or less likely to engage in dishonest and counterproductive behaviors?

First, there are various ways of checking the reliability of tests. They include:

Certainly tests have been validated against very different criteria—theft, faking credentials, “counter-productive” behavior, etc.—and they do tend to produce rather different results. Working on company time or taking long lunch breaks is called “time theft,” while stealing office supplies (pens, paper) is strictly theft. But both of these could be considered trivial, certainly quite different from the theft of company secrets, or of valuable products used for production, or the products themselves.

Even with a series of reliability safeguards in place, the efficacy of integrity tests come with a mixed bag of qualifiers.

First, it is generally agreed that they can be useful. They predict dishonesty and are valid enough to help prevent various problems.

Second, testing alone won’t stop all theft, dishonesty, or sabotage as many factors other than dishonest individuals can cause them. A systems approach is needed.

Third, integrity tests may be measuring aspects of human personality that are stable over time. Research suggests that integrity is related to morality, a stable trait.

Fourth, there are problems in testing because some testing codes and standards insist that testees give informed consent on details about the test such as what it measures. Hardly the best thing to give the dishonest person!

Fifth, there may be legal issues in how “cut-off” scores are used and labelled. One could classify people as pass/fail or very/highly/moderately dangerous. How this information is used or recorded can cause expensive legal action. So is the game worth the candle?

Sixth, integrity tests are used to “select out,” not “select-in.” They are designed to help people weed out high-risk applicants, not identify “angels.”

So are so-called integrity tests a cost-effective, increasingly important screening necessity? Or are they a dangerous, improbable gimmick, as likely to lead to legal costs as identifying villains?

There is no clear answer, but there seems to be one reasonable and sensible conclusion: Used judiciously and in conjunction with other measures that also provide valid data, these tests can certainly alert one to the possibility that, given due cause to be dishonest, some individuals would much more happily do so than others.

Adrian Furnham likes to think of himself as an honest person with integrity and was pleased to find the tests agree with this evaluation. He is also Professor of Psychology at University College London having written over 1,200 scientific papers and 80 books. His latest book is Backstabbers and Bullies: How to Cope with the Dark Side of People at Work.