Why Google changed its name to Alphabet 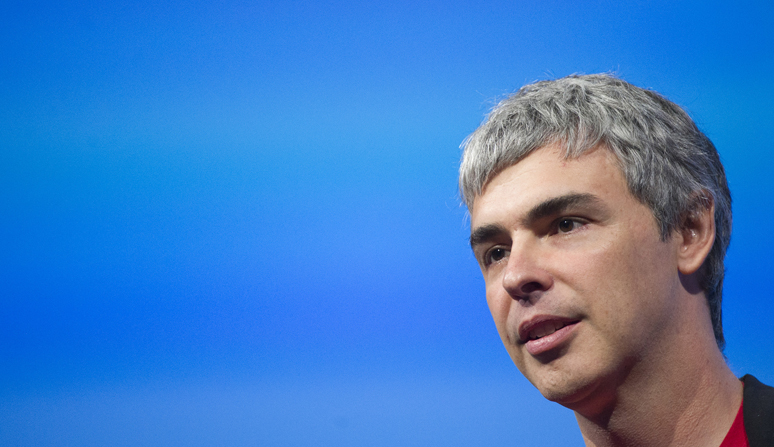 Google’s startling announcement Monday that it will change its name to Alphabet initially seemed more plot turn from the HBO comedy series “Silicon Valley” than real life. Having finally convinced us that a company with a silly name can be worth more than $400-billion, Hooli up and decides it wants an equally meaningless moniker.

Google’s co-founders are dead serious, of course. With a wave of their collective hand, and a securities filing for proof, Larry Page and Sergey Brin converted their lucrative grad-school invention into a holding company. Google lives as the company’s legacy business, which includes search, advertising, YouTube, and Android. Its boss will be the earnest Sundar Pichai, whom I interviewed in late May as he showed a knack for balancing Google’s ability to aim high without quickly asking for the sale. Alphabet will house the company’s goofier experiments, including its self-driving car, Google X, and health-related investigations as well as more offbeat creations like Nest and two investment arms. Alphabet, which includes Google itself in its stable of businesses, will be run by the co-founders plus executive chairman and former CEO Eric Schmidt.

The most obvious reason for the shift is clarity. When Google later this year starts reporting two financial segments—core and non-core—investors will have a better sense of the amazing strength of the former and the profligate spending of the latter. (Fortune’s Erin Griffith astutely pointed out Monday that for all its “moonshots,” Google fundamentally remains an advertising company.) Should the future Alphabet decide it wants to ditch, separate, or create new capital structures for any of its non-core businesses, the new division will facilitate matters.

Three other factors likely are at play.

First, Larry Page gets to return to the role he enjoyed while Schmidt helmed Google, that of controlling genius watching over his (extremely well compensated) adult supervisor. Who can blame Page for wanting to throttle back on responsibility and devote himself to dreaming, something at which he appears to excel? This time, though, there’s a difference. Page now is the adult overseeing his fellow adults, including Pichai. In an essay explaining the move, Page adroitly has cast himself in the role of asset allocator. Many tip their hat to Warren Buffett as the model here, but allocating assets is the job of every CEO. (Brin never stepped up to a demanding executive role at Google; his status is effectively unchanged.)

Second, Page sets in motion a positive domino effect of talent moves by promoting Pichai, a capable and potentially woo-able executive. Early business-minded employee Omid Kordestani, who had retired rich years ago, ends his short-lived return by becoming an Alphabet and Google advisor. Page also has sent a powerful internal message that only technical executives need ever dream of running Google. But with the elevation of the top product executive and the removal of the top business executive all sorts of strivers now have an opportunity to ascend, strivers not being in short supply at Google.

Perhaps the biggest winner here is one of Google newest executives, Ruth Porat, who remains chief financial officer at Google and takes on the same role at Alphabet. (Page, Brin, Schmidt, and corporate development chief David Drummond will toil only for Alphabet.) Newly arrived from Wall Street, Porat would have been in the best position to explain to Google’s long-serving executive team how badly investors want transparency from its sometimes frustrating golden child. Porat may well need to play “bad cop” in the future regarding Alphabet’s investments, yet already she has played “good cop” to the financial industry, where she spent the bulk of her career.