Stop treating networking like a round of speed dating 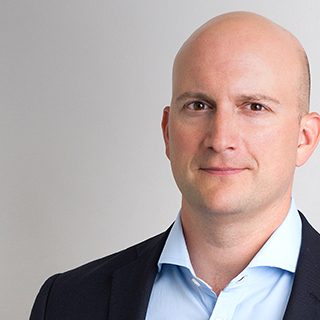 The Leadership Insider network is an online community where the most thoughtful and influential people in business contribute answers to timely questions about careers and leadership. Today’s answer to the question: What’s the best way to network? is written by Dan Rosenberg, SVP of business and corporate development at MediaMath.

Most people bristle at the term ‘networking’ – not because they are bad at it, but because it sounds transactional and disingenuous. Well, here’s a way to fix that: Do the opposite. Be real. Take your time. Focus on planting the seeds of long-term relationships. Networking, for lack of a better term, should be interesting and fun. If you’ve gotten yourself into the right room of people and you’ve done your homework, then you can slow down, enjoy getting to know the people around you and maybe even add some real value. Here are my top five do’s and don’ts to network successfully:

Make sure you’re at the right event
Don’t waste your time in a conversation trying to figure out if you are talking to the ‘right’ person – do that beforehand. If you make sure you’re in the right room to begin with – meaning the event is in your field of interest, attracts people from your industry or is aimed at the audience you’re hoping to attract – you can be confident that anyone you talk to is someone who you’d want to network with.

See also: How to get the most out of a networking event

Do your homework
The key to building relationships is finding points of connection, so increase your chances of success by uncovering common ground beforehand. Get a list of presenters and attendees: review their bios; check out their LinkedIn (LNKD) pages to see previous jobs, where they went school, places they’ve lived, people who you might know in common; get a glance at their profile picture. This will help you find the people that attracted you to the event in the first place and give you a head start in the conversation once you do find them.

Don’t network ‘speed dating’ style
So you’re in the right room and you’ve done your homework, now just relax and focus on having a deep conversation with two or three people, as opposed to running around trying to have quick, shallow conversations with as many people as you can. During a 30-minute networking session, it’s far better to spend 15 minutes with two people — developing an actual connection — than two minutes with fifteen people. Again, focus on personal connections, not business; look for common ground. You aren’t going to close a business deal at an event – so don’t be selling something. Plant seeds now that you can nurture over time.

Add value
If you’ve found some common ground with someone you’ve just met, the next step is to find a way to add value for them. Even if your business or background isn’t relevant to them, maybe you can introduce them to someone else that can help – a potential client, vendor or advisor. Maybe you read an article or book recently that might be relevant to them – for either their business or personal life. If you want to leave someone with a positive impression of you, then focus on adding value.

Always follow up
You must send an email to anyone you spoke to within 24 hours of meeting them. This is non-negotiable. It’s such a critical step that if you don’t follow up, it’s as though the conversation never happened. At the most basic level, an email include the event, your name or company in the subject line and something relevant to what you discussed in the body. Ideally you can follow-up on that value-add you uncovered during the conversation — an intro, a link to an article, etc. There may be nothing more to talk about now, but down the road you can “reply-all” to that email to strike up a new conversation — and you’ve made it easy to recall your initial value-added networking conversation.

What a game of chess can teach you about networking by Shahrzad Rafati, founder and CEO of BroadbandTV.

Business cards aren’t outdated and 4 other networking tips by Tom Gimbel, CEO of the LaSalle Network.

How to work a room at an important networking event by Carol Leaman, CEO of Axonify.

The one question you have to ask everyone you network with by Clark Valberg, CEO of InVision.

Forget what you know about networking. Do this instead by Jim Yu, CEO of BrightEdge.

Why face-to-face networking will never go out of style by Kevin Chou, co-founder and CEO of Kabam.