What happens when the town’s biggest employer gets sold? 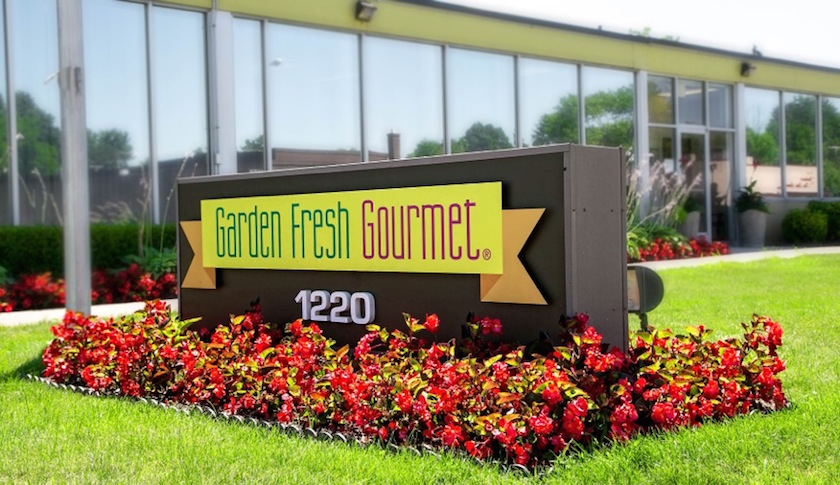 The country’s top distributor of fresh salsa isn’t in California—it’s hidden in the suburbs of Detroit.

The warehouse and production facilities for Garden Fresh Gourmet hum with the activity of nearly 500 employees who help the firm do $100 million a year in revenue selling salsa, chips, hummus, and dips. But there is no branding on the walls or obvious signage declaring that you’ve just arrived at a snack food powerhouse that was recently acquired by Campbell Soup (CPB) for $231 million—making it one of the biggest paydays for a Michigan entrepreneur in recent memory.

But even before the ink was dry on the contract at the end of June, the people of Ferndale, which sits just on the other side of the infamous Eight Mile Road from Detroit, were wondering what the deal would mean for them. After all, Garden Fresh is the city’s largest employer, and its founders, Jack and Annette Aronson, have been instrumental in local philanthropy and economic development, helping push the area’s industrial vacancy rate down from 25% five years ago to 5% today.

“The Aronsons have garnered international attention that reflects on Ferndale,” says Mayor Dave Coulter. “We have other businesses who have come here in part because of their story. And with the sale, there is a new understanding in our community of the importance of businesses like Garden Fresh.

“Obviously there is some nervousness,” he adds. “We don’t ultimately know what Campbell’s commitment to Ferndale will be. But so far, I’m optimistic.”

The Aronsons founded Garden Fresh nearly two decades ago in the back of their struggling barbeque restaurant after Jack came home from a trade show with the idea for a preservative-free salsa. He began mixing up batches in five-gallon buckets, tweaking the recipe until he got it right.

“I remember the day I went in to Jack and Annette’s place and in the Pepsi cooler instead of pop there was a bucket of homemade salsa,” says Coulter. “I remember thinking, ‘What in the heck is this about?’”

The restaurant failed, but the salsa succeeded and built a brand that calls Kroger and Costco its largest customers. Not bad for the hometown boy who delivered newspapers in Ferndale as a kid and married his high school sweetheart.

“I think this has been inspiring to a lot of people,” says Dave Zilko, vice chairman of and spokesman for Garden Fresh. “It’s an only-in-America story: These flunkies from Detroit start a fresh salsa company and sell it to a Fortune 500 company.”

The Aronsons rebuffed numerous offers from other large conglomerates in past years and were initially skeptical of Campbell’s interest. In fact, Zilko assumed a meeting would be perfunctory, but his five-minute meet and greet became a three-hour chat. When Campbell said it was committed to fresh ingredients and maintaining production in five-gallon buckets—as it is still done today in order to preserve the flavor profile—Zilko knew he’d found the right people to grow Garden Fresh into the future.

“I came back to talk to Jack and Annette, and tears started rolling down her face,” he says. “At first Jack didn’t want to sell; he wanted to wait a few more years. He’s never wanted to be the biggest, just the best. But I told him, ‘If you care about Garden Fresh, you want the company to end up in hands like these.’”

Todd Putman, Campbell’s new general manager of Garden Fresh, says the company has retained most of its existing employees and that job applications are up fourfold since Campbell took over in July.

“They can offer higher wages and more generous benefit package than we were able to offer,” Zilko says. “There is more security for our employees because there is more opportunity to advance. I think the sale will enhance their careers.”

Putman won’t confirm the new pay or benefits but says that Campbell is committed to fair compensation and offers paid vacation and sick days. Even more important—Garden Fresh is not leaving town.

“We didn’t do anything to make applications go up other than communicate that we’re here and we’re here to stay,” he says. “We love Ferndale. It’s an up-and-coming city. We’ve got lots of long-term plans to make Ferndale thrive and grow.”

The Aronsons aren’t done with Ferndale either. The couple is launching a philanthropic organization as well as a new company that will offer processing to other food entrepreneurs. Zilko says the couple, who are famous in the region for mentoring startups—including Drought cold-pressed juice and McClure’s Pickles—will continue to do so through their Startup Engine Entrepreneur Depot program. They will also retain ownership of the line of stuffed burgers they started with Zilko and market them under the name Jack’s Special Grilled.

For local entrepreneur Rifino Valentine, it’s a boon to have a $1 billion unit of a Fortune 500 company just six blocks away from his micro-distillery, which produces award-winning vodka, gin, and bourbon.

“The fact that Garden Fresh was here was front and center in my mind,” he says. “It showed me that there is actually a lot of manufacturing here and not just metal work and stamping auto parts. There are quality consumables.”

A former Wall Street trader originally from Michigan, Valentine opened his namesake distillery in 2008 near Lansing with an eye toward Detroit. But he found navigating the policies and politics of Detroit too difficult at that time, so he considered Ferndale as a suitable alternative. Valentine recently tripled the size of his production facility to meet demand and expects to expand distribution beyond the eight states he currently serves.

That growth is just one small part of the 4,200 new manufacturing jobs created in the area last year, according to a recent report from Austin, Texas-based Headlight Data. Wayne County, in which Detroit sits and Ferndale borders, posted the country’s highest growth in manufacturing jobs in 2014.

“A lot of cities like Ferndale—we look for those high-tech companies and startups or midsize companies,” says Mayor Coulter. “But in Michigan I think the food production business and the distilling business are two underappreciated but fast-growing sectors. We now have two mead distillers.” Ultimately, the sale of Garden Fresh to Campbell will be good for Ferndale, Coulter says, “because it helps put a spotlight on just how active and successful these sectors are.”