Apple, Microsoft, Yahoo: What to expect from this afternoon’s biggest earnings reports 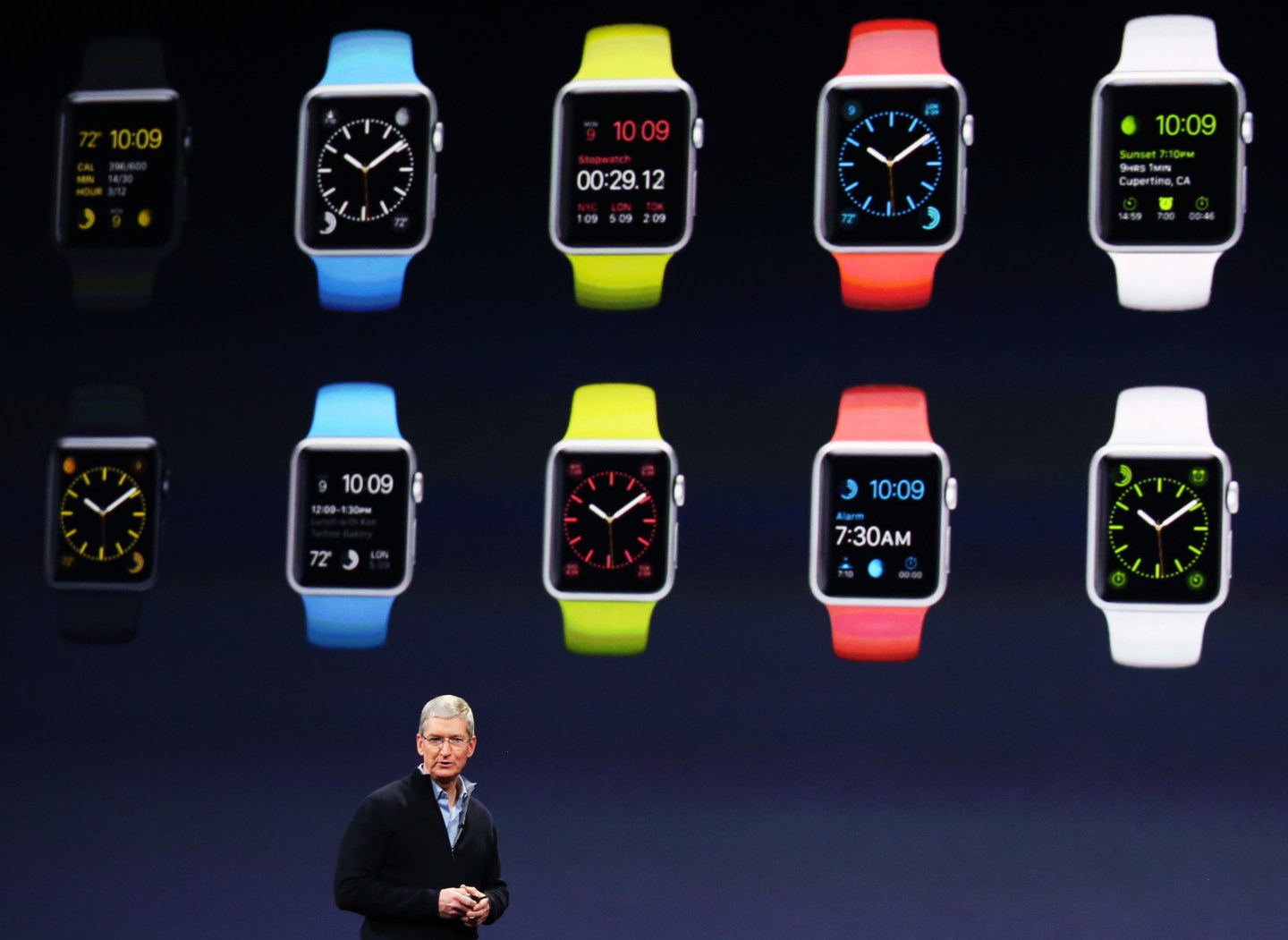 Corporate earnings season kicked off in earnest this week and disappointing results from a handful of major companies sent the stock market tumbling on Tuesday.

The Dow Jones Industrial Average is down more than 200 points on the day with the stock declines of companies such as IBM (IBM) and United Technologies (UTX) — both of which reported sales drop-offs — dragging down the blue-chip index.

The earnings bonanza is just getting started, though, as this afternoon’s crop of corporate results includes quarterly figures from a number of potential market-movers, from Apple to Chipotle.

Here’s what to expect from the earnings reports scheduled for after today’s market close:

This is earnings event the market waits for every quarter and today is no exception as investors hope that Apple (AAPL) will break down the sales numbers for the Apple Watch. The watch launched in April — the first major product launch under CEO Tim Cook — and there have been contradictory reports on the product’s sales performance — some good, some bad. The consensus seems to be that those numbers will not be made public, though Fortune‘s Philip Elmer-DeWitt polled two groups of analysts that predicted the tech giant sold somewhere between 4 million and 4.5 million of the smartwatches last quarter.

Meanwhile, Apple is expected to post strong third-quarter numbers, with analysts surveyed by Thomson Reuters predicting 32% revenue growth to $49.3 billion. Analysts polled by Fortune expect Apple to post earnings per share of $1.81 after reporting EPS of $1.28 during the same period last year. Those analysts also predict a 40% increase in the number of iPhones sold in the quarter, to 49.4 million phones. Apple sold 61.2 million iPhones in the second quarter.

Microsoft’s (MSFT) fourth-quarter revenue is expected to have dropped more than 5%, to just over $22 billion. Sales of the software giant’s Windows operating system stalled as customers await the release of Windows 10 later this month. Revenue from the cloud business, the company’s focal point going forward under CEO Satya Nadella, should continue to clock big gains, but that unit remains a small portion of Microsoft’s overall business.

Meanwhile, the company is likely to post significant losses for the quarter due to a one-time impairment charge of $7.6 billion that stems from Microsoft’s much-maligned purchase of Nokia’s handset business. Microsoft also faces a restructuring charge of at least $750 million related to job cuts. Earlier this month, the company said it would cut another 7,800 positions in the second round of massive job cuts in less than two years since Nadella took over.

During this afternoon’s conference call, investors will be listening closely for any commentary from company leaders on the highly-anticipated Windows launch, the company’s efforts to reverse the decline in Windows sales, and any progress updates on the company’s cloud-first, mobile-first strategy.

With its sinking share price and an expected dip in sales, Yahoo’s (YHOO) best bet for exciting the market this afternoon will likely be to share some positive news regarding the company’s planned spin off of its $32 billion stake in Chinese e-commerce giant Alibaba (BABA). Last week, Yahoo officially filed plans for the spin off, but the transaction could come with a big tax hit. Investors could also be interested in hearing more about Yahoo’s move into legal online gambling with its updated fantasy-sports app.

Yahoo’s stock is down more than 20% so far this year and the company’s first-quarter sales and profits both declined from the same period last year. Those disappointing results have resulted in investors questioning the turnaround strategy of CEO Marissa Mayer, who is now in her third year on the job. It won’t help that Yahoo is expected to report another decline in both quarterly revenue and earnings.

Chipotle (CMG) is not quite expected to match its 20% year-over-year sales increase from the first quarter, but second-quarter revenue is still expected to clock in at a strong $1.2 billion, which would represent nearly a 16% bump. However, the quarter could also see Chipotle’s comparable sales growth drop into single digits after a 10% increase in the first quarter that came in below analysts’ expectations.

Chipotle’s first-quarter numbers suffered a bit from the fast-casual chain’s infamous carnitas shortage, which arose after Chipotle parted ways with a pork supplier that violated the company’s strict standards for the humane treatment of animals. The company’s stock is still down about 1% for the year, but shares have gained nearly 12% since the start of July — just in time for news that an end to the carnitas crisis is in sight. Investors will certainly be keen to hear more about Chipotle’s pork supply outlook on Tuesday afternoon, along with any feedback on the restaurant chain’s decision to remove all genetically modified organism (GMO) ingredients from its products.

GoPro (GPRO) sells a large chunk of its wearable cameras overseas, which makes the company susceptible to foreign currency headwinds stemming from the strong U.S. dollar. But, GoPro — headed by CEO and founder Nick Woodman — reportedly saw strong demand for its line of Hero4 action cameras, which could result in second-quarter revenue that outpaces Wall Street’s expectations. GoPro is expected to report roughly $395 million in sales for the quarter, which would represent a 62% increase year-over-year, according to Thomson Reuters.

GoPro’s stock is down slightly ahead of the earnings report after jumping on Monday following the announcement of a premium content licensing portal as well as a partnership with Toyota Motor (TM) that will result in 2016 Toyota Tacoma trucks featuring a windshield mount specifically designed to house a GoPro camera. This afternoon, investors will be interested to see GoPro’s outlook, and to hear about strategy going forward, as GoPro continues to navigate its shift from being a camera-maker to a full-fledge media company. The market will also be listening for any information on the company’s reported interest in virtual reality and drones.