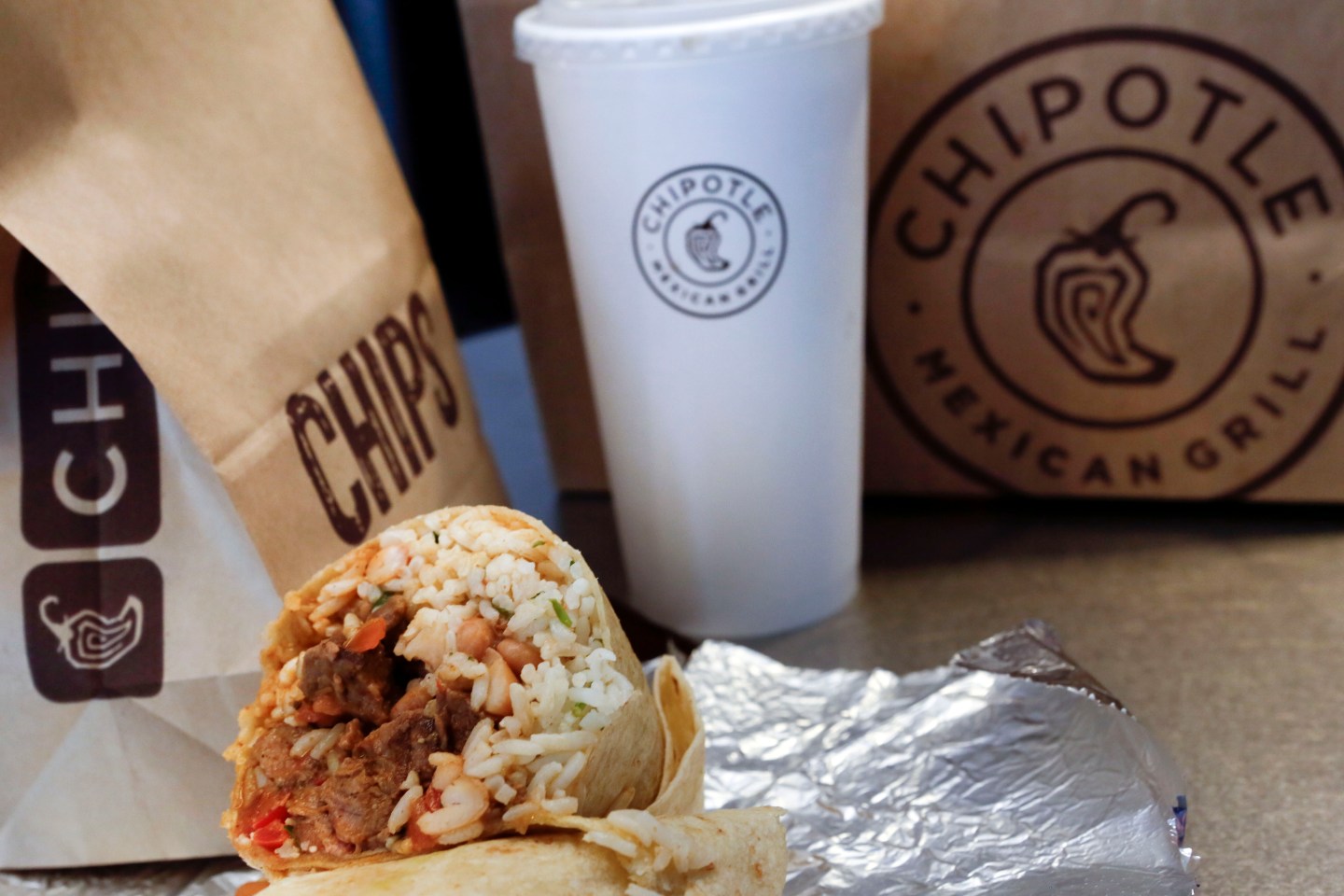 A steak burrito is arranged for a photograph with a drink and bags of chips at a Chipotle Mexican Grill Inc. restaurant in Hollywood, California, U.S., on Tuesday, July 16, 2013. Chipotle Mexican Grill Inc. is scheduled to release earnings data on July 18. Photographer: Patrick T. Fallon/Bloomberg via Getty Images
Photograph by Patrick T. Fallon — Bloomberg via Getty Images

Chipotle Mexican Grill is grappling with a carnitas crisis, and relief will only come much later in the year.

In February, the burrito restaurant chain stopped serving pork at hundreds of its restaurants after suspending a supplier that had violated its standards. The restaurant insists on pork from pigs raised in humane conditions with ample room to move, rather than in cramped pens. The move, which Chipotle says is important to its reputation among the younger consumers, slowed the company’s sales growth in the first few months of 2015 and has created a shortage at about around one-third of its 1,800 restaurants at the start of its peak spring and summer seasons.

Chipotle co-CEO Steve Ells told Wall Street analysts on a conference call Tuesday that the company has found a new supplier that can help it fill the gap and is now conducting on-site visits to examine every aspect of the supplier’s operation. Barring any glitches, Chipotle should be gradually increasing its supply of pork over the summer and be back in full supply sometime during the autumn, he said.

The pork shortage, along with the bad weather that afflicted the eastern half of the U.S. this winter, lowered Chipotle’s comparable sales growth by about 2 percentage points to 10.4% in the first quarter, below the 11.8% analysts were projecting. The company’s shares (CMG) fell 5% in after-hours trading.

Compounding the problem for Chipotle is the fact that its customers are creatures of habit, typically ordering the same dish on every visit. So the pork problem didn’t prompt all that many to try something else.

“We had hoped that the shortage would encourage our carnitas customers to try another menu option, and some did, but many have decide to hold out until carnitas return to their market,” Ells said.

Chipotle made things worse for itself by rotating which markets would be carnitas-free for six weeks at a time during the winter. That created confusion among customers about which restaurants at which times were out of carnitas, with many not knowing when their local Chipotle was back in supply. That “worsened the sales impact,” Ells said. Chipotle has stopped rotating the carnitas blackouts. The Associated Press has reported that carnitas represent about 6% to 7% of entree orders. (Chicken entrees are by far the leader of the pack.)

Adding to Chipotle’s challenges, beef prices are near historic highs, pressuring its margins. As a remedy, it will most likely raise the prices on its steak and barbacao items by as much as 6% later this year, placing Chipotle in a bind given its stated vision of keeping its menu options “accessible.”

Last year, Chipotle did not see customers trade down from its steak and barbacoa after it increased prices on those items more than on other items. (Higher prices accounted for the bulk of Chipotle’s comparable sales growth last quarter.) It must be hoping the same will happen this year, because its customers apparently don’t try other menu items, like carnitas, which in any case will still be hard to find in huge swathes of the country.