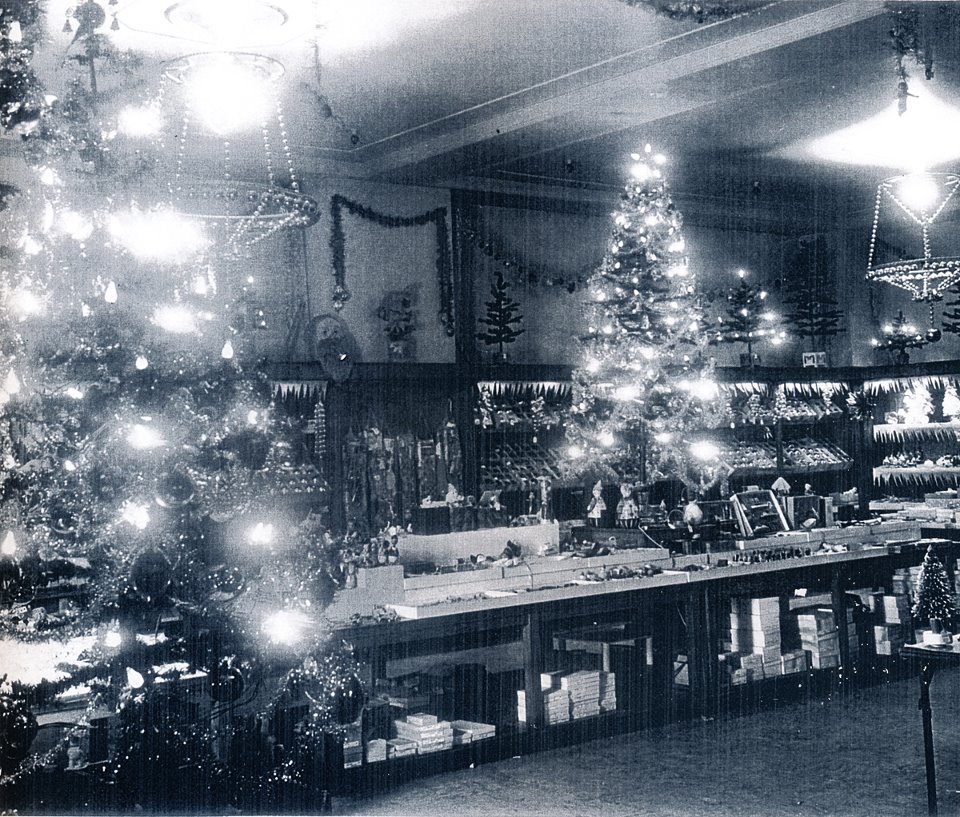 Courtesy of Toys "R" Us

FAO Schwarz is closing its doors on Wednesday, ending a 145-year run as a high-end New York toy retailer that was as much of a must on any tourist’s itinerary as Tiffany & Co or Bergdorf Goodman.

Its flagship on Manhattan’s Fifth Avenue, the last store of a chain that once had 40 locations, is shuttering, felled by rising rents and the rise of online shopping. But the brand will live on in the form of FAO boutiques inside stores run by its parent company, Toys “R” Us, which bought it in 2009.

The retailer, whose German immigrant founder Frederick August Otto Schwarz at one point was believed to be the largest toy dealer in the world, has etched itself into the collective imagination and even pop culture: a giant illuminated keyboard at the store that Tom Hanks and Robert Loggia danced on was featured in the 1988 classic movie “Big.” In 2011, FAO Schwarz was prominently featured in “The Smurfs” motion picture.

Below is a slide show of the iconic store through the years.

Broadway in New York circa 1894. The toy store then called “Toy Bazaar” was founded by Frederick August Otto Schwarz and his two older brothers. The brothers first and second NYC locations were at 765 Broadway and 1159 Broadway.Courtesy of Toys “R” Us

FAO Schwarz 23rd Street location in New York circa 1897. Frederick consolidated the two NYC stores and moved their location to the heart of Union Square before moving to 23rd Street. Courtesy of Toys “R” Us

The cover of the FAO Schwarz spring and summer goods catalog from 1911. The building is of the toy store’s 303 Fifth Avenue location. Frederick passed away the same year.Courtesy of the Smithsonian Libraries

Different store fronts photographed inside the catalog from 1911. Courtesy of the Smithsonian Libraries

FAO Schwarz moves to 745 Fifth Avenue, a location it would occupy for 55 years in 1931.Courtesy of Toys “R” Us

FAO Schwarz display window at it’s Fifth Avenue location in 1935.Courtesy of the Museum of the City of New York

A boy and girl looking at profusion of toys at FAO Schwarz store circa 1940. Read Fortune’s 1940 story about the store’s rise. Photograph by Arthur Gerlach

Santa and Mrs. Claus answering telephone calls in their workshop at FAO Schwartz circa 1947. FAO Schwarz set up a phone number for kids to speak to “Santa” and tell him their holiday wishes.Photograph by Martha Holmes — The LIFE Picture Collection/Getty Images

People looking in the windows at FAO Schwartz’s toy store in 1958. Photograph by Eliot Elisofon — The LIFE Picture Collection/Getty Images

Shoppers in front of the FAO Schwarz toy store, 59th Street and Fifth Avenue in New York, May 22, 1973.Photograph by Anthony Camerano — AP

A remote control TOMY robot offers children a cup of soda at FAO Schwarz in New York on November 30, 1985, as the Christmas shopping season began. This was the last year the toy store had at its 745 Fifth Avenue location. The store moved its flagship store to the current location. Photograph by Phillip Schoultz — AP

A still from the 1988 Hollywood blockbuster, “Big:” Robert Loggia, left, and Tom Hanks stand on a giant piano keyboard at the FAO Schwartz toy store. The piano became a major tourist attraction at the store. Courtesy of Twentieth Century Fox

Children play video games at FAO Schwarz on November 18, 1993. The toy store became the first retailer to sell the Nintendo Entertainment System (NES) in the U.S. in 1985. Photograph by Mark Peterson — Corbis

Children surround a “Furby” at the opening of the FAO Schwarz “Furby Shop” in New York on October 2, 1998. The Furby became one of the hottest toys in the Christmas retail market. FAO hosted the launch event. Photograph by Ray Stubblebine — Reuters

A nearly 15-foot bronze bear from FAO Schwarz is placed on a ferry heading to Bainbridge Island in Seattle on January 25, 2004. Doug Hartley purchased the bear on eBay for approximately $11,800. He planned to display it in front of his child care center.Photograph by Ron Wurzer — Getty Images

FAO Schwarz was purchased by D. E. Shaw & Co. in 2004. The new owners redesigned the store to reopen Thanksgiving Day.Photograph by Redux

The inside of FAO Schwarz is pictured on May 18, 2015. The famous toy store, opened in 1862 and in its current location since 1986, will be closing in July 2015 due to rising rents. Photograph by Timothy A. Clary — AFP/Getty Images

The outside of FAO Schwarz. The FAO Schwarz brand is currently shopping for a new location.Photograph by Bilgin Sasmaz — Anadolu Agency/Getty Images