F.A.O. Schwarz didn’t have to die 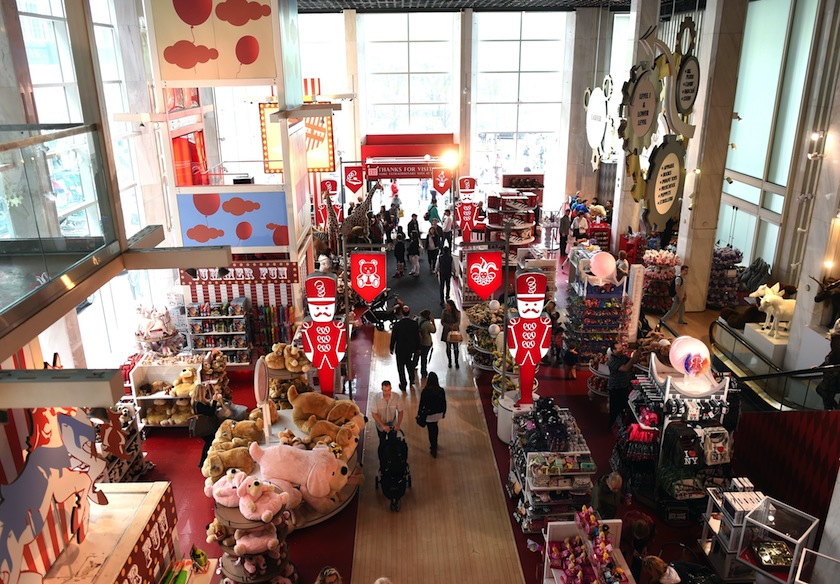 The inside at FAO Schwarz is pictured on 5th Avenue in New York May 18, 2015. The famous toy store, founded in 1862, the oldest toy store in the United States and in its current location since 1986, will be closing in July 2015 due to rising rents. The FAO Schwarz brand is now exclusively operated by Toys "R" Us Inc., which is currently shopping for a new location for the brand. AFP PHOTO / TIMOTHY A. CLARY (Photo credit should read TIMOTHY A. CLARY/AFP/Getty Images)
Photo by Timothy A. Clary—AFP/Getty Images

In a “say it ain’t so” moment, beloved toy store F. A. O. Schwarz has announced that it will not be staying in business, even though its lease on the grand space it occupies at Fifth Avenue and 58th street is not up for renewal for some time. The company evidently couldn’t escape the pressures of relentless competition from the likes of warehouse stores, Amazon, Wal-Mart, Target, and even its owner, Toys R Us, which doomed other toy sellers such as mall staples K-B Toys and Zany Brainy.

F. A. O. Schwarz’s demise, however, was far from inevitable. Instead, I would argue it is a result of the retailer clinging for far too long to a losing business model, when one that could have saved it was just down the street.

A few blocks away from the soon-to-be-shuttered F. A. O. Schwarz location, on Fifth Avenue and 49th Street, you will find the American Girl Place. The store, which always seems to be packed when I pass by, is testament to how powerful (and profitable) the creation of must-have experiences can be. You can get your doll’s hair cut in the doll hair salon. You can get her ears pierced. You can buy a doll that looks like your daughter. If you make a reservation well in advance, you can dine there in special chairs that accommodate your doll. You can bring your doll into the doll hospital. You can purchase matching outfits for the doll and yourself. You can have a birthday party at the store, complete with food and arts and crafts. You can, of course, also buy dolls and accessories there, but that really isn’t the point.

Each of these activities is an opportunity to generate revenue that has little to do with the purchase of a toy and everything to do with the experience the girls in your life can have in the store.

For inspiration of a different kind, F. A. O. Schwarz executives could have walked just a few blocks further south on Fifth Avenue to a thriving toy retailer, the Build-A-Bear workshop on 46th Street. At that store, customers create the toys themselves, moving from station to station around the shop, picking out details that allow them to custom-create bears, dinosaurs, whatever. Every step in that process generates a bit more revenue for Build-A-Bear. It’s the go-to place for birthday parties, rainy days, any time the young folk in your life are restive and you have money to spend.

Maxine Clark, who founded the company in 1997, has figured out how to get parents and other adults to pay good money to provide free labor that, in essence, creates her product. The company generated $392.4 million in the period ending in January of 2015.

So, what are the lessons for F. A. O. Schwarz? Like many other companies, its business model had eroded. Toys purchased there were often more expensive than readily available alternatives, and vicious competition in the category had convinced many toy-buying adults that they could get a better deal elsewhere. They tried to make a profit on items customers didn’t see value in, while simultaneously giving the experience of being in the store away for free.

According to a recent New York Times article, what customers are reportedly mourning about losing the store are things like the talking tree, the oversized floor piano, and the physical space itself, which customers considered “magical.” They could have taken a page or two from their Fifth Avenue neighbors and develop revenue streams around providing a truly magical experience.