Coming soon: An Uber for trash 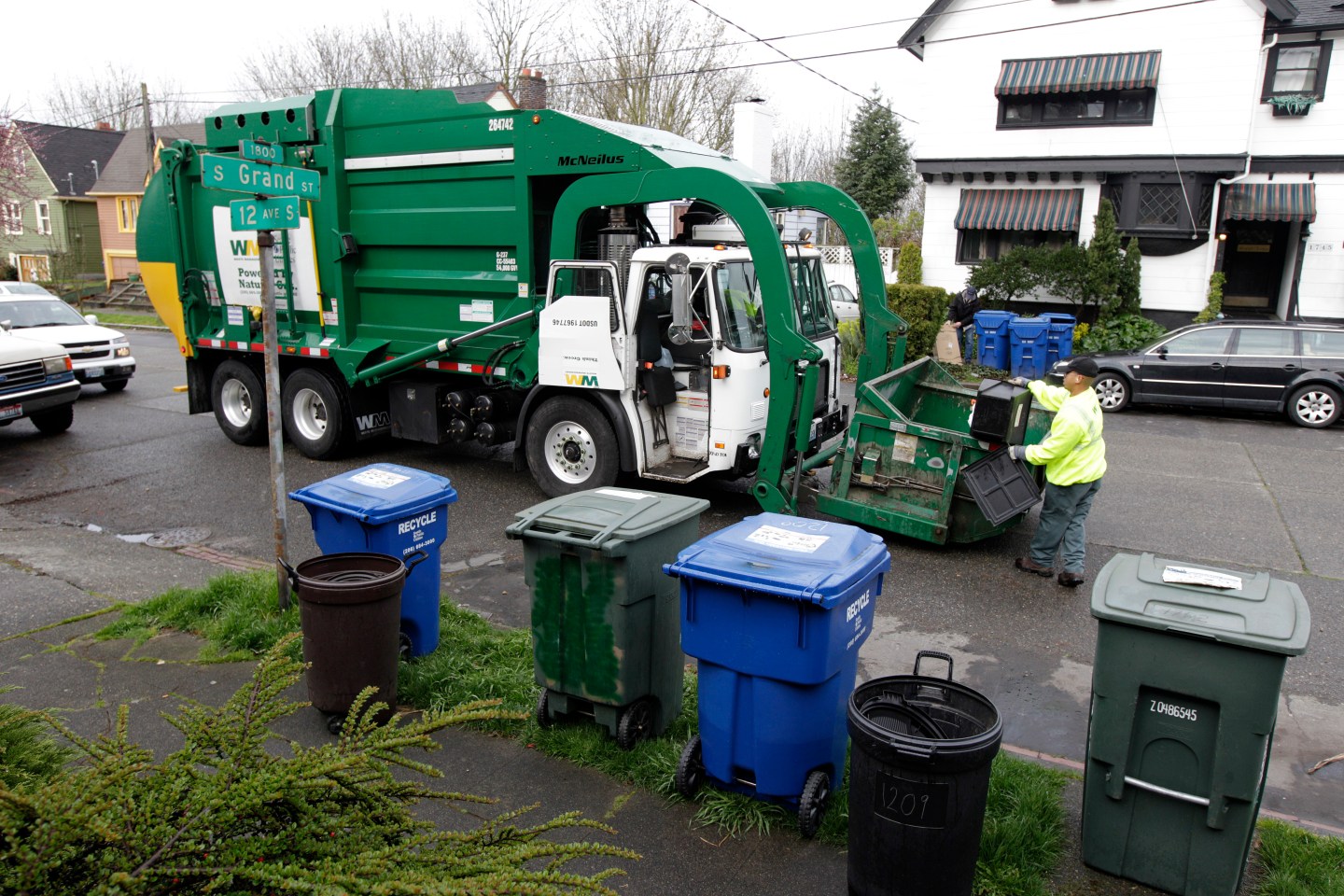 Anousone Sudettanh, an employee of Waste Management Inc., collects garbage for the city of Seattle, Thursday, April 5, 2012. City officials are now weighing switching to every-other-week garbage collection from the currently weekly pick-up rate, and the city council is considering whether to test the concept in about 800 single-family homes in four areas this summer. (AP Photo/Ted S. Warren)
Photograph by Ted S. Warren — AP

A seven-year-old startup out of Atlanta plans to launch an app that will offer on-demand trash pick up, similar to how the Uber app can provide a ride service. The Uber comparison isn’t just a metaphor — the company has hired the founding CTO of Uber, Oscar Salazar, as its chief technology advisor and to help launch the app.

The company is called Rubicon Global and it manages a network of independent waste haulers, who bid on picking up trash from business customers like 7-Eleven and Wegmans. The company claims to offer businesses lower trash bills and using its software can more efficiently find places to recycle, resell and haul off the garbage.

Co-founder and CEO Nate Morris, who landed on Fortune’s list of ’40 under 40′ in 2014, is a major Republican power broker and hails from Lexington, Kentucky. Morris told Fortune in 2014 that the company could aim to go public in 2016.

With this new mobile app, Rubicon Global is looking to move beyond its business customer base. The company says ordering a garbage pick up won’t be as quick as ordering an Uber car, which usually takes just several minutes to arrive. The Rubicon Global app will probably take closer to a few hours, or even the next day, when it first launches.

Down the road, the company hopes the on-demand trash pick up process will take closer to 30 minutes. The app is currently in beta testing.

Rubicon Global is an example of a startup that’s using mobile tech, data, algorithms and a distributed work force to try to disrupt an industry that hasn’t traditionally used all that much technology: the garbage business. The trash industry is dominated by really big players like Waste Management.

Rubicon’s software finds the best ways to keep more trash out of landfills, and the company’s system also uses sensors and manual sorting to figure out what parts of the company’s waste stream can be recycled and resold. In addition the company is testing dumpster-mounded cameras to monitor the trash process remotely.

These days on-demand startups are offering almost any service you can think up from on-demand groceries, to instant access weed, to ultra easy shipping delivery. The on-demand economy has even garnered spoofs about the entitled elite of San Francisco using their disposable income to create a ‘servant economy.’

Rubicon Global’s new app — which should be available in “a few months” says Wired — is not to be mistaken with Trash Day, a website that says it will take your trash out to the curb for you for a fee. It’s still not clear if Trash Day is an actual operating business, and not another silver spoon-style spoof.