Instacart is asking its customers to do something new 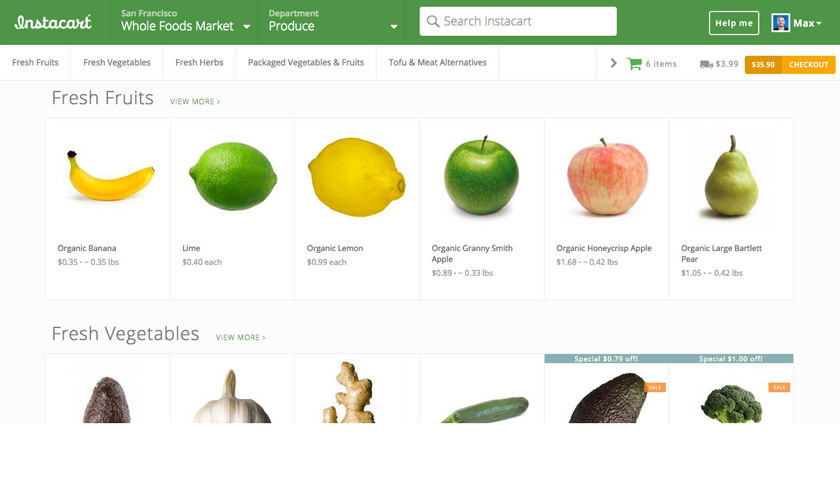 One of the darlings of the on-demand economy, Instacart lets customers order groceries online from stores like Whole Foods, Safeway, PetCo, and Costco. Instacart does the shopping and then delivers the items to the client’s door within a matter of hours.

Now Instacart is giving at least one retailer — Whole Foods — the ability to collect data from Instacart’s customers. People who order from the grocery store chain get a message asking whether they want to share their personal data including their names, email addresses, home addresses, current and historical order details, and phone numbers.

It’s unclear what Whole Foods (WFM) plans to do with the information. But brick and mortar retailers are pushing to learn as much as they can about shoppers — especially ones they have no direct relationship to — so they can better personalize any coupons, ads, and emails.

Instacart confirmed the new data-sharing feature, which debuted earlier this month, but declined to disclose any additional information about it including whether retailers pay for the data. It’s also unclear whether Instacart shared data with retailers prior to introducing the new feature, but without telling customers.

In the company’s online FAQs, Instacart pointed out that retailers decide individually how much data they want and that any that they do obtain will be subject to their privacy policy. Some retail partners are unable to participate in the opt-in feature, according to Instacart’s online policy.

If retailers pay Instacart for the consumer data, it would mark another way for the delivery service to grow revenue to justify its recent $2 billion valuation. The New York Times reported in April that Instacart’s gross revenue topped $100 million in 2014. At the time, the company declined to reveal whether it is profitable.

Instacart, which is available in 15 U.S. cities, makes money by charging grocery stores a fee to set their own price for groceries they sell through Instacart. Some grocery stores also pay Instacart a commission for each order.