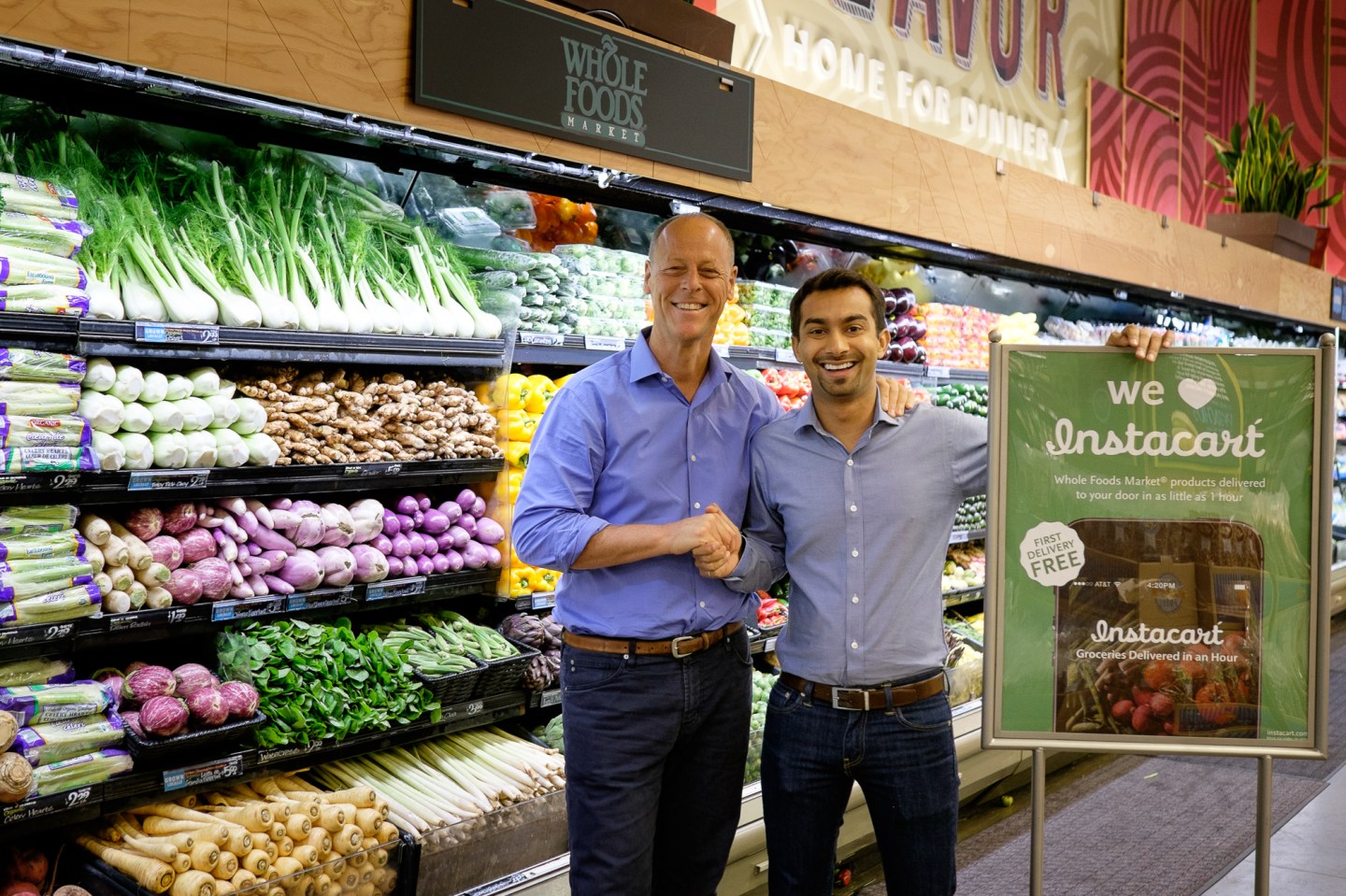 Instacart and Whole Foods have turned up the heat in the grocery delivery wars with a new pilot program announced today.

Instacart is a service that essentially provides customers with a personal shopper for the grocery store. Pick out the items you want online, and an Instacart personal shopper will go to your selected supermarket, do your shopping, and deliver it to your door. Right now the service is available in 15 cities at supermarkets including Whole Foods, Costco, and Kroger.

But starting next month, rather than dispatching an Instacart shopper to a Whole Foods when an order is placed, shoppers will already be embedded in its stores. The service will start in Boston and Austin before rolling out to other participating cities. The intention is to speed up delivery; the set up eliminates the precious minutes the Instacart shoppers previously needed to travel to the store, and also allows them to execute the mission faster because in theory they’ll be more familiar with the supermarkets.

Whole Foods and Instacart will also start offering a pick-up model, in which customers can come to the store to get their groceries after an Instacart worker completes their shop.

Instacart is competing against a slew of players, some—such as Google and Amazon—with almost limitless resources. In the cutthroat world of the grocery delivery business, any edge helps. Speed can act as a big attractor to customers, as can a formalized relationship with a popular outfit like Whole Foods.

It’s also in the interest of Whole Foods to support and boost services like Instacart that source product from its stores (Google Express Shopping and Postmates do something similar). The threat to their more traditional supermarket model comes from the likes of AmazonFresh, FreshDirect, and Peapod, who are attempting to disintermediate supermarkets by delivering products to customers from their own warehouses.

The partnership is a component of Whole Foods’s investment in technology. As co-CEO Walter Robb told Fortune in May, “We think our customers, of all supermarket customers, are the most technologically advanced so we need to take that to a whole other level.”

As Fortune detailed in April, by offering amenities like tap rooms and oyster-shucking stations, Whole Foods has figured out how to make itself a destination—not just a place to pick up groceries. Partnerships like the one with Instacart help the company step up its game with customers who don’t want to step into a supermarket, and couldn’t care less that a store has a rooftop greenhouse or ramen bar.