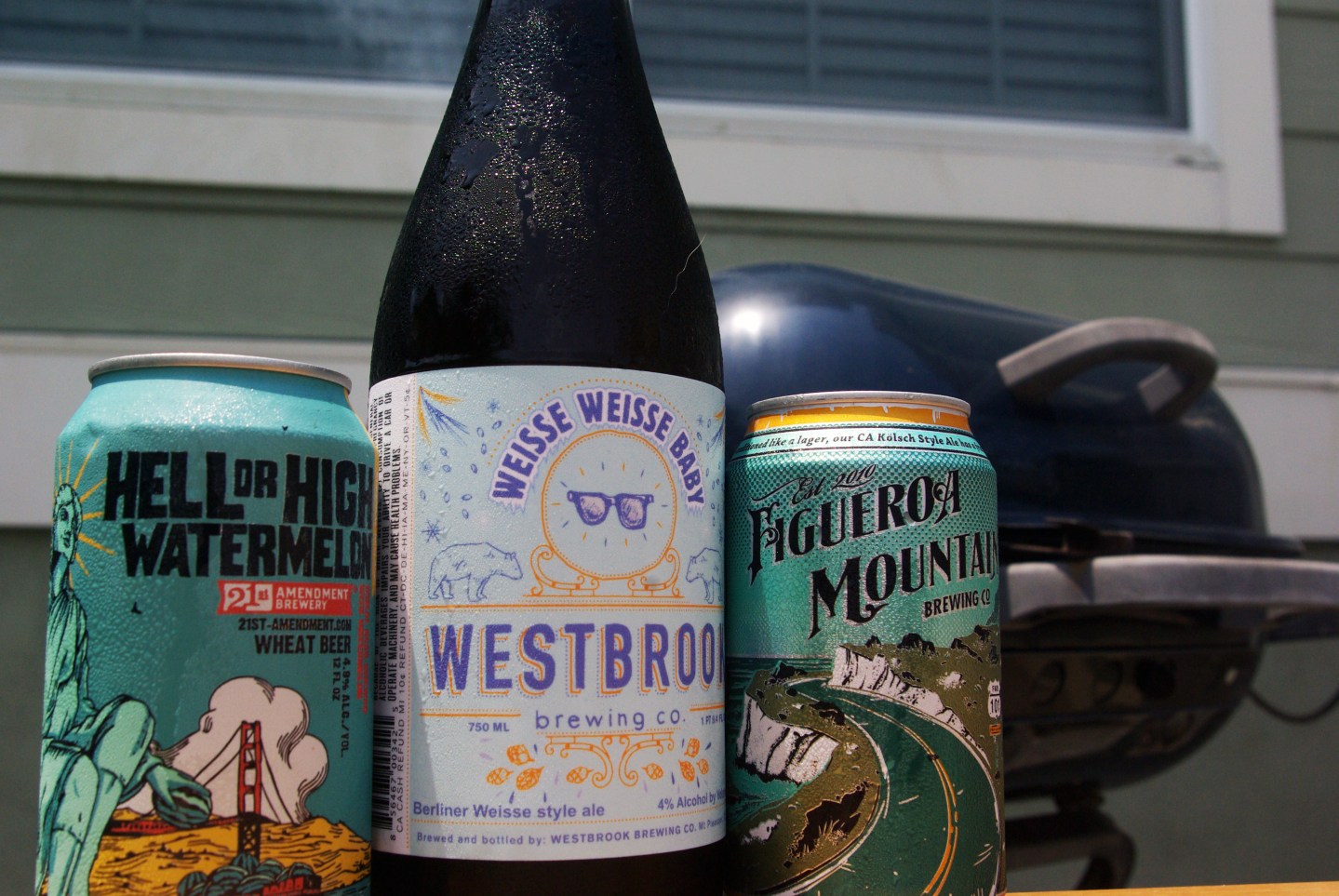 The odds are pretty good you’re going to have a beer this weekend.

The Fourth of July is the biggest beer holiday of the year, according to Nielsen. Last year, consumers spent $825.8 million on ales, lagers and other sudsy beverages as they celebrated America’s independence – just under $300 million more than they do for the Super Bowl and $95 million more than Memorial Day.

So it shouldn’t come as much of a surprise when you see all sorts of specials on Bud Light, Miller Light and Coors Light at your local grocery and package stores – or the heavy ad campaigns by the macro beer companies. And those pushes make plenty of sense. Given that July 4 celebrations are often day-long affairs, there’s a good case to be made for lighter, low alcohol beers.

Fortunately, craft brewers have become more cognizant of that – and there are some terrific options available. In fact, since July 4 is a holiday where even non-beer drinkers tend to pick one up at some point, this can be the perfect time to introduce people to craft options.

One way to do that is at a beer festival. There are, somewhat surprisingly, a couple of notable gatherings that occur this weekend. The Georgia Aquarium in Atlanta will host Red, White & Brew, with more than 50 beers to sample (followed by a fireworks viewing on the roof of the Aquarium’s parking deck). And Portland’s Craft Beer Festival will be in full gear, with 45 brewers taking part in the three-day event.

But let’s be honest. Most of us will spend the day with friends and family, not too many steps away from the grill – and likely with a pool or ocean within sight as well. If that’s your plan and you’re looking for something different to put in the cooler this year, here are a few suggestions – based around what you might be doing at the time.

As you sip by the pool or on the beach

You don’t want to drink something heavy as you soak in the sun’s rays – especially if the day is just getting started. And there’s no reason to nuke your palate with a hop bomb just yet. Instead, try one of these fruit-forward offerings.

Hell or High Watermelon – This wheat beer is regularly debated amongst craft beer fans, but it’s a great entry level beer for people wary of craft. It’s crisp, dry and isn’t overly sweet. The watermelon notes blend wonderfully with the lighter wheat tastes and come on strong at the finish. (ABV: 4.9%)

Shiner Prickly Pear – As the name implies, you’ll get a lot of pear in this light-bodied seasonal. Made with the fruit of the cactus that grows all over Shiner, Texas, it also intermingles citrus notes, which cut the sweetness and give it a nice (if mild) complexity. You’ll pick up the malt at the finish. (ABV: 4.9%)

When the burgers are ready

Food and beer pairings are as complex as food and wine pairings, so the perfect craft beer for your cookout really depends on what you’re cooking. Burgers, for instance, pair better with hoppier drinks, while hot dogs go better with lighter fare. And if you’re making ribs or brisket, the spices in the sauce make it even harder to find the perfect pairing. Low-alcohol Session IPAs are always a wise choice here. (And you might want to peruse our our longer list of suggested Sessions.) Here are some other good go-tos:

FMB 101 – This Kolsch-style ale from Figueroa Mountain Brewing is a very light offering – perhaps too light for some hopheads. It has a grassy, vaguely fruity taste that doesn’t overpower your palate, with abundant carbonation. It’s a beer you can drink without worrying about filling up, though. (ABV: 4.8%)

Lagunitas DayTime – This session IPA from Lagunitas has a lower alcohol volume with all of the thick, chewy taste you’d expect. It’s clear and crisp, but not overly hoppy – with a hint of lemon to it – and it’s a perfect all day beer that pairs well with burgers and chips. (ABV: 4.65%)

Oskar Blues’ Mama’s Little Yella Pils – Pilsners don’t tend to be too popular in today’s craft beer scene, but this offering is particularly well rounded with heavy floral notes and a nice level of hops. It’s a medium-bodied beer that’s light, but not watered down. If you’re not looking for a strong, hop-forward beer, it’s a great choice – and I find it to be one of the better summer beers on the market. (ABV: 5.3%)

Ballas Point Grunion Pale Ale – It’s a bit heavy for a pale ale, but if you like your beers hoppy and piney, this is a beer for you. Grunion seems to lean more toward an Indian Pale Ale than an American – despite what the bottle says. Overall, though, it’s a fantastic, chewy beer that will go will with any beef dish. (ABV: 5.5%)

As the evening wraps up, it’s nice to put a cap on the evening with something refreshing (assuming, of course, that you’ve got a designated driver). Kick back and watch the show with one of these in your hand.

Weisse Weisse Baby – July 4th is an American holiday, but don’t ignore this German style beer if you have the chance. Tart and light, it goes down well with desert – almost like a good champagne. Hints of green apple and lemon blend with heavy carbonation, whose crispness ends the day on a snappy note. (ABV: 4%)

Vieille Provision Saison Dupont – Widely considered the benchmark for other Saisons, this flagship beer from Belgium’s Brasserie Dupont is a good blend of tang and sour. Loaded with carbonation, it’s an earthy beer that starts with lemon and pine, then exhibits its tart qualities before finishing extremely dry – moreso than most American Saisons. (ABV: 6.5%)

Anchor Brewing Liberty Ale – Feeling especially patriotic? This dry-hopped ale debuted right before the bicentennial and is the forerunner of the American IPA. (Anchor says it was first brewed to celebrate the bicentennial of Paul Revere’s historic ride.) As America looks back on its own history, this is a good reminder of where craft beer got its start – and a worthy way to end the day. (ABV: 5.9%)