Low-alcohol session IPA is the hot beer trend for summer 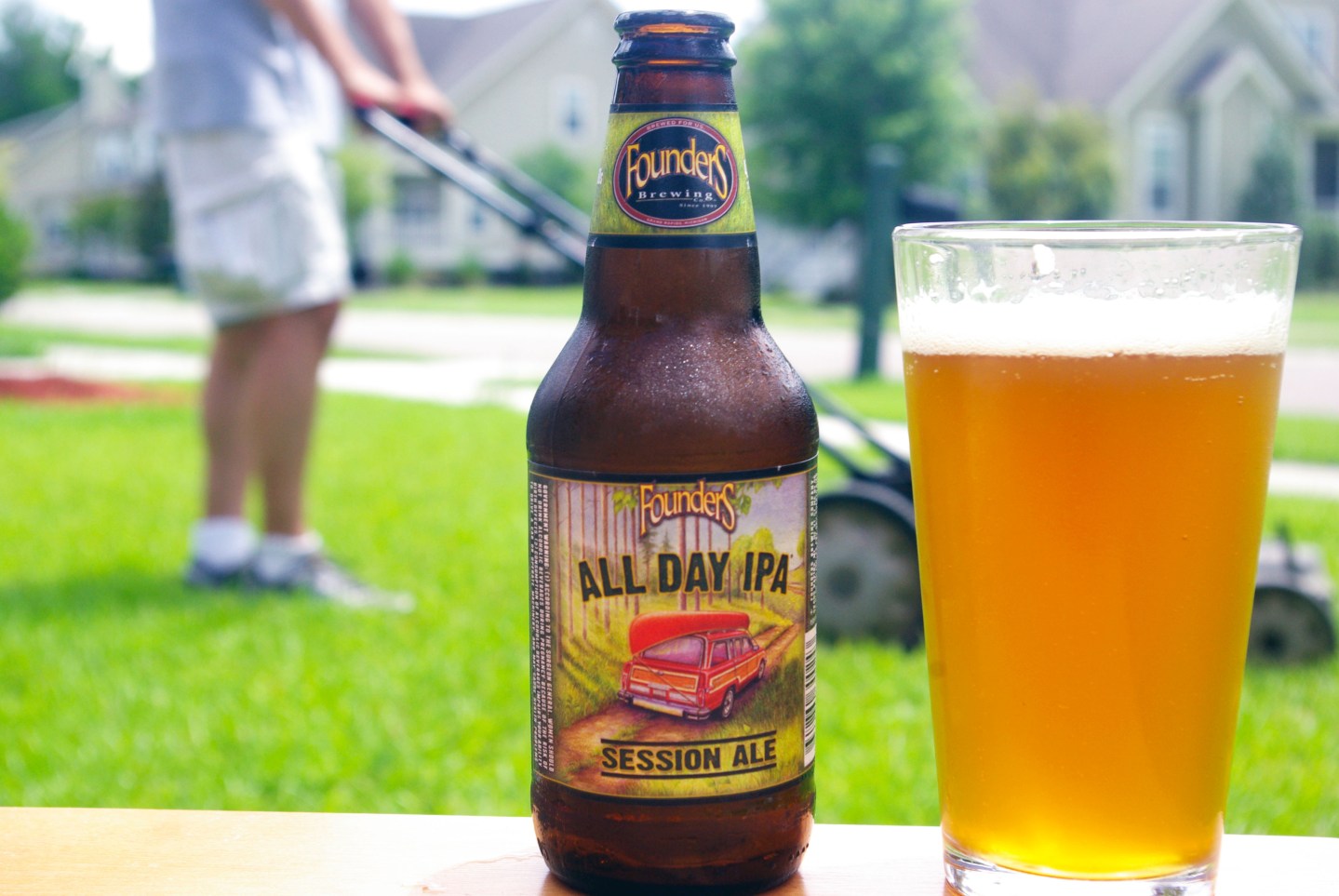 Memorial Day might mark the unofficial start to summer, but the solstice marking the official beginning of the season takes place on June 21 at 12:38 P.M. EDT. That also marks the beginning of prime beer drinking time for a lot of people.

Summer holidays are the most beer friendly – and it’s when macro brews from Budweiser and MillerCoors really make hay. The appeal of those middle of the road lagers isn’t necessarily the taste, it’s the ease at which they go down on a hot summer day – and the fact that you can generally enjoy a few without having to worry about side effects the next morning.

Craft beer lovers tend to favor India Pale Ales, known as IPAs – but the problem with that venerable style is the higher alcohol content and the sugars in it can hasten dehydration when you’re in the sun.

That’s in part why, over the past few years, more and more craft brewers have been working to perfect Session IPAs – full-flavored beers with a hoppy tang, but lower alcohol levels than their forerunners (generally less than 5%).

That lower ABV puts them in the same neighborhood as the macro giants. (Bud Light and Coors Light are 4.2% alcohol by volume, Miller Lite is 4.17% and a regular Budweiser is 5%.)

How popular are Session beers? Consider this: Founders Brewing Co. introduced its All Day Session IPA three years ago – and it was one of the first widely available Sessions on the market. Today, that beer makes up 50% of the company’s volume, says co-founder Mike Stevens.

“What we had done in this industry was change the palates of consumers,” says Stevens. “And the consumer was getting used to bigger and more flavorful beer. … [Then] you had a wave of consumers who said they wanted a ‘premium’ light beer, but weren’t wiling to give up flavor for it.”

Session IPAs could be paving the way for other low-alcohol craft beers as well. Craft breweries are starting to try their hand at lagers – and Kolsch-style beers are on an upswing as well.

Session IPAs are a way for craft beer enthusiasts to have their cake and eat it to. And the selection of offerings is growing fast – but all sessions aren’t equal. Some brewers, in a rush to hop on the bandwagon, have sacrificed flavor profile in the process.

If you’re looking for a good example of the method, though, give one of these a try:

Firestone Walker Easy Jack – Remarkably crisp with pronounced orange flavors accompanying the hops, this is a refreshing Session that you shouldn’t miss if you get the opportunity. It’s a full-flavored IPA that’s not overly heavy – and one that retains the resin-like qualities of heftier IPAs. (ABV: 4.5%)

Founders All Day IPA – Considered by craft beer fans as the leading Session IPA on the market, this brew has the wonderfully complex taste of a full-fledged IPA, with pleasing aromatics and a nice hoppy bitterness. It has a distinct beginning, middle and finish – like any good IPA – something that many competitors lack. (ABV: 4.7%)

Oskar Blues Pinner Throwback IPA – A fairly new kid on the block, this Session from Oskar Blues might taste a bit thin initially, but it grows on you quickly. It’s somewhat malt heavy, though the hops make their presence known towards the end, before it finishes in a very clean fashion. (ABV: 4.9%)

Stone Go-To IPA – Stone likes a good hop bomb – so it shouldn’t come as much of a surprise that it’s offering in the Session category retains more of a hoppy feel than many of its competitors. It’s not as bold as the company’s other offerings, but it’s still flavor forward enough that some people may mistake for a regular IPA. (ABV: 4.5%)

New Belgium Slow Ride – The hops in this Session don’t immediately jump out at you – especially when it’s ice cold. But give it a little time to warm up and they become much more pronounced, making this ultimately a very satisfying beer. I’m still a bit more partial to Ranger, despite its higher alcohol content, but that doesn’t take anything away from this beer. (ABV: 4.5%)