Super Bowl is a ratings touchdown for NBC 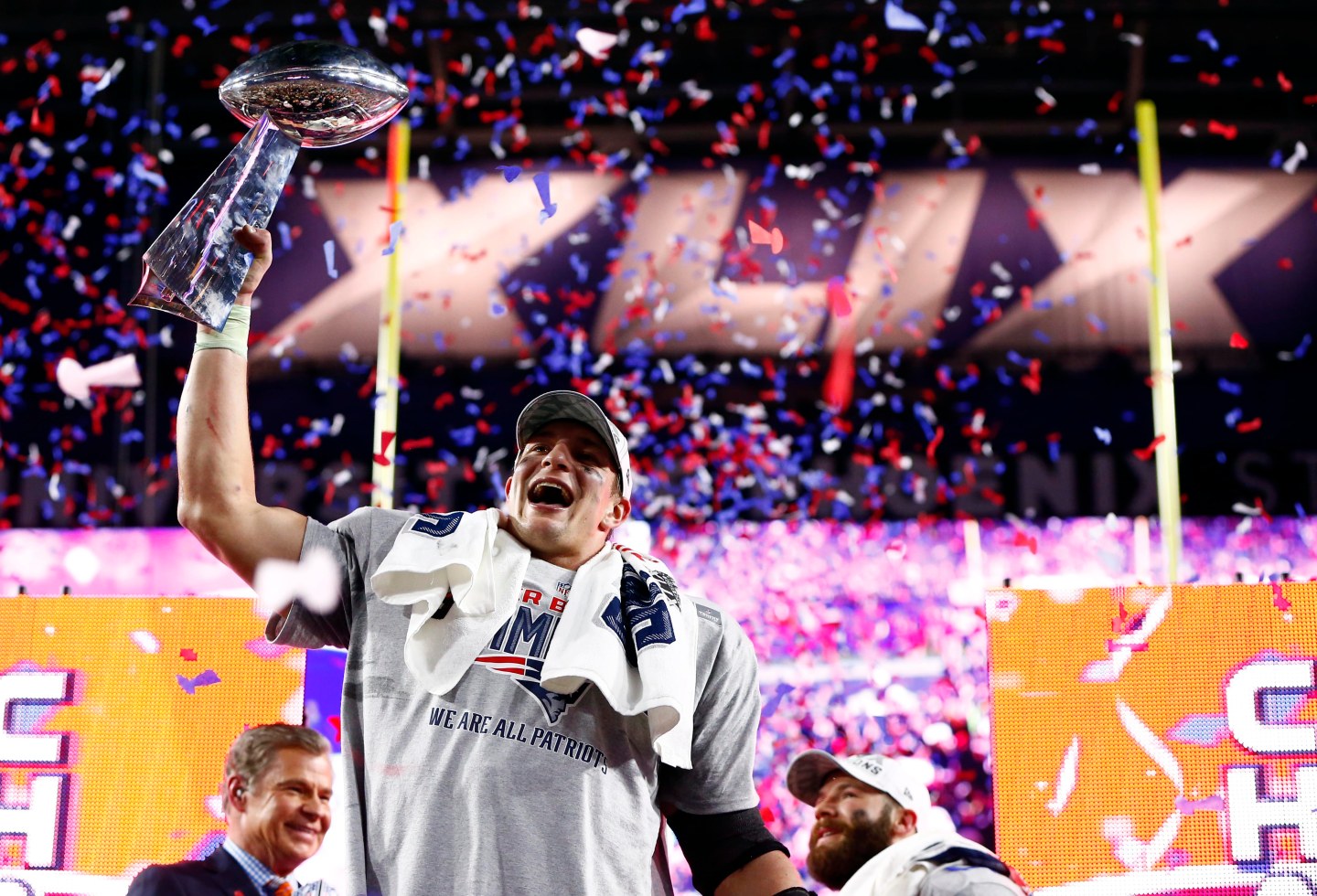 The game drew the most viewers in history with 114.4 million people tuning in, along with a 49.7 overnight rating, the highest in over three decades, NBC said Monday, citing Nielsen data.

That equates to nearly half of viewers in the 56 largest media markets tuning into the game, according to Nielsen.

Sunday’s match-up turned into a nail-biter with the New England Patriots edging out the Seattle Seahawks 28 to 24 in the final seconds.

The game beat out last year’s Super Bowl between Seattle and Denver, which got a 46.4 overnight rating. It was the seventh-highest rating ever for the game with over 111 million viewers watching.

The previous overnight record holder was a 49.1 rating for the 1982 Super Bowl in which the San Francisco 49ers beat the Cincinnati Bengals.

The ratings victory comes as ticket prices for the event reached historic highs as well, with the average list price for a seat in the Arizona stadium going for over $10,000. Meanwhile, consumer perception about the NFL was at staggering lows, according to a recent survey of sports fans.

This year’s half-time show, too, pulled a higher rating than last year’s. Katy Perry’s performance earned a 50.8 overnight rating, up from Bruno Mars’ 48.6 from a year ago.