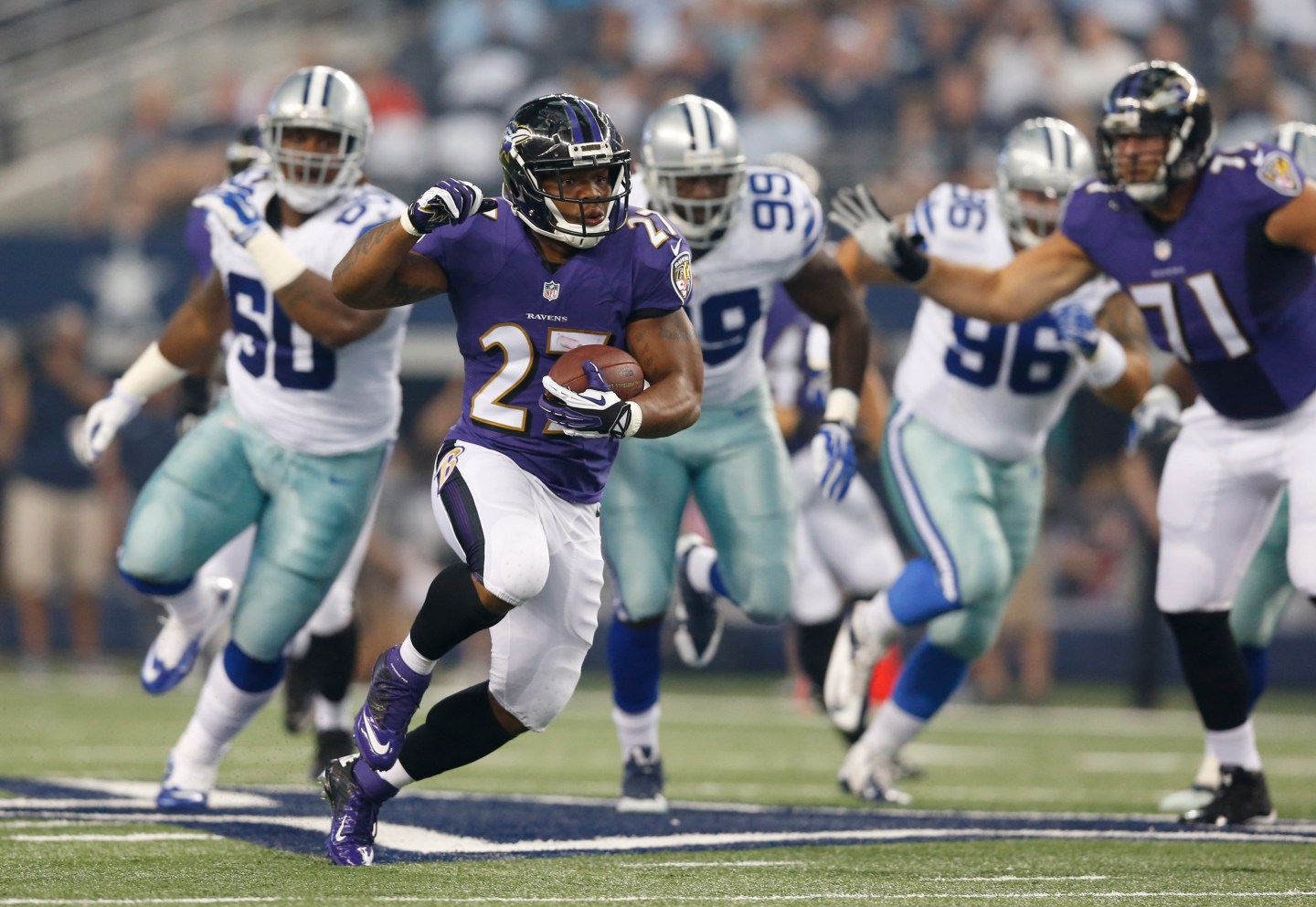 Super Bowl XLIX is less than a week away, and the National Football League can use some help with its image after a series of unflattering scandals, according to a survey released this week.

The public has only a slightly favorable view of the NFL, according to the latest survey by YouGov BrandIndex, a company that tracks perceptions of various products, companies and sports.

Respondents gave professional football a “buzz score” of 12 on a scale of -100 to +100, with zero being neutral. Although not exactly a ringing endorsement, the NFL’s grade is an improvement from the fall, just after the league had fumbled its response to former Baltimore Ravens running back Ray Rice knocking out his then-fiancee in a hotel elevator.

In early October, respondents gave the NFL a dismal buzz score of -40, based on nearly half of those surveyed saying they had a negative view. It was the league’s lowest grade in two years.

“The good news for the NFL is that Buzz has been on a steady increase since mid-December, as the regular season was wrapping up and the playoff match ups were being finalized,” according to the report.

YouGov’s BrandIndex is based on responses from 50,000 adults about whether they had a positive or negative view of the NFL based on what they had heard about it during the preceding two weeks.

The NFL did not immediately respond to a request for comment.

The lukewarm results comes after intense criticism of NFL Commissioner Roger Goodell for his initial handing of the Rice domestic abuse case. He decided to give Rice just a two-game suspension before eventually reversing course and extending it indefinitely after TMZ released a video of the assault. But a judge later overturned that indefinite suspension.

Prior to Rice, the NFL also suffered a tarnished image over Adrian Peterson, the Minnesota Vikings running back who was accused of beating his four-year old-son. Peterson is currently suspended from playing, but has can apply to be reinstated in April.

More recently, football fans have attacked the New England Patriots, one of this year’s Super Bowl teams, for “DeflateGate.” Someone on the team allegedly deflated game balls to make them easier to catch as a way to gain a slight advantage in the AFC Championship game versus the Indianapolis Colts.

The latest YouGov survey was done before the high-profile mystery about football air pressure. Therefore, any public backlash is not factored into the score.

Fading memories and excitement over the playoffs most likely have to do with the NFL’s improved image. But the league has also tried to polish its image by crafting a domestic abuse policy that increases punishment of players. As part of the effort, Goodell appointed a panel of domestic violence experts in September to consult with the NFL.