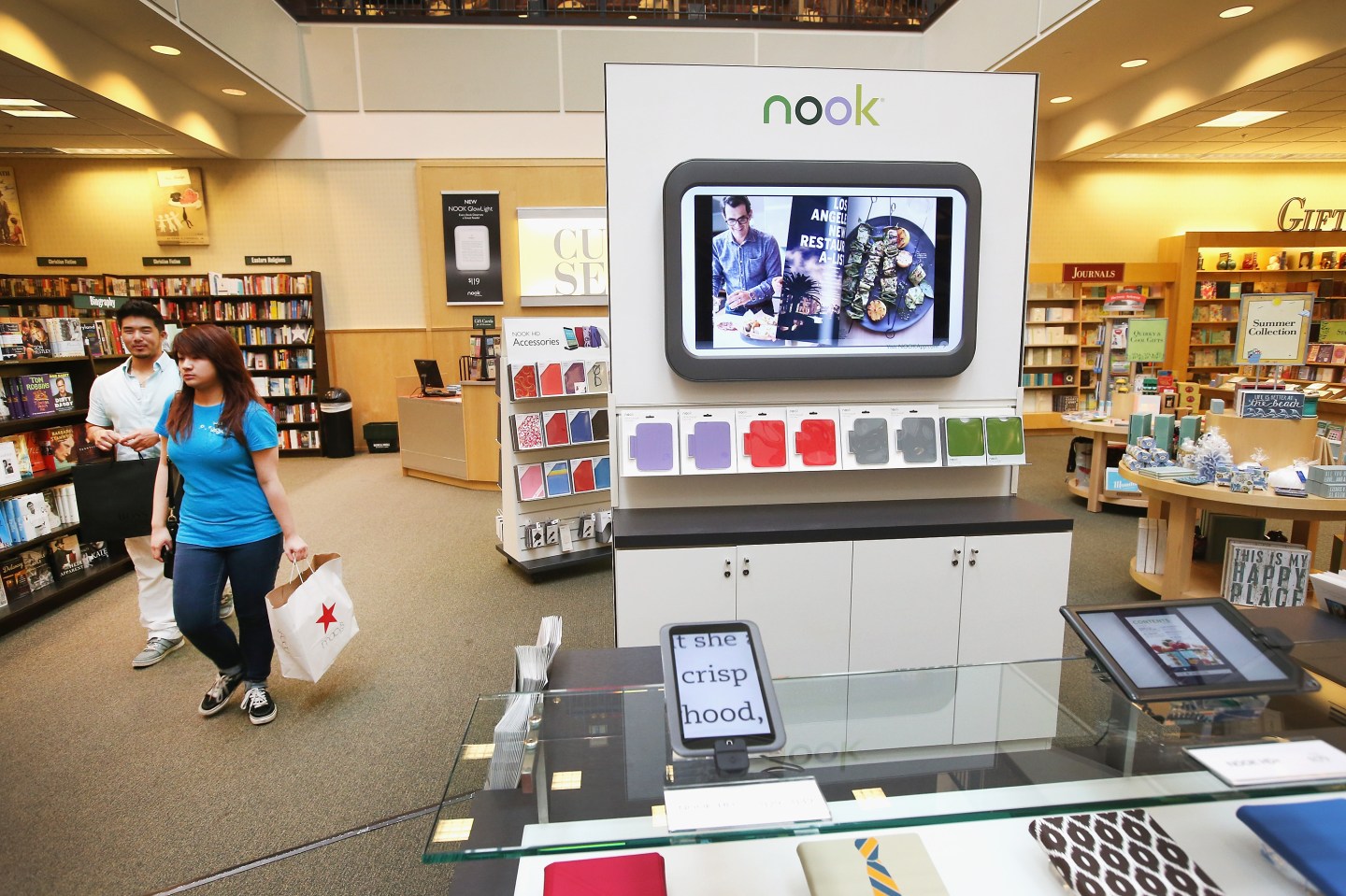 Looks like Barnes & Noble (BKS) isn’t giving up on its Nook e-books and device business.

The largest U.S. bookstore chain said on Thursday that it had hired Sears Canada CEO Ron Boire to be its new chief executive starting September 8, touting his “extensive experience” in launching electronics products in his career, which included earlier senior jobs at Best Buy (BBY) and Sony Electronics.

Boire—who has only been CEO of the faltering Sears Canada department store chain for 10 months (and the retailer’s third boss in just two years), following a nearly three-year stint as chief merchant of the struggling Sears (SHLD) and Kmart chains in the U.S—will have his hands full trying to revive Barnes & Noble’s Nook business.

Despite a new partnership announced last year with Samsung which saw Barnes & Noble launch its first new tablets in two years, Nook device and e-books sales fell 40% in the three months ended May 2. (The decline was 48% for the entire fiscal year, though the division’s loss narrowed.) Barnes & Noble had drastically scaled back the Nook business last year to stanch a cash bleed to the tune of hundreds of millions. Since its 2009 launch, Nook struggled to keep pace with Amazon.com’s (AMZN) Kindle. But the Samsung tie-up has not led to a comeback in the ultra-competitive tablet market, which is dominated by Apple’s iPad.

With Barnes & Noble on the verge of spinning off its College campus bookstore division into a separate company called Barnes & Noble Education, fixing the Nook business will be all the more important. The retailer, which operates 648 bookstores, has managed to stem the decline in sales of physical books thanks to the slowing growth of e-books. But Barnes & Noble only expects comparable sales, excluding Nook devices and e-books, to rise 1% in the new fiscal year.

It is clear Boire likes a good challenge. (Before his Sears gigs, he was CEO of Brookstone, a chain that improved on his watch but nevertheless filed for bankruptcy protection two years after he left.) And even if it has been some time since he’s worked in the electronics business, he held major jobs in the field: At Best Buy, from 2003 to 2006, he was responsible for areas like global technology and vendor management, global sourcing, and private label development. And in his 17 years at Sony, his roles included heading its personal mobile products company. After Best Buy, Boire made his way to Toys R Us North America for three years, yet another company that later struggled.

“I believe Ron’s extensive experience throughout all facets of the retail industry, combined with his leadership ability and proven track record, make him an ideal Chief Executive for Barnes & Noble,” said Leonard Riggio, Barnes & Noble’s chairman and founder in a statement.