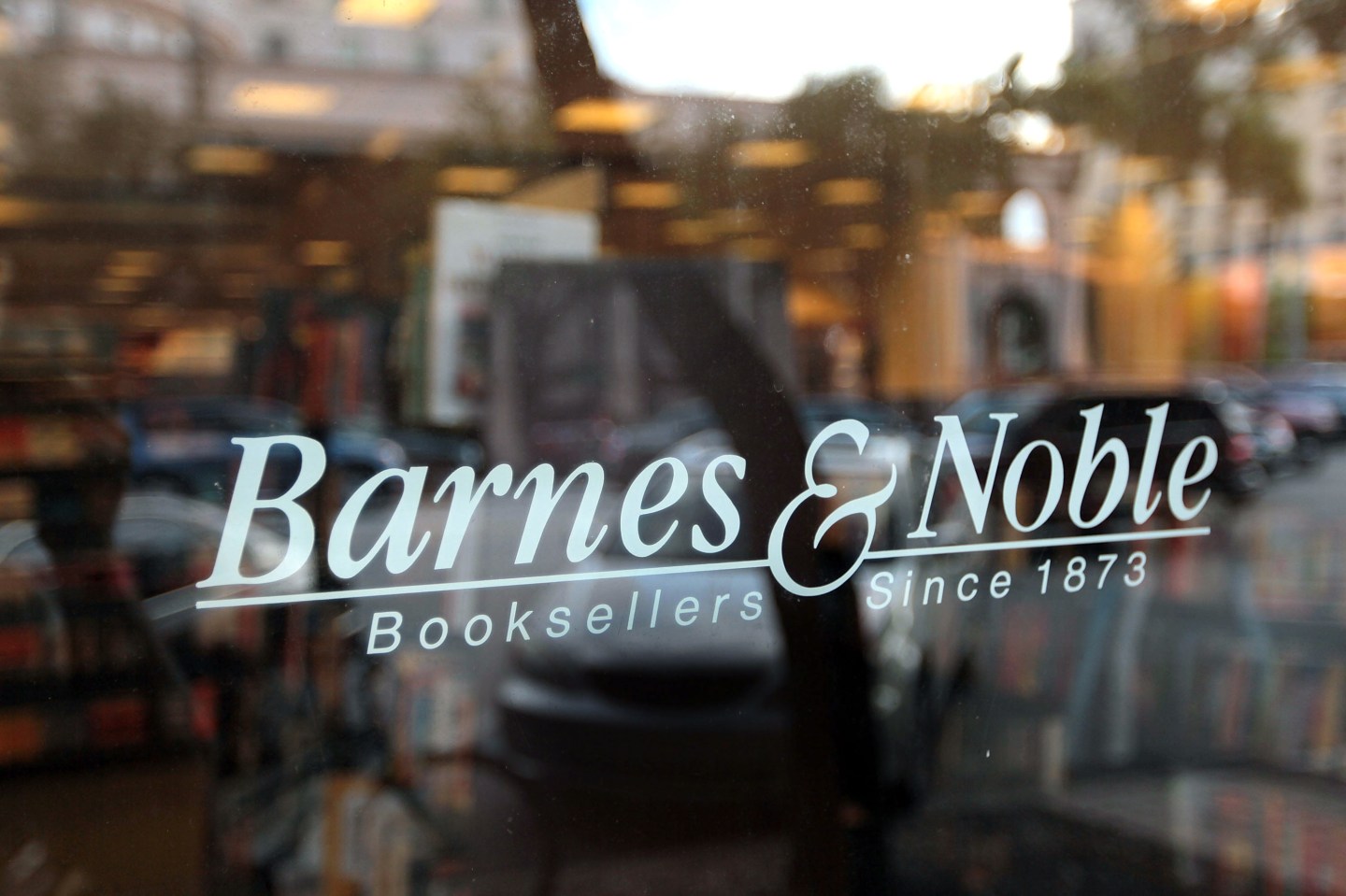 CORAL GABLES, FL - AUGUST 03: A Barnes & Noble Booksellers store is seen on August 3, 2010 in Coral Gables , Florida. Today the largest bookstore chain in the U.S. said it is looking into selling itself which pushed it's stock share up almost 30 percent. (Photo by Joe Raedle/Getty Images)
Joe Raedle—Getty Images

Barnes & Noble (BKS) is taking another stab at the tablet market, this time with the help of a major manufacturing partner, Samsung.

After drastically scaling back its Nook device business last year to stanch a cash bleed as its digital unit faltered, Barnes & Noble said on Thursday it plans to launch the Samsung Galaxy Tab 4 Nook in August, its first new tablet in almost two years.

The bookseller lost hundreds of millions of dollars over the years developing various iterations of its Nook devices, trying to compete with deep-pocketed competitors Amazon (AMZN) and Apple (AAPL). Last summer, it said it would only make Nook tablets again if it found a partner that would bear the development costs and risks.

The Samsung partnership allows Barnes & Noble to get back into the business of selling e-books and digital content without being saddled with enormous R&D costs and the risk of unsold inventory: B&N’s gross margin was decimated when Nook devices flopped during the 2012 and 2013 holiday seasons.

“We’re pivoting away from being a hardware-centric business,” Barnes & Noble CEO Michael Huseby told Fortune. “Our objective is to sell content.” Huseby, who took the helm in January, had previously headed up Barnes & Noble’s digital business.

The Nook, first launched as an e-reader in 2009 to try to contain Amazon’s Kindle, held its own in the market for a while, allowing Barnes & Noble to garner as much as 27% of the U.S. e-books market in early 2013 by its own estimates.

But by November, that number had fallen to 20% and given how long it’s been since a new Nook tablet hit the market, that market share may have fallen further. In the holiday quarter, Nook revenues fell 50.4%, largely because Barnes & Noble opted not to introduce a new Nook for the holiday season. Microsoft (MSFT) has a 17.6% stake in Nook Media, which comprised of the Nook digital business and Barnes & Noble College.

Under terms of its deal with Samsung, Barnes & Noble will be allowed “from time to time” to select tablets under development at Samsung and co-brand them as Nook devices, selling them for $400 or less in the 7-inch or 10-inch formats. The retailer has also committed to buying at least 1 million co-branded tablets in the first year after their first device is launched, a cautious approach considering Barnes & Noble has sold about 10 million Nook devices since its introduction.

In addition to saving on R&D, the partnership with Samsung will save Barnes & Noble a lot of rent money: Barnes & Noble also said it was moving its Nook offices in Silicon Valley from Palo Alto, to new, smaller campuses in Santa Clara and Mountain View, California and occupy about one-third of the space.

Maxim Group analyst John Tinker said the partnership keeps Barnes & Noble competitive in the e-books market but significantly lowers the risk to its cash and profit. And given Samsung’s prominence as a device maker, consumers will be likelier to re-engage with Nook.

“Samsung is a name that brings tremendous credibility to the Nook,” Tinker said.