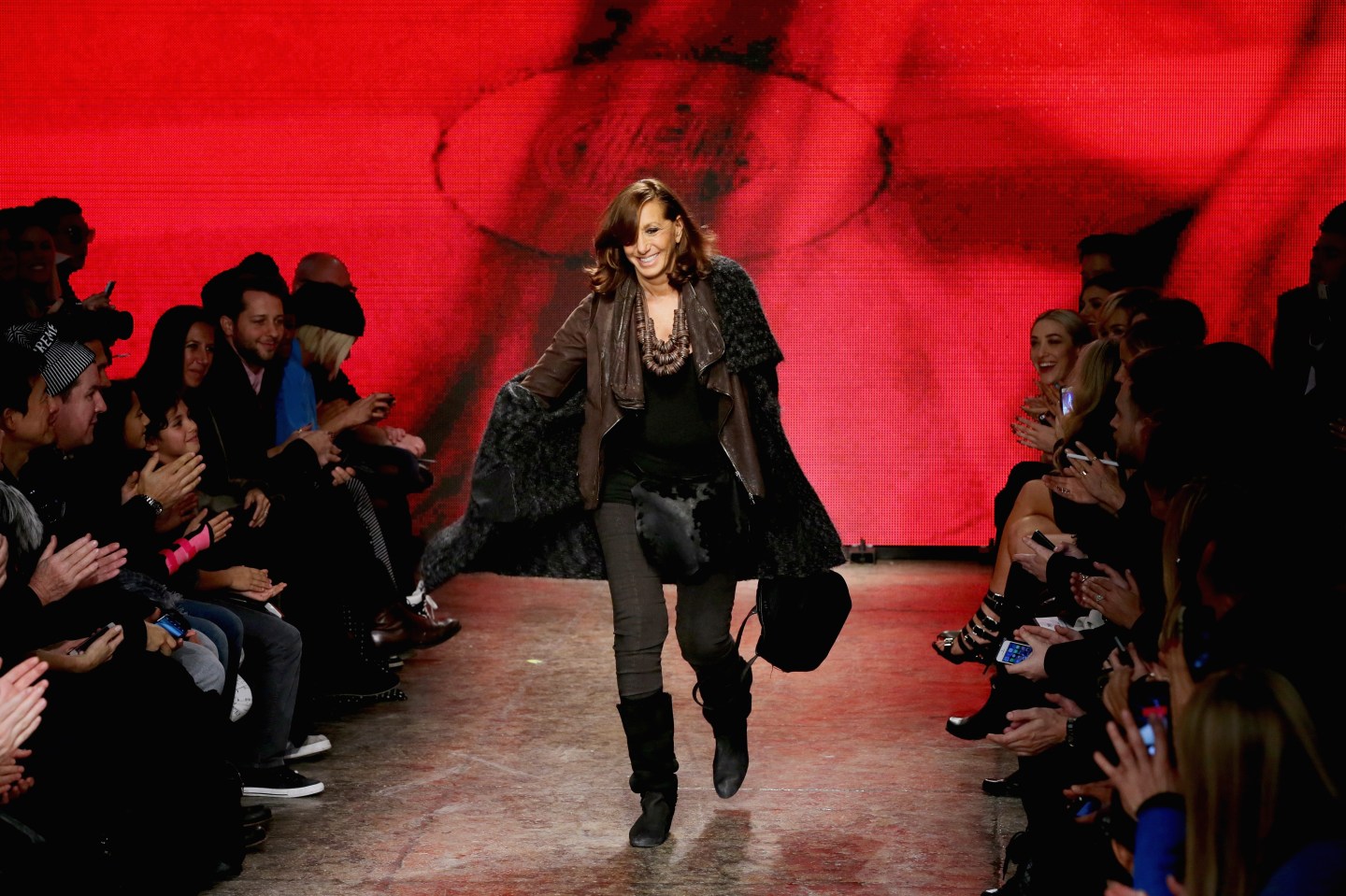 Our modern ideas of what working women wear can all be traced back to Karan, who announced Tuesday that she’s stepping down as chief designer of Donna Karan International.

The designer began establishing her reputation as the fashion world’s staunchest champion of career women back in 1985, when she debuted her first DKI collection. The line revolved around what Karan called “seven easy pieces:” a body suit as foundation, with a range of interchangeable garments—a wrap-skirt, tailored jacket, cashmere sweater, etc.—that could be layered on top.

In a piece she wrote for Bloomberg last year, Karan described her inspiration for the seminal collection. Before launching DKI with her late husband Stephan Weiss in 1984, she’d been head designer at Anne Klein. At that time, she wrote, “women were wearing jackets and bow ties and shirts—more or less dressing like men….Nobody was doing the kind of clothes women needed from the minute they got up in the morning to the minute they went to bed at night. I don’t think anyone really understood how crazy our lives were. Those suits were holding us back.”

The “seven easy pieces” were designed to allow women to be comfortable and move freely and to take them wherever they needed to go—be it work, school pick-up, a dinner party or all three. They also allowed women to come to the office in clothes that were designed to flatter the female body, bringing what Karan has called “the sensuality of women” into workplace.

When asked to describe the woman she designs for, Karan told Harper’s Bazaar UK: “She is a working-woman, constantly on the move. She needs to dress to go from day to night, she doesn’t have time to change her clothes and she’s constantly travelling [sic]. It’s really a mirror image of my friends and I – we all dress the same way.”

Of course, it’s not just Karan and her circle who fit this description. Her clothes have been worn by range of powerful women, including First Lady Michelle Obama, Hillary Clinton—who wore one of Karan’s designs to her first state dinner—Oprah Winfrey and Karan’s close friend Barbra Streisand.

Now that she’s leaving DKI, Karan says she plans to devote more time to her Urban Zen company, which offers artisanal goods and a line of casual ready-to-wear clothes. Urban Zen is clearly influenced by Karan’s longstanding passion for yoga. So, while we’re celebrating Karan for freeing us from bow ties and boxy, masculine suits, perhaps it is also fair to assign her some of the blame for a less desirable trend—the rise of office-friendly yoga pants.

As Karan herself put it Bloomberg last year: “Every woman wants to wear yoga pants now. Woo! Who would have thought?”