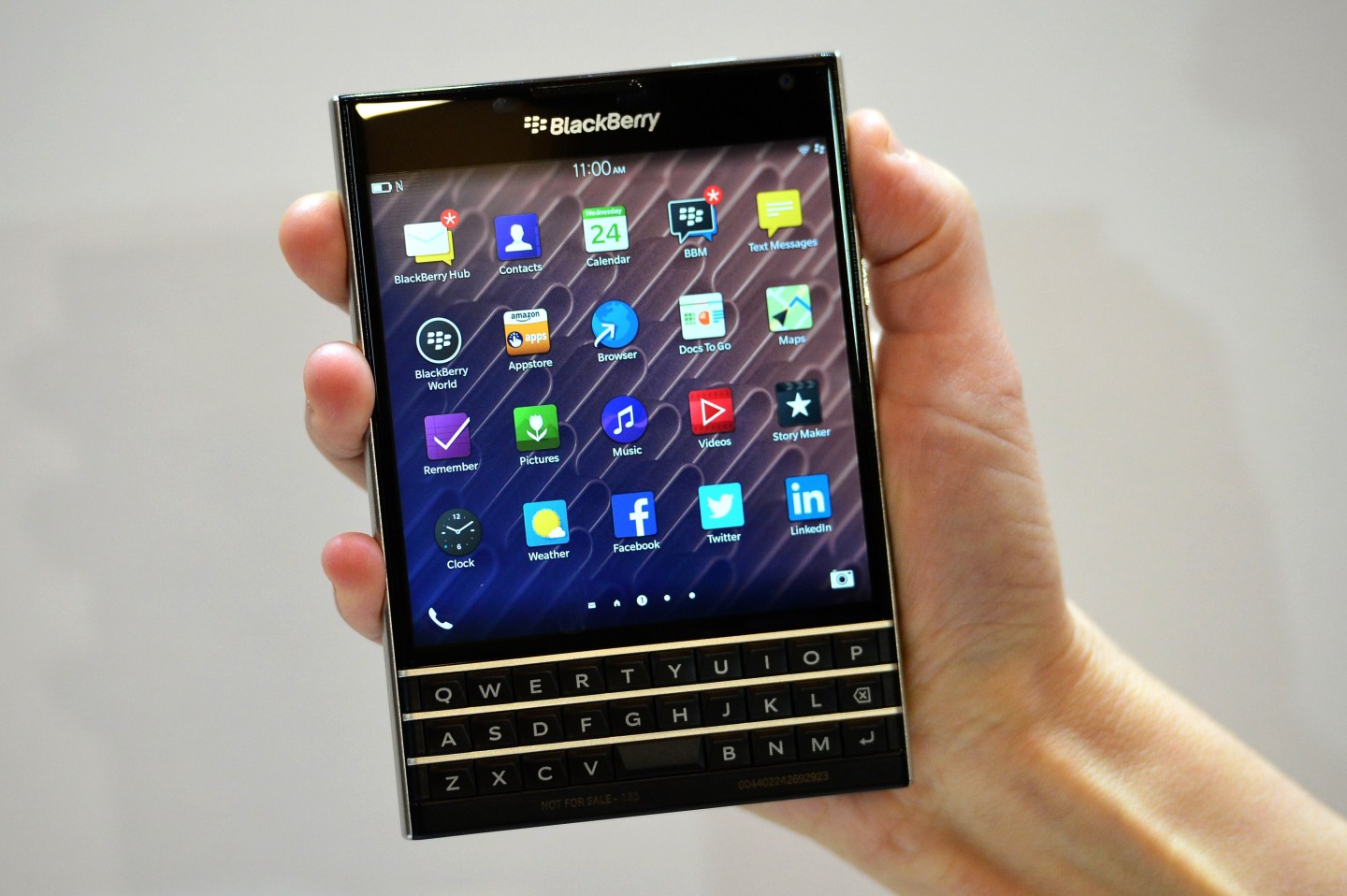 A woman holds the Blackberry Passport smartphone during at a simultaneous launch event in London on September 24, 2014.
Photograph by Carl Court — AFP/Getty Images

At the turn of the millennium, the Ontario-based Research in Motion — now BlackBerry — had laid claim to the business scene, its mobile phones revolutionizing workplace interaction for millions over the course of just a few years.

But the days of the “CrackBerry”-addict ended long ago. In the company’s latest earnings call, it became painfully apparent that the onetime king of mobile hardware has surrendered its throne in a quest to become, effectively, a software company. Whether or not you tally that transformation as a “win,” as BlackBerry (BBRY) CEO John Chen did repeatedly during the call, is up to you.

Once upon a time — 2009, to be exact — Fortune ranked BlackBerry the fastest growing company in the world. But the above chart demonstrates how the company has sunk from the euphoric highs of years past. Just four years ago, the company sold 13.2 million of its devices in the first quarter. This year, that figure plummeted to 1.1 million. (Note: In BlackBerry’s financial calendar, “Q1 2016” corresponds to the first three months of the standard 2015 calendar year. Readers should accordingly downshift all other quarters, too.)

Despite the funereal trend line and pivot towards software, Chen remains “bullish” on its handset business, believing new models can regain market share from rivals like Apple (AAPL) and Samsung (SSNLF).

“We think we can make money on the phones,” Chen said on an earnings call Tuesday, CNBC reports. “We’ve done a lot of things not only about the design but everything we talked about with manufacturing arrangements to components to everything included.”