HBO series is next step in Dwayne Johnson’s meteoric career 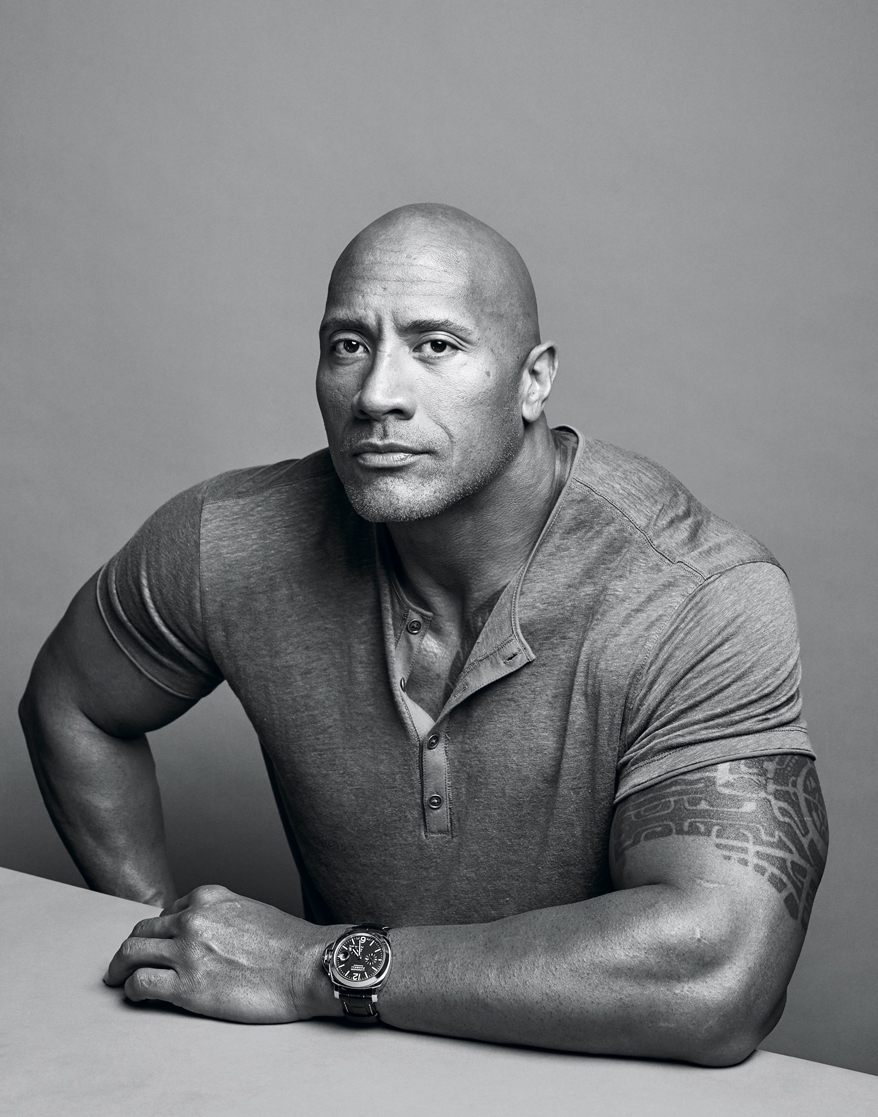 In 2013, Dwayne Johnson—you may know him better as “The Rock”—was the highest-grossing actor on the planet. That is, he didn’t get paid the most, but his movies made more at the box office, total, than any other actor’s movies that year. He is, by any account, a giant—in physical size and in fame—movie star.

But is he a television star?

This summer, America will decide. Johnson has his first major starring role in a fancy network scripted series: he’s the lead in HBO’s Ballers, a new half-hour comedy premiering Sunday night. The show has been described as “Entourage in the sports world.” It focuses on Spencer Strassmore, a former football star now trying to make it as a sports agent. Johnson plays the beefy, suited-up Strassmore.

The theme of an athlete turned businessman is one playing out in Johnson’s real life just as he portrays this character: in 2012, he and his ex-wife Dany Garcia, now his business partner, launched 7 Bucks Productions, a company that has already logged a few television and film credits, and has many more in the works.

Johnson’s story is by now well-known to his millions of fans (49 million on Facebook, 17.5 million on Instagram): he grew up poor in areas like Hawaii, Florida and Pennsylvania, played football at the University of Miami, ended up in the Canadian Football League for five minutes, finally entered wrestling (the family business, in a sense) and managed to succeed in Hollywood. He has proven himself time and time again to be “franchise Viagra,” as a Saturday Night Live skit in March nicknamed him. He showed up in the second G.I. Joe film and it made $74 million more than its predecessor; he anchored Journey 2 and it beat the first one, which starred Brendan Fraser, by $100 million; his tough-cop character Hobbs rejuvenated the Fast and the Furious franchise: Fast Five, which introduced his character, earned nearly double what the fourth movie made.

But television is a different ballgame.

Johnson has done TV before, in the form of two reality shows. His first try was The Hero, on TNT, in which he put people through physical and mental challenges. TNT ended it after one season. (Johnson’s people insist TNT did not cancel it, but simply came up with a better concept.) This fall TNT debuted a new Johnson-led reality show, Wake Up Call, on which The Rock shows up at the home of an individual in trouble and acts as a life coach to help them solve their problem. After the premiere, Medialife Magazine advised viewers to “hit the snooze,” and wrote, “So far, what The Rock is cooking doesn’t smell so good.”

Clearly, there is bigger pressure this time around. For starters, it’s HBO. Its programs have the power to mint new stars. More recently, they’ve also managed to attract established stars who, in years past, would have eschewed the idea of television. Matthew McConaughey did True Detective (and Brad Pitt was rumored for the second season). Steve Buscemi did Boardwalk Empire. Laura Dern starred in Enlightenment.

Although Ballers is firmly in his action-comedy groove, it represents new territory for Johnson, he explained to Fortune in an extensive interview last summer. “With Ballers, it’s not about the body, it’s more about the performance,” he said. He also acknowledged the old stigma: “There’s this lingering philosophy that movie stars shouldn’t do TV. But Ari will say, ‘Let me tell you, motherf–ker, we were at HBO talking about this Ballers thing three years ago.'” He means Ari Emanuel, his high-powered agent and the brother of politician Rahm Emanuel. The irony here is obvious: Jeremy Piven’s character in Entourage, Ari Gold, was based on Ari Emanuel; now Ari Emanuel’s client is playing a sports agent on an Entourage-influenced show.

There is pressure on the show, but perhaps more pressure on Johnson to impress with his acting. The show’s supporting cast is scant of stars (though one can expect plenty of celebrity cameos), and the role requires comedic chops as well as some convincing gravitas (even HBO series that are labeled “comedies” tend to have an equal amount of drama). Johnson and Garcia are credited producers on Ballers, along with Mark Wahlberg, who Johnson says came up with the concept.

If you ask WME agent Brad Slater, Ballers is a big step for Johnson, “because you won’t see him with his shirt off in every scene, if at all, like you would in Hercules or GI Joe. He’ll be in expensive suits. But I don’t think you’ll ever see him move away completely from the roles that got him these opportunities.” Slater positions Ballers as Johnson taking a risk: “He could have just stopped at being a really big action movie star. But he decided to take on a role in an HBO show.”

Whether that decision was a wise one will become clear in the next few months, as reviews and ratings come out.

The show may land well with Entourage-lovers still looking to fill the void that the show left when it ended in 2011. Then again, Ballers may want to distance itself from Entourage, if it’s not too late: the Entourage movie, which came out this month, made a disappointing $10.2 million at the box office on its opening weekend and was widely panned.