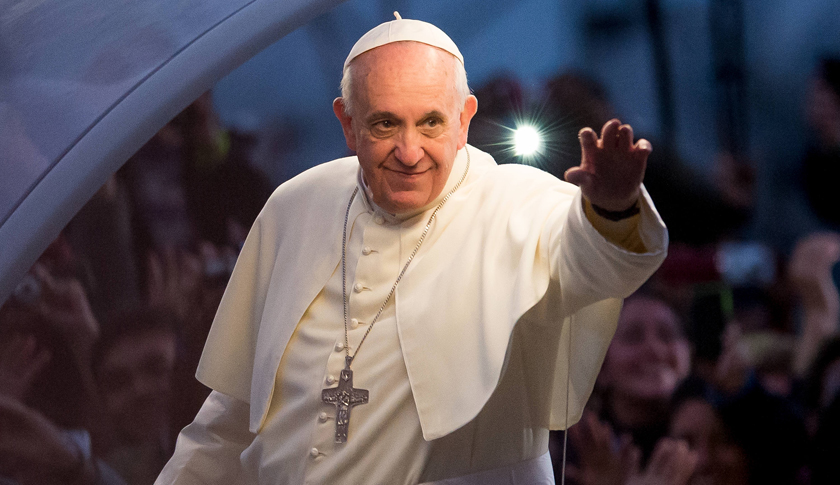 RIO DE JANEIRO, BRAZIL - JULY 26: Pope Francis waves from the Popemobile on his way to attend the Via Crucis on Copacabana Beach during World Youth Day celebrations on July 26, 2013 in Rio de Janeiro, Brazil. More than 1.5 million pilgrims are expected to join the pontiff for his visit to the Catholic Church's World Youth Day celebrations which is running July 23-28. (Photo by Buda Mendes/Getty Images)
Photograph by Buda Mendes — Getty Images

Leadership is about character and competence. And in his tenure as the leader of the Roman Catholic Church, Pope Francis has provided examples of both attributes of leadership. His character is grounded in his Catholic beliefs but also shaped by his Jesuit training and values (e.g., commitment to the poor, service to others). His ability to make decisions (e.g., reforming the Vatican) and enable, even motivate, action (e.g., intermediary in US and Cuba relations) demonstrate his competency, revealing a rich set of leadership skills.

And as he unveiled on Thursday his encyclical on the environment, Laudato Si, Francis’s character and competence were again on display.

People are inspired by leaders who stand for something, who have the character and courage to act even in the face of criticism and cynicism. The character of Francis is revealed in the development of his arguments, noting that “creation is the order of love” and ours is “a fragile world, entrusted by God to human care.” And from the very beginning of the encyclical, he invokes his namesake, Francis of Assisi, as a role model, placing his encyclical in a spiritual context.

In terms of competency, Francis demonstrates two core leadership skills that are central to leading change. First, creating a sense of urgency is the first step in mobilizing any change. When he writes about “a very solid scientific consensus indicates we are presently witnessing a disturbing warming of the climactic system,” he is trying to create a sense of urgency.

The second leadership skill is providing a compelling vision. At the core of any inspiring vision are the 2 W’s—the Why and the Way. In terms of the why, he identifies the problem that “our contemporary lifestyle…can only precipitate catastrophes.” In addition, he reframes the environmental debate in moral terms — responsibility, adverse impact on the poor—thus providing another reason why action is needed. In terms of the way, Pope Francis identifies sensible steps on how to live more sustainably. Further, he adds that there must be a payment of an “ecological debt” by the world’s rich, who have the means and responsibility, to the world’s poor who face the greatest threat from climate change.

While this encyclical will be described by many as revolutionary, such statements do not reflect the full reality. Pope Francis is building on the writings of previous popes (e.g., John Paul II, Benedict (affectionately known as “The Green Pope”)). Indeed, in times of change, savvy leaders build “bridges” for people to walk from their current world to the future by invoking the past as a justification for action. And that is what Pope Francis is doing in his writing of Laudato Si.

Leaders are “signal senders.” In writing Laudato Si, Pope Francis has sent a powerful signal to world in a call for change. This encyclical is just one, albeit major, step in this dialogue and debate on climate change and the environment. Why it will receive so much deserved attention is due, in no small part, to the leadership of Pope Francis.

Robert J. Bies is the founder of the Executive Master’s in Leadership Program at Georgetown University’s McDonough School of Business. Bies is an expert on leadership, organizational justice, delivering bad news and forgiveness in the workplace.