Could a realistic-looking doll ever dethrone Barbie? 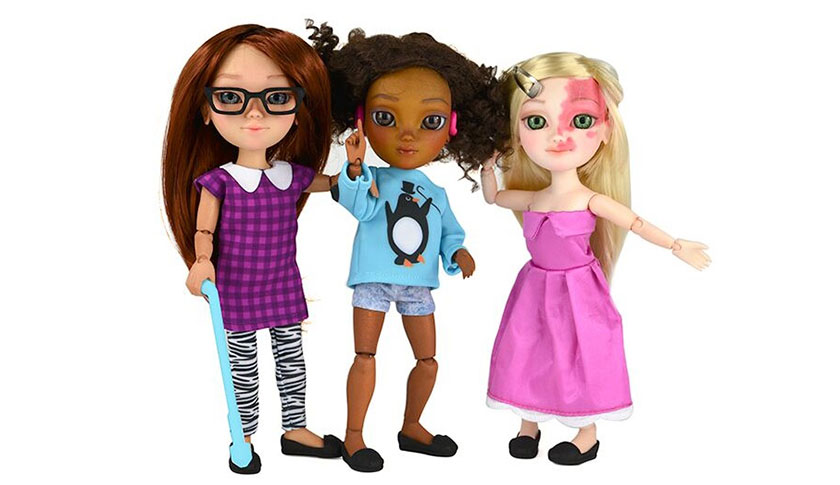 The doll industry is no plaything. The business brings in roughly $2.32 billion in annual sales and has grown by 6% so far this year, according to market research firm The NPD Group. Not surprisingly, Barbie is responsible for a big chunk of this cash. When it comes to fashion dolls, she has long been the reigning queen.

But some shifts in the pink plastic power base have taken place in recent years, making room for additional players. From the launch of Bratz dolls in the early 2000s, to the introduction of Monster High—the stylized, offbeat offspring of legendary monsters like Dracula and Frankenstein—less than a decade later, “the monopolistic control of Barbie started to become splintered,” says Stephanie S. Wissink, managing director and senior research analyst with Piper Jaffray Investment Research. Then came the wild popularity of the Frozen doll line, helping drag Barbie’s 2014 sales down for the third straight year.

Now, in a category that has often favored long-legged, big-busted plastic figures, some small businesses are getting attention for creating dolls that look more like real people. In early 2014, designer Nickolay Lamm launched a crowdfunding campaign to produce fashion dolls with more realistic body proportions. More than 13,600 backers pre-ordered more than 19,000 of his Lammily dolls, which are based on the proportions of an average 19-year-old, he says.

A video about artist Sonia Singh’s Tree Change Dolls went viral earlier this year. These repurposed Bratz dolls have undergone “extreme make-unders,” their heavily made-up faces stripped and then hand-painted to look more like average young girls. Singh is challenged in keeping her Etsy shop stocked. Entrepreneur Alice Taylor’s company, MakieLab, based in London, launched Makies, a line of 3D printed dolls available in different races and ethnicities, which can be outfitted with canes, glasses or made to have characteristics like port wine birthmarks. AvaStars is another custom doll company headquartered in St. Louis, launched by ex-Mattel chairman and CEO Jill Barad and Waterbabies inventor Dan Lauer.

While many of these companies are niche players, there is one that’s making headway with mainstream retailers: The One World Doll Project. The company, which is based in Houston, has topped $1 million in revenue in less than two years and recently received orders for its multicultural PRETTIE (Positive, Respectful, Enthusiastic, Talented, Truthful, Inspiring, Excellent) Girls dolls from Walmart and Amazon. Founder Trent T. Daniel says he knew there was a hole in the market when his own young daughters couldn’t find dolls that looked like them. He teamed up with designer Stacey McBride-Irdby to create a line of dolls with wider hips, smaller busts, and authentic facial features. The company also makes the more waif-like Tween Scene dolls, which are aimed at younger girls.

Being African-American themselves has helped Daniel and McBride-Irdby create dolls that are culturally inclusive—something that can be hard for more mass-market companies, he says. If a major company creates a body type or skin tone that isn’t authentic or is perceived to be a caricature, it might be labeled racist, he says.

“Diversity really is reflected in the face even more so than in body style. When it comes to the shape of the eyes, the cheekbone structure, those are the kind of things that we still made them realistic to girls and women of color,” he says. At the same time, they still had a stylized, cartoon-like quality that made them fun for little girls, says Daniel.

So, with all of these small companies producing more realistic dolls, are we headed for a time when Toys ‘R’ Us shelves are stocked with dolls that look like “real people?”

Probably not, says Gerrick Johnson, a toy analyst in BMO Capital Markets Corp.’s equity research group. He is skeptical about NDP’s data about the doll market’s growth and believes that fashion dolls are actually less popular now than in recent years, with fickle children preferring small collectibles like Shopkins. The aspirational nature of fashion dolls is what typically makes them appealing to girls, so plainer varieties are unlikely to capture their imaginations, he says.

Even Monster High dolls, with their relatable quirks, are still long and leggy, he adds, while small companies like Lammily and others who are making more realistic dolls don’t have the heft to make a difference.

Juli Lennett, NPD Groups’ vice president of U.S. Toys, points to the failure of Spin Master’s multicultural Liv dolls, whose backstories included klutziness and poor vision. The dolls, which were introduced in 2009, struggled along for a few years before being discontinued by 2012, she says. However, she does note that trend seem to be moving away from the cookie-cutter dolls of previous years.

“There seems to be a trend toward individualism and acceptance of being who you are. If that means you have a more mainstream or ‘realistic’ look, that’s okay. If it means you have purple hair or you wear unique clothing, that’s okay, too,” she says. Ultimately, she thinks the “It’s okay if I’m different” sentiment will filter down to younger ages over time and may affect which dolls are popular.

Piper Jaffray’s Wissink is optimistic about the future of “real people” dolls. She believes Millennial parents are being thoughtful about the impact of giving their daughters dolls with unrealistic, unattainable body shapes, afraid of the long-term impact. Plus, the “fringe” of the category is being dominated by these small brands. Together, she says, they may have a real impact on the dolls we see and buy.

“It’s probably not likely that we’re going to see [one of these small players] become a multi-billion-dollar brand like Mattel’s Barbie business,” says Wissink. “But every incremental dollar that’s spent on an alternative brand hurts Mattel.”

For more stories like this, subscribe to Fortune‘s daily newsletter on the world’s most powerful women at www.getbroadsheet.com.