Mattel’s Barbie sales down for a third consecutive year 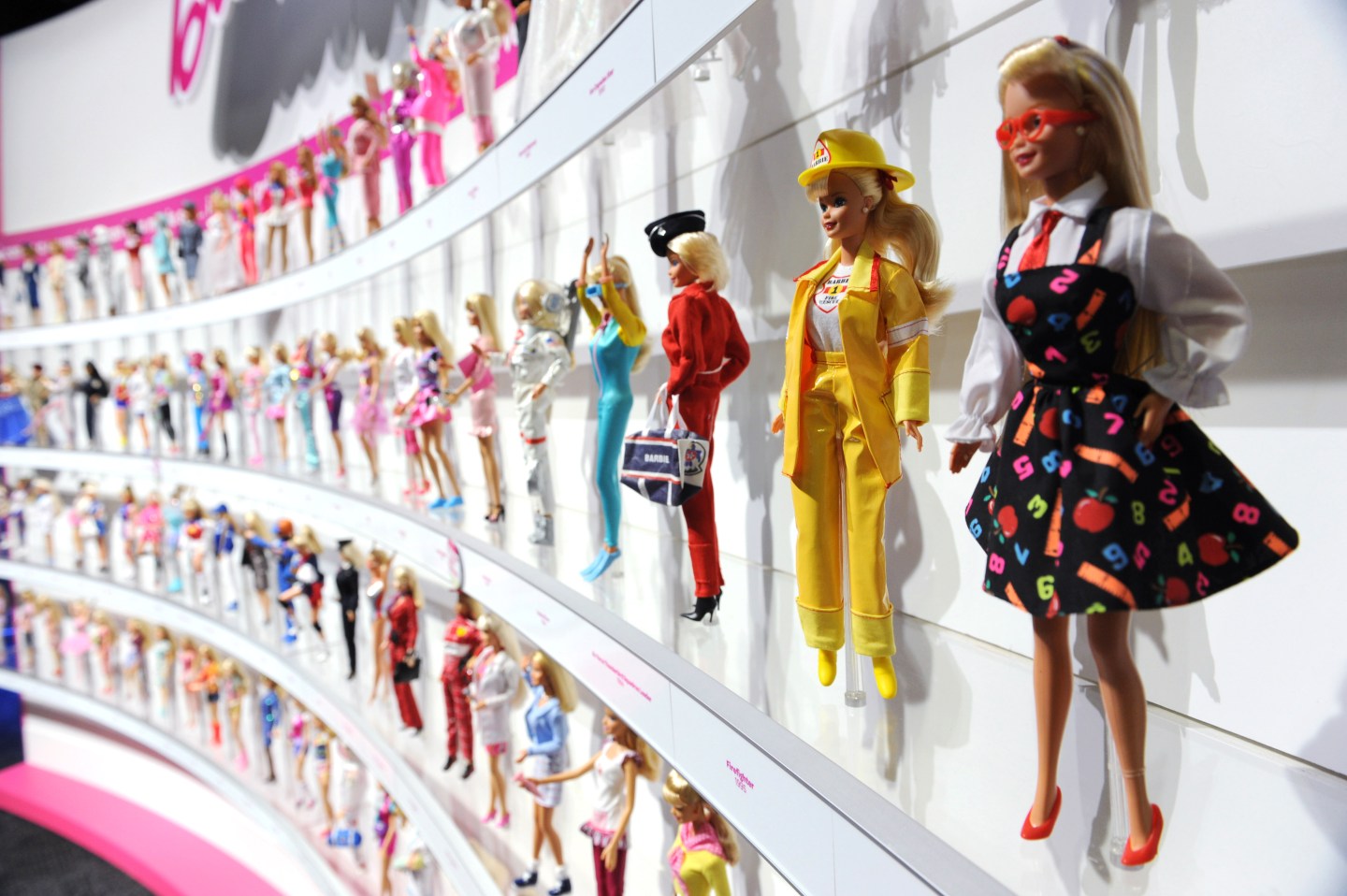 Sales of Mattel’s iconic Barbie fell for a third consecutive year in 2014, the company said Friday. The decline puts pressure on the toy maker’s overall results at a time when the preschool Fisher-Price line is also facing some challenges. Here are some of the key points from the company’s quarterly earnings report, released this morning.

What you need to know: Barbie’s sales slumped 16% in 2014, with sales falling by the double digits for each quarter throughout the year. Barbie has faced pressure from Disney’s (DIS) “Frozen” line, which has become a juggernaut in the toy aisle, but the doll’s recent downturn is also due to some broader trends in the toy aisle that are almost out of Mattel’s (MAT) control. Jim Silver, editor-in-chief of toy-focused website TTPM.com, said Barbie’s core demographic used to be between the ages of 3 to 9 but is now a more narrow 3 to 6.

“Kids grow up much faster than they used to, and they move on faster,” Silver said. Other fashion dolls, including some lines that Mattel has developed, have stolen market share and attention. The sales decline for Barbie, and similar problems at Fisher-Price, led the toy company to oust its CEO earlier this week. Barbie’s sales decline also accelerated in 2014, as the brand’s sales only slipped 6% in 2013 and 3% in 2012.

Silver said one potential solution to Barbie’s decline is to add more diversity to the doll lineup. He said it is also notable that Mattel has brought back Richard Dickson, now co-president, as he previously ran Barbie during her heyday.

The big number: Net income for the fourth quarter tumbled 59% to $149.9 million, or 44 cents a share, with sales falling 6% to $1.99 billion. Excluding some charges Mattel booked, profit in the latest period was 52 cents, still far short of the 92 cents projected by analysts. Wall Street had also projected revenue to total $2.12 billion.

What you might have missed: Barbie’s downfall is getting a lot of attention, but the problems in Mattel’s portfolio are broad. In the key fourth quarter, when sales are supposed to strengthen during the holiday season, Fisher-Price sales slipped 11% while American Girl doll sales were down 4%. Only Hot Wheels grew. Fisher-Price is also facing pressure, as some analysts and toy insiders say price points for the line are too high, and competitors have been able to take advantage by undercutting Mattel and stealing key shelf space.

Learn more about sales in the toy industry from Fortune’s video team: