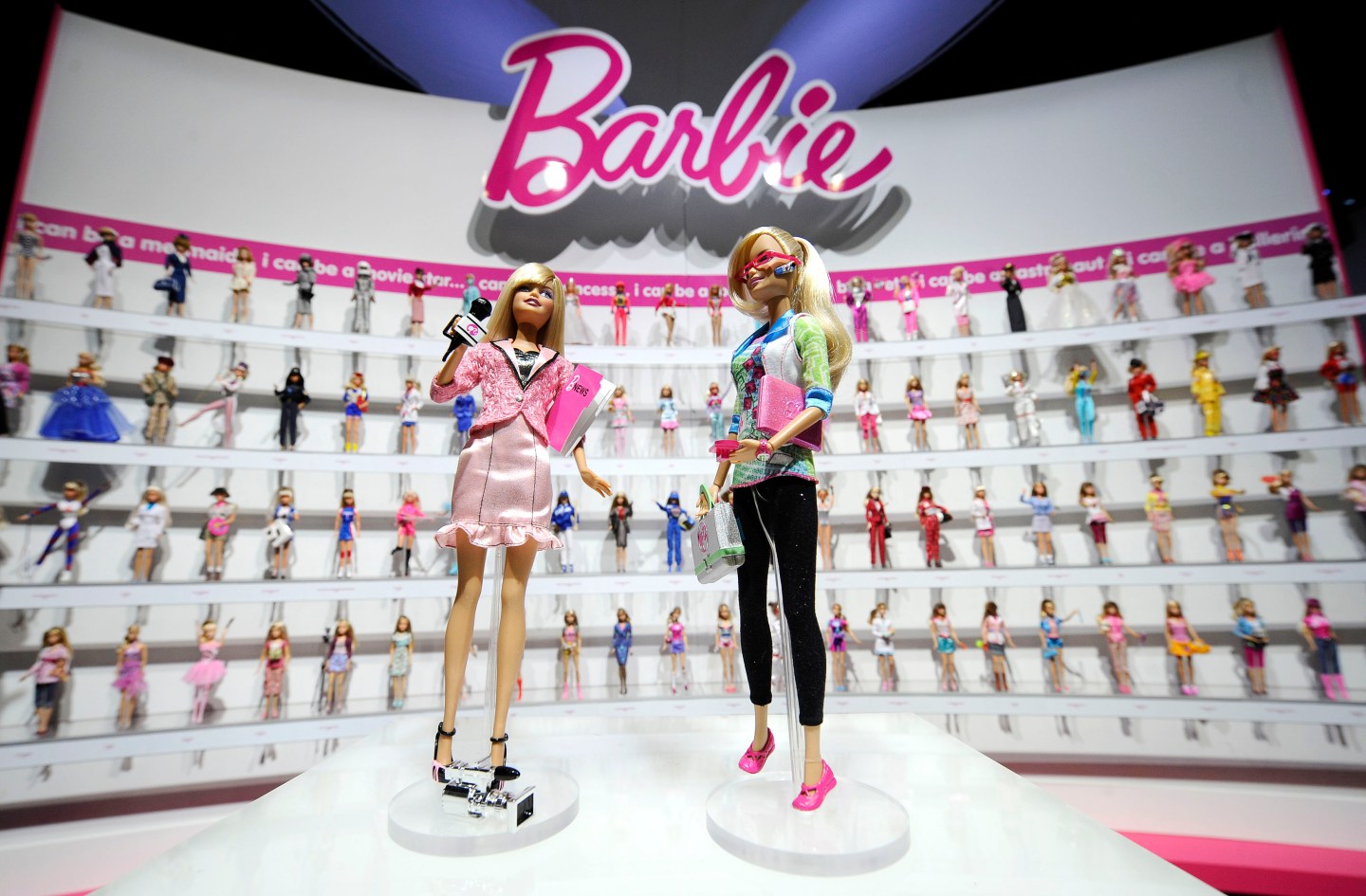 Mattel, long king of the toy aisle, has dethroned its CEO Bryan Stockton just a few months after it was reported that the maker of Barbie dolls and Hot Wheels cars is no longer the world’s leading toy maker.

That honor now belongs to Lego Group, the Danish-based maker of plastic bricks, which last year became the world’s biggest toymaker by sales, knocking Barbie-maker Mattel off its perch thanks to the huge success of “Lego: The Movie.”

Mattel has struggled lately as its iconic Barbie doll has fallen out of favor with young girls, who prefer electronic today and dolls based on Disney’s hit animated movie “Frozen.” In defenestrating its CEO Monday, the toymaker named former PepsiCo executive Christopher Sinclair chairman and interim CEO, and took the opportunity to warn sales fell 6% in the holiday quarter.

Clearly, the poor holiday performance precipitated Stockton’s quick ouster. Mattel’s (MAT) sales and stock performance have been pretty dismal under Stockton’s reign. Sales slipped 7% in 2014, and are below the level Mattel reported three years ago when Stockton took over leadership of the company. Shares tumbled 35% last year, and are currently trading at levels last seen three years ago. Mattel didn’t make much progress in recent years, even as competitors such as Hasbro (HAS) and Lego have continued to churn out higher sales.

For a long time, Mattel’s secret to success was the iconic, well regarded brands in its portfolio. Fisher-Price is known as a quality preschool brand, and Barbie has been around for more than 50 years. Mattel also relied on expansion abroad, and leaned on newer doll lines to continue to sell toys to girls as they aged, or as their interests changed. And, with less than 10% of the roughly $84 billion worldwide toy market, there was a lot of opportunity for Mattel to continue to expand even though the industry’s overall growth has stalled.

But sales haven’t grown, and some have blamed high price points (in particular for Fisher-Price), and a failure to churn out enough new hits to lure children to the company’s brands. For instance, Monster High was a huge hit when it debuted a few years ago and another doll line, Ever After High, is performing well, but Mattel hasn’t consistently released mega hits. And for every step forward Mattel takes — its acquisition of construction toy maker MEGA Brands, for example — it has faced a challenge elsewhere. For example, Mattel is losing the right to make Walt Disney’s (DIS) dolls next year. Hasbro won that contract.

Traditionally, the girls business was Mattel’s to own while Hasbro — which sells Transformers, Nerf and other action figures — was known as the “boy toy company.” For decades, Lego sold a vast bulk of its construction kit sets to boys.

But those lines are now blurred. Hasbro’s girls business has grown strongly and is a far bigger threat, powered by My Little Pony and a Nerf line aimed at girls. Lego has developed girl-focused kits, giving it a better balance of gender appeal. Mattel hasn’t had as much success addressing the boys market.
[fortune-brightcove videoid=3993503082001]

Needham & Co. analyst Sean McGowan, who covers Mattel and other toy companies for the firm, said Mattel’s focus on maintaining high gross margins became problematic. That could explain why Fisher-Price has suffered some sales drops of late, hurt by a perception that products were priced too high. That gave other competitors room to move in and take market share.

V-Tech, traditionally a seller of electronic learning toys, has scooped up market share in the preschool aisle, according to Jim Silver, editor-in-chief of toy-focused website TTPM.com. Silver called out Just Play as another notable rival, as it has had a huge hit in the toy aisle with Doc McStuffins. Barbie, meanwhile, is facing a number of challenges in the toy aisle. The popular Disney princess line is a friend for now, as Mattel has had the key license to manufacturer those fashion dolls. But next year Hasbro will book sales from that business and any future Disney princess movies.

So what’s next for Mattel? McGowan said the toymaker should give technology another look. While toy makers are resistant to such moves, especially after some poorly executed deals in the past led to sharp criticism on Wall Street, McGowan says the toy companies can exploit their brands and potentially generate millions from free app games played on mobile devices.

For now, Mattel will be steered by interim CEO Christopher Sinclair, though there are a few internal candidates that could be in line to replace Stockton on a permanent basis. McGowan named two potential successors — co-presidents Richard Dickson and Tim Kilpin — who were both appointed to expanded roles earlier this month. Dickson oversees design, development and consumer insights and previously ran Barbie during her heyday, while Kilpin handles sales and marketing operations globally.