This startup wants to farm microbes to create household products 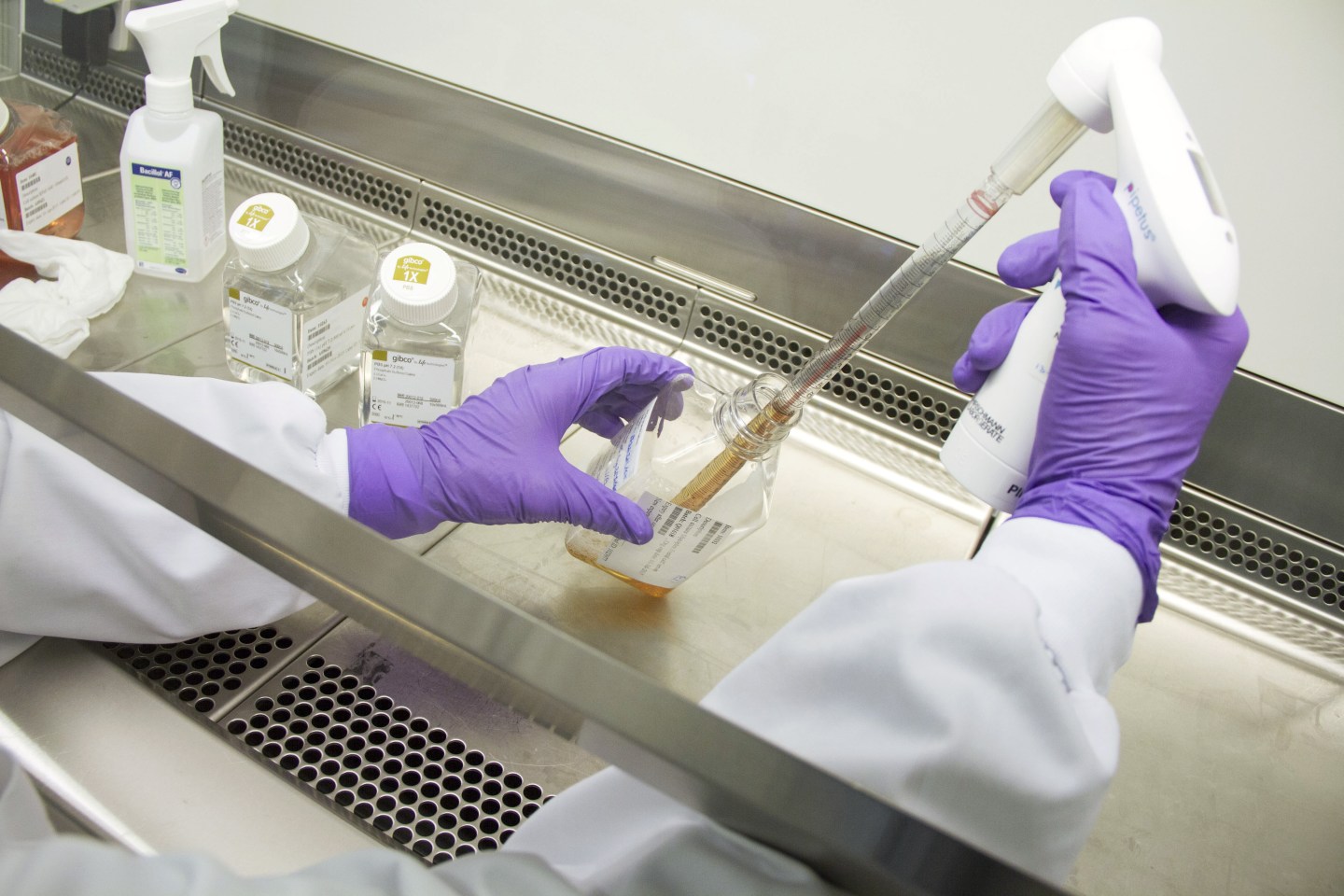 Industrial chemicals that are used in products like dish soap, ink, and paint are a huge $3 trillion market. It also happens to be a market that depends on petroleum and other environmentally unfriendly products as its main ingredients.

Zymergen, a two-year-old startup, is instead trying to produce industrial chemicals from single-cell organisms, or microbes, to help make everything from surgical sutures to super fuel-efficient car parts. The idea is to make the building blocks of many products more sustainable and to create new kinds of chemicals that would otherwise be difficult or impossible to develop.

As CEO Joshua Hoffman explains, microbes like yeast are the planet’s most versatile chemical factories. When they consume carbon (usually, some form of sugar), and go through a process called fermentation, their form changes dramatically. Zymergen reprograms the genetic DNA of these microbes in large quantities to use them as microscopic “bio factories” that churn out valuable raw materials. Those ingredients can then be put to use.

What makes Zymergen unique is that much of its experiments are automated. The company has a robot workforce to do things like stir liquid around in a petri dish while human scientists supervise thousands of robot-controlled trials in a given week.

Zymergen then takes the data from these microbe experiments and uses a proprietary algorithm to sort through millions of different genetic combinations to guide the experiments. The company says it is now working with many of the largest chemical, agricultural, pharmaceutical and food companies in the world, including a number of undisclosed Fortune 100 companies to create more efficient, and renewable industrial chemicals.

Part of the reason that many corporations are intrigued is that there are a number of products that could be produced from microbes that cannot be created from petroleum, such as surgical sutures, or glues, that can be used inside the human body. A microbe can also be engineered to produce more of a given chemical, Hoffman adds, giving companies more chemicals to produce their products, while saving money.

It’s worth noting that Zymergen isn’t the only startup looking to recreate industrial chemicals. Boston-based Gingo BioWorks is working on similar technology.

Hoffman believes the company has only scratched the surface of what can be done with biochemical engineering. And with his army of robots, he thinks he can do this at unprecedented scale. “DNA is the programming language of life, ” Hoffman said.