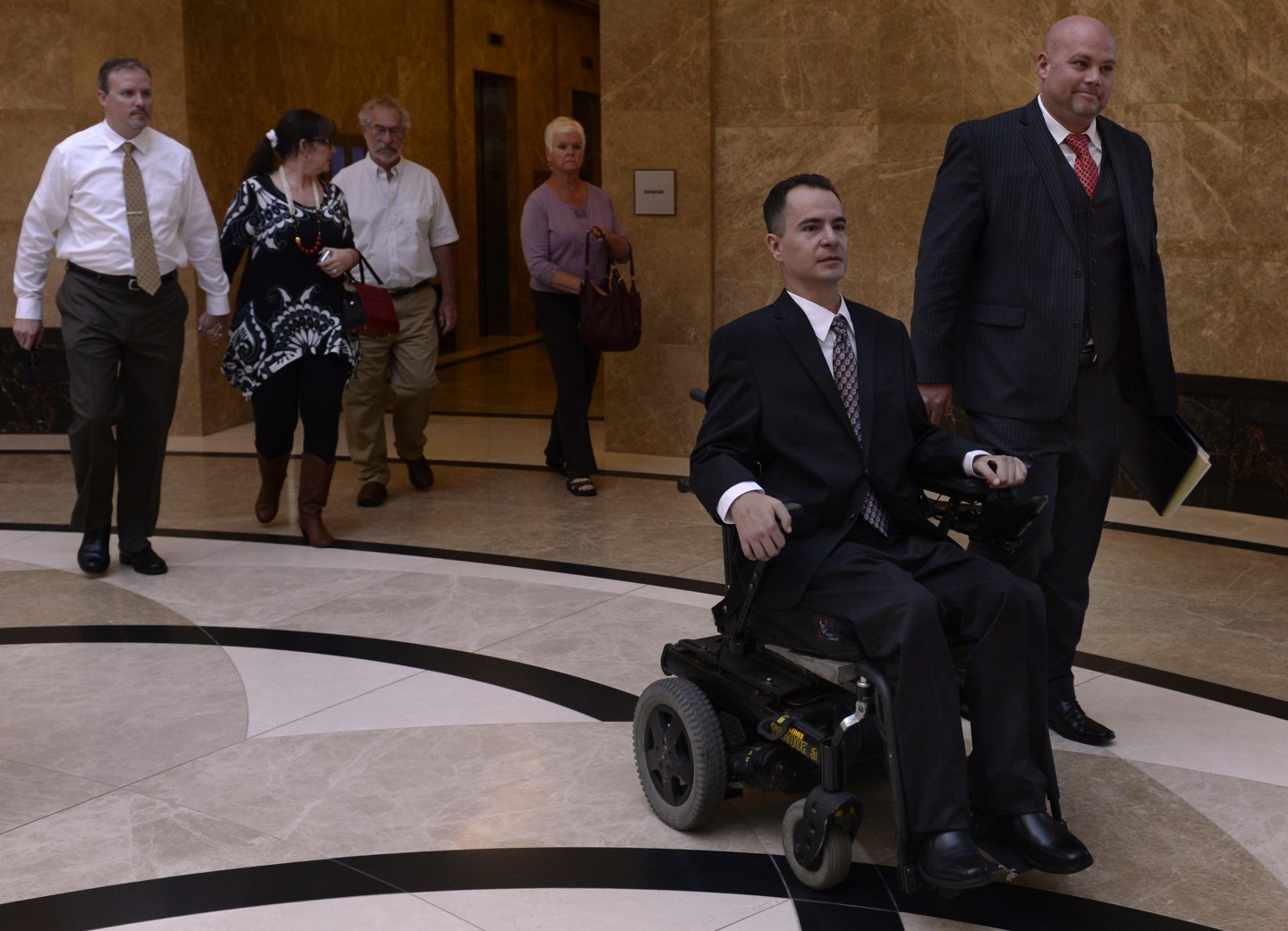 Brandon Coats leaves the courthouse at the end of the hearing with his attorney Michael Evans, right. The Colorado Supreme Court listens to arguments in the case of Brandon Coats, a quadriplegic medical marijuana patient who was fired from his job at Dish Network after testing positive for marijuana.
Photograph by Kathryn Scott — Osler Denver Post via Getty Images

Colorado has some of the most relaxed marijuana laws in the U.S., but the fact that both medical and recreational pot are legal in the state doesn’t necessarily mean residents can light up with impunity.

On Monday, Colorado’s Supreme Court ruled that Dish Network (DISH) was within its rights to terminate an employee in 2010 after the man, Brandon Coats, failed a company drug test for marijuana, according to The Denver Post.

Coats, who is a quadriplegic, can legally use medical marijuana under Colorado state law, but the former Dish customer service representative’s use of the drug still violated federal drug laws, under which marijuana is illegal in any form.

Coats had challenged Dish’s zero-tolerance drug policy, arguing that his medical marijuana use was legal under state law, and that he never consumed pot while he was on the job. But Colorado’s highest court agreed on Monday with a lower court’s previous opinion that a state law protecting employees from being terminated for partaking in “lawful activities” while off-duty actually refers to activities that are legal under both state and federal law.

“Therefore, employees who engage in an activity such as medical marijuana use that is permitted by state law but unlawful under federal law are not protected by the statute,” Colorado Supreme Court Justice Allison Eid wrote in the court’s opinion.

The ruling could go a long way toward clarifying what has been a fairly fuzzy issue in Colorado. The recreational marijuana market in the state has been up and running for less than two years, but medical pot has been legal there for more than a decade. Employers in the state are currently able to implement their own drug policies for employees.

Monday’s ruling only applies to workers in Colorado, which is one of 23 U.S. states where medical marijuana is legal. But the court’s opinion could influence lawmakers in other states where the drug is legal.
[fortune-brightcove videoid=3897675672001]